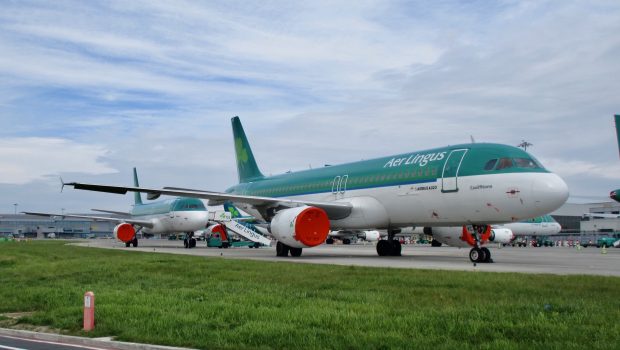 Aer Lingus announced on Friday afternoon that it will cut its workforce of 4,500 by around 500. The move comes just a few days after the airline said that it would press ahead with a plan to cut pay by 70% until August and a deal with the Unions was rejected. The airline said it had formally notified the Department of Employment Affairs and Social Protection regarding proposed collective redundancies at the airline.

In a statement by the airline, it said the crisis was having a “catastrophic” effect on the aviation industry, and that the company is currently operating less than 5% of its normal schedule. The airline also said that there was no certainty on when services would be restored to pre-COVID-19 levels or the future demand for its services. The airline also laid blame with the authorities for the 14-day quarantine requirement for arriving passengers, and travel advisories against all non-essential travel which will have an adverse effect on passenger numbers.

Aer Lingus is now commencing the required consultation process with employee representative organisations. Informing staff of the 500 redundancies via a video message, Chief Corporate Affairs Officer Donal Moriarty confirmed that the job losses will arise in the areas of inflight services, ground operations, maintenance, engineering and head office support. Outlining the unprecedented scale of the crisis, he said that IATA had forecast that the aviation sector will lose over $84 billion this year – the biggest losses in aviation history. Losses of a further $16 billion are forecast for 2021. By contrast, airlines lost $31 billion during the 2008 global financial crisis. The airline is expected to cut up to 120 support area jobs, 100 ground crew, 50 maintenance staff, with the remaining 230 coming from pilots and cabin crew.

The Unions representing the airlines’ staff have reacted angrily to the announcement and has vowed to keep redundancies to a minimum and anyone that leaves the company will do so on a voluntary basis. Aer Lingus is currently only flying about 5% of its regular schedule. Last Monday, Aer Lingus just 24 short-haul flights, down from 259 on the same day last year.

Aer Lingus is expected to reduce their long haul fleet this year by removing their Airbus A330-200 from service. Currently, three are stored in Shannon and one is operating some flights from Dublin.