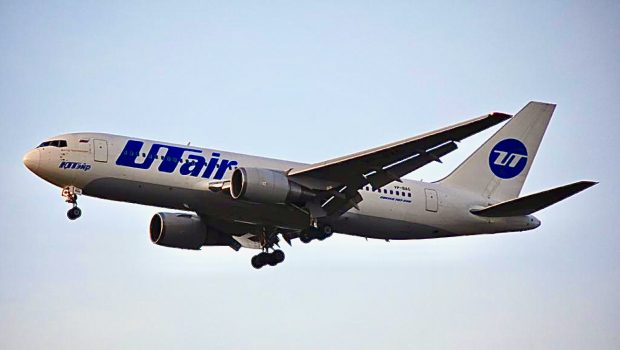 The Irish Army conducted a troop rotation from Dublin Airport to Damascus, Syria on Saturday 4th April. The flight was a chartered Boeing 767-200 of Russian Airline UT Air. The aircraft arrived in Dublin in the early hours of the morning from Moscow and departed out with 126 troops from the Defence Forces at around 04.30am to Damascus. The returning flight departed from Damascus at 16.07 and arrived back to Dublin at 19.48. The aircraft then positioned back to Moscow later in the evening. The returning troops must now self isolate for 14 days due to the COVID-19 pandemic.

The deployed group included personnel from the Army, Naval Service and Air Corps, mainly drawn from the 6th Infantry Battalion based in Custume Barracks, Athlone. The arrival in Dublin Airport was a low-key one with family and friends asked to stay away due to the ongoing Coronavirus outbreak.

The Irish troops mission in Syria will constitute a Quick Reaction Force which is a small, highly mobile and flexible force that can respond to any request made by the Force Commander within 15 minutes. The requests can range from the evacuation of UN personnel from UN positions for various emergency situations to routine patrols.

The personnel of the unit has a wide variety of experience ranging from those on their first deployment, to highly experienced senior non-commissioned officers (NCOs) and officers who have the experience of multiple trips. Once deployed, the Irish Infantry Group are working alongside soldiers from the Indian, Fijian and Nepalese armies.