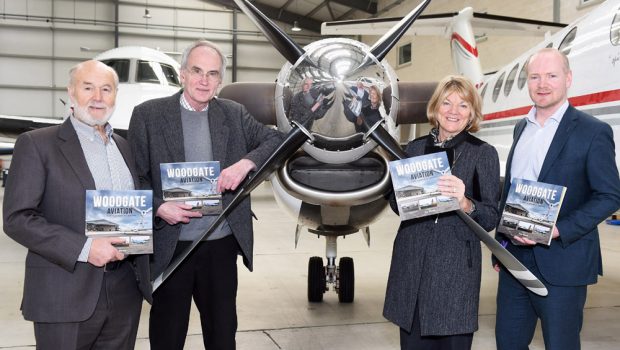 Woodgate Aviation is celebrating fifty years in business with a new book that tells its story from humble beginnings to a world-class company with a global reach. Operating out of facilities at Belfast International Airport, Woodgate Aviation began life with just a single aircraft and today operates a fleet of piston and turbo prop aircraft, along with private jet management and handling services from its purpose-built, state-of-the-art hangar FBO and Private Jet Departure Terminal.

‘Woodgate Aviation – 50 Years in Northern Ireland’ was researched and written by aviation expert and historian, Guy Warner, who described the project as ‘one of the most enjoyable I have ever undertaken.’

Woodgate Aviation also operates the fixed-wing Northern Ireland Air Ambulance and the Isle of Man Air Ambulance and, last year, transported hundreds of patients to and from hospitals in Great Britain. Health Minister, Robin Swann, who had to withdraw from attending the event because of the ongoing COVID-19 situation, said: “The fixed wing Air Ambulance service performs an essential and vital function transporting patients who are unable to fly commercially to Great Britain to access specialist medical care which isn’t available in Northern Ireland.

“Woodgate Aviation have successfully delivered this service on behalf of the Northern Ireland Heath and Social Care sector for the last 11 years and I would like to wish them well as they mark this important milestone and look forward to their next 50 years in business.”

Woodgate Aviation Accountable Manager, David Shaw said the company made a conscious decision to expand its operations six years ago with a new purpose-built hangar facility. Mr Shaw said: “The hangar was a step change for Woodgate Aviation. We have enjoyed expansion of all our services, from providing hangarage and management services for multi-million pound private jets to our Air Ambulance aircraft, along with the service we provide for Land & Property Services and, of course, providing re-fuelling facilities and maintenance by our team of aviation technicians.

“This is a business that is constantly changing. We now have a global reach and have an enviable reputation for the quality of the service we provide.

“We thought about the best way of celebrating our 50th anniversary and decided that this book by a respected aviation writer and enthusiast was the best way to proceed.

“It’s a great read, full of facts and with a few funny anecdotes thrown in for good measure. Our base looks nothing like what we had for the first forty or so years and hopefully the next chapter in our history will see us embark on further expansion and growth.” 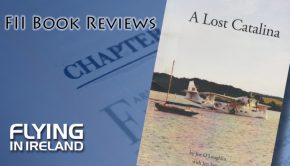