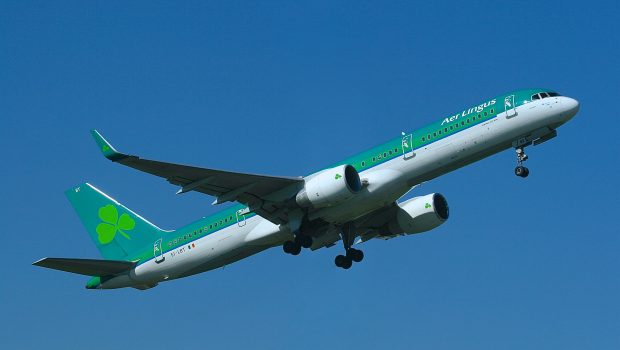 End of the line for the Boeing 757 for Aer Lingus?

The outbreak of the Coronavirus across the world will have many severe consequences for the global economy and the aviation industry. Many airlines have curtailed routes and started to park aircraft with the hope that they will return to the skies in the near future. When an aircraft type leaves a fleet, many airlines would mark the event by organising a flight for distinguished guests or enthusiasts, the last Aer Lingus Boeing 707 springs to mind or the last Concorde flights which received attention of the global media for its iconic status. In these days of social media coverage, many companies use such events to spread their presence in a positive manner.

Back in early 2014, Aer Lingus had leased three ex Finnair Boeing 757-200’s to be operated and flight crewed by ASL Airlines with Aer Lingus cabin crew for new routes to be operated across the Atlantic. New services to Windsor Locks and Toronto were established and some increased frequencies on other routes followed. A new service to JFK started in summer 2015 allowing passengers with an early morning 08.00 departure from Dublin and returning late at night with a 23.00 arrival. A forth aircraft was added to the fleet in 2016. The aircraft were popular with crew and passengers and had a high on-time rating while operating in Aer Lingus colours. New long thin transatlantic services were enabled such as Minneapolis that wouldn’t sustain an A330 on the route. The Toronto route opened up using the Boeing 757 only to be upgraded to the larger Airbus A330 when passenger numbers grew.

The end for the Boeing 757 was announced last summer when the disposal for the aircraft was finalised, the first three (all ex Finnair machines) would cease flying during the winter season and the forth aircraft would be retained until the summer when the new Airbus A321NX would be in the route network. These were delayed on delivery and the forth aircraft was expected to be retained for the summer of 2020 to cover as a spare aircraft for the fleet. The first three aircraft were all removed from service and then ferried from Dublin to Shannon where post lease work was carried out and the Aer Lingus marking were removed. EI-LBR was the first to leave the fleet departing Shannon to Bangor, Maine on 30th November 2019, and then on to Goodyear Arizona the following day. This was followed by EI-LBS which took the same routing departing from Shannon on 18th December 2019. EI-LBT finished its service with Aer Lingus, arriving from Toronto on the morning 5th January and then following post lease work, departed across to the USA where it ended up at Pinal Air Park, Marana, Arizona on 23rd January 2020.

The forth and final Boeing 757 EI-CJX operated its last service arriving from Minneapolis into Dublin on the morning of 16th March and was positioned to Shannon at 13.05 on 20th March for storage pending a decision on its future. But, due to the current climate with the outbreak of COVID-19 and the outlook for the aviation industry, it is highly likely that the premature ending of the Boeing 757 in Aer Lingus service has arrived. It also brings an end to the operation of Boeing aircraft in the Aer Lingus fleet for a second time as they previously finished operating the Boeing 737 back in January 2006.