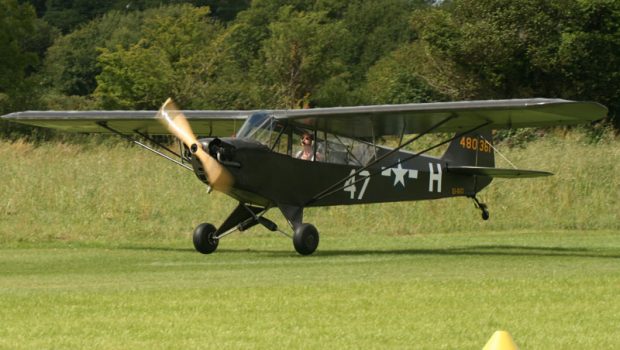 Both these disciplines are NOT a race, they are about accurate navigation, observation, timing and an accurate landing(s) at the end. The difference is, Precision is a solo event flown to a preplanned course marked with headings and timings and a separate four landings.

Rally flying is two up with a bare map (s), and has a much shorter time on the ground prior to take-off than in Precision because the navigator whilst seated in the aircraft has to plot the route from a sheet of clues that could be a direction and distance from a known point, be that of a VOR, a LAT/LONG or from a previous or future turning point or any combination (any selected point must be on the map). You will have half dozen plus photos taken by the organiser for you to identify and mark on your map. You also have to look for ground targets, again when seen, mark on your map. This is for the two person team, the navigator does the planning and looking out in any free time, he/she operates with 3 maps, one master the other two he passes to the pilot as and when needed during their time head down plotting the route. And don’t forget the accurate landing at the end! It may sound difficult but a little practice and you can get a reasonable result. 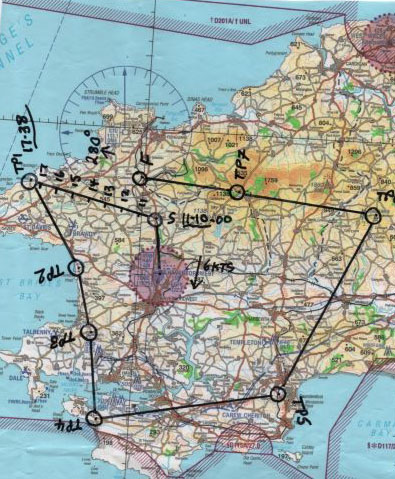 This map is marked up for leg 1 with heading and minute marks, the other legs would be marked likewise. The competitor would add accurately to the map any targets or photos identified.

The sport of Precision Flying is a single crew operation comprising three sections: Firstly there is a flight planning (theory) test. This is where a route is worked out by the competitor who has to calculate the distance, ground speed, time and heading of each leg of the route based on a constant airspeed and a given wind factor. No aviation or scientific calculators are allowed here and pilots have to use the traditional “Whizz Wheel”. Penalties are allocated for every incorrect calculation of time or heading. Only very small tolerances are allowed.

The second section is a flying test. Pilots have fly along a track at a nominated speed, accurate to the second. Pilots also have to identify photographs and ground markers along the route. These need to be marked on a map. Penalties are awarded for each second early or late over certain unknown check points and turning points as well as for misidentification / misplacement of the ground markers and photographs.

Finally there is the landing section where the pilot has to perform four landings from 1000ft on downwind. Two of the landings are glides (one flapless) and the other two are powered approaches (one over a 2 meter barrier). Pilots aim for a two meter deep stripe painted on the runway. Penalties are awarded for each meter long or short of the line.

The competitions are open to all aircraft types regardless of speeds. Precision flying is even suitable for aircraft with slow cruise speeds like the Cessna 150. Sometimes the slower the better as it gives you more time to spot targets!

Anyone who may be interested in either Precision or Rally Flying can contact Malcolm Evans for more information (mde@totalise.co.uk). For anyone interested in representing Ireland at The World Air Rally at Stellenbosch South Africa, visit saffa.co.za