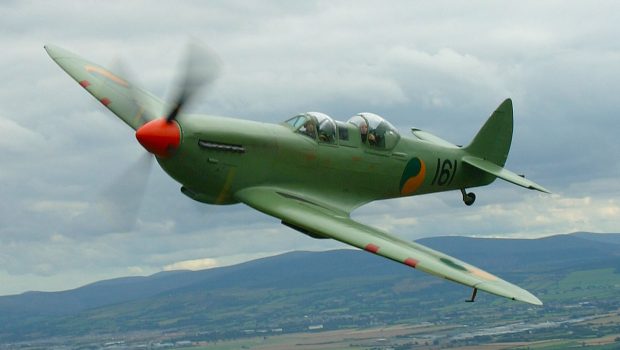 British Aerobatics has launched a prize draw to win a flight in a two seat Spitfire. The 30 minute flight will be provided by the Boultbee Flight Academy from the aerodrome at Lee-on-the-Solent. On the day, the winner will be fully briefed and kitted out, with the whole experience lasting around 3 hours.  The prize will also include an overnight stay and dinner for two at a luxury hotel at Goodwood. British Aerobatics will help in making all arrangements.

The proceeds from the draw will fund the British Aerobatics Team’s training, helping the top British aerobatic pilots, in both power and glider, to prepare for the World and European Championships. As in their previous prize draws, British Aerobatics will make a donation to the registered charity Aerobility, which facilitates flying training and flight experiences for disabled individuals. The prize draw will be held on the 11th March 2020. Tickets are £20 each and only 1,000 will be sold.

The Boultbee Flight Academy operate four Spitfires, two single seaters (RR232 & MJ271) and two TR9 two seaters (SM520 & PV202). PV202 will be of particular interest to Irish readers as it previously served in the Irish Air Corps as IAC161. PV202 was painted in Irish Air Corps colours following a rebuild in the early 2000’s until 2007.

You can enter the competition here.