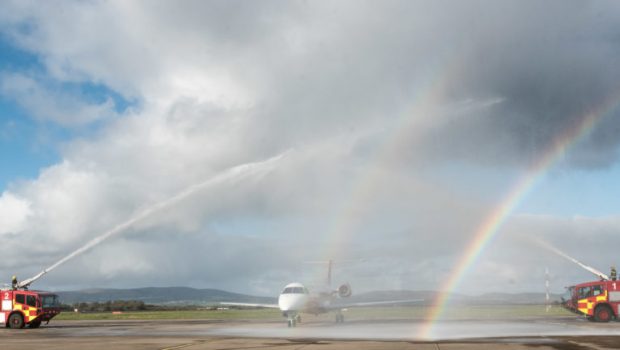 Challenging Times Ahead for City of Derry Airport

Like many other regional airports in Ireland, City of Derry Airport is struggling with its own challenges. The airport is owned by Derry and Strabane District Council and councillors there have heard that almost £6m is required to ensure the airport can continue to operate beyond 31st March 2021. The governance and strategic planning committee of the Council have agreed to “underwrite an additional sum up to £750,000 to keep the City of Derry operational to March 2021 as an interim measure to allow the airport to operate whilst engagement continues with government”.

In 2018, 185,843 passengers used the airport, which is a 58% reduction since its peak in 2008, and the airport’s lowest passenger figures since 2000. It currently serves routes to London, Glasgow, Manchester, Edinburgh and Liverpool. It’s estimated the Gross Value Added (GVA) to the Northern Ireland economy is £14.2m.

On the positive side, Loganair’s new daily service from City of Derry Airport to London Southend Airport took to the skies on Sunday 27th. Mayor of Derry City and Strabane District, Councillor Michaela Boyle, said: “I am delighted to see the start of this service to London Southend and the continuation of the vital daily direct link to London. The new link offers quick and easy access to an award-winning airport offering value for money and quality of service to customers.

“City of Derry Airport remains an important regional gateway which many local businesses have come to rely on. In keeping with the ambitions of our Strategic Growth Plan and promoting regional connectivity, we are committed to developing and enhancing services and sustainability at the airport and to ensuring that City of Derry Airport is the airport of choice for the North West of Ireland.

The Derry – London route is a UK Government PSO route and is funded at 100% until March 2021, but will reduce to 50% thereafter.