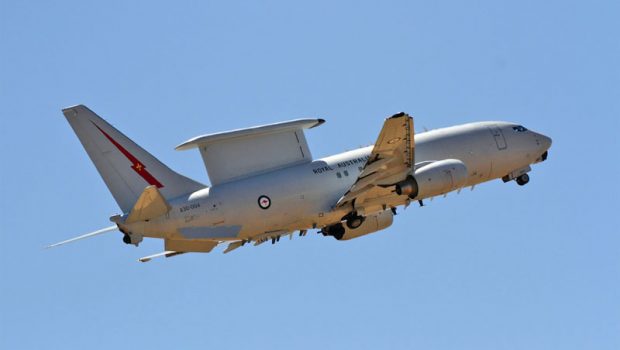 The RAAF show at Base Edinburgh near Adelaide produced a rewarding mix of its historic and current types. The Asia-Pacific region poses significant potential threats to Australia’s security so it has invested heavily in the latest military aircraft including up to one hundred F-35A Lightning II fifth generation Joint Strike Fighters. It’s ageing classic F/A-18 Hornets are being replaced by 24 F/A-18F Super Hornets pending the delivery of all F-35As. 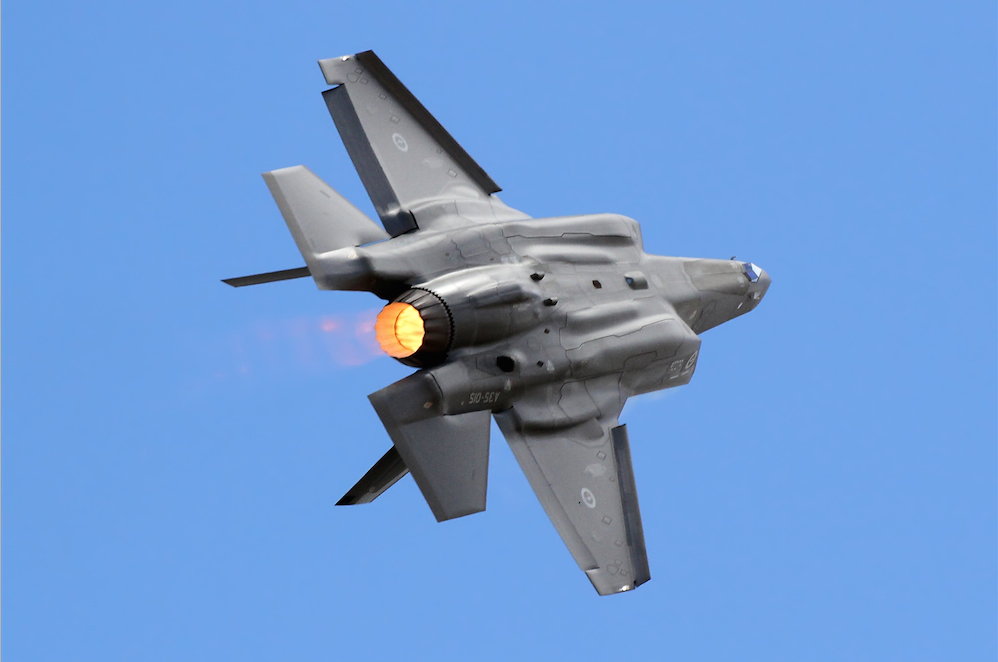 The RAAF also have eleven EA-18G Growlers for electronic attack and six Boeing E-7A Wedgetails built on the B737-700 airframe for airborne early warning and control.  For maritime patrol Australia has bought twelve Boeing P-8A Poseidons to replace its AP-3C Orions. All these types were part of the excellent flying display. 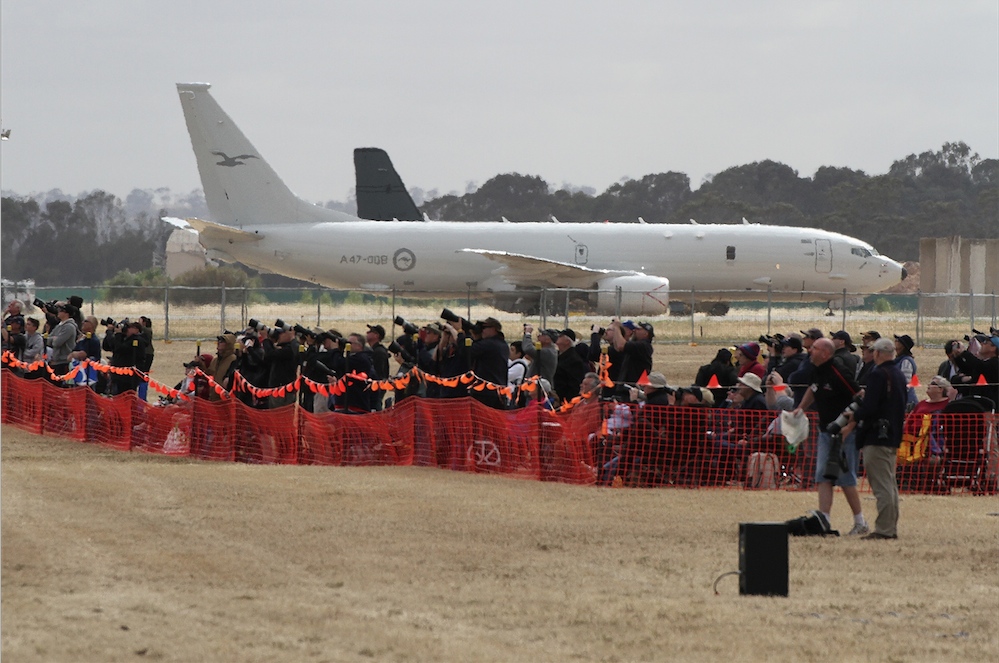 Australia has also bought six KC-30A Multi-Role Tankers developed from the Airbus A330 airframe. One performed a low flyby with an F/A-18A close to the refuel hose and drogue deployed from a wing pod. 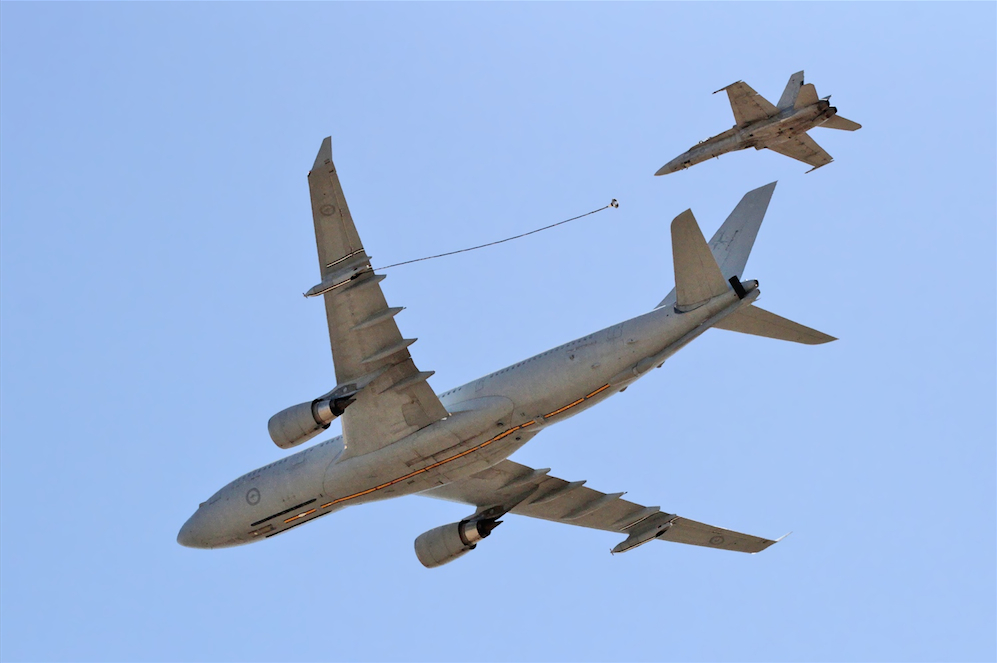 For pilot training the Pilatus PC9s have been replaced by 49 PC21s. The six-ship Roulettes air force display team performed at a major show with the PC21 for the first time. 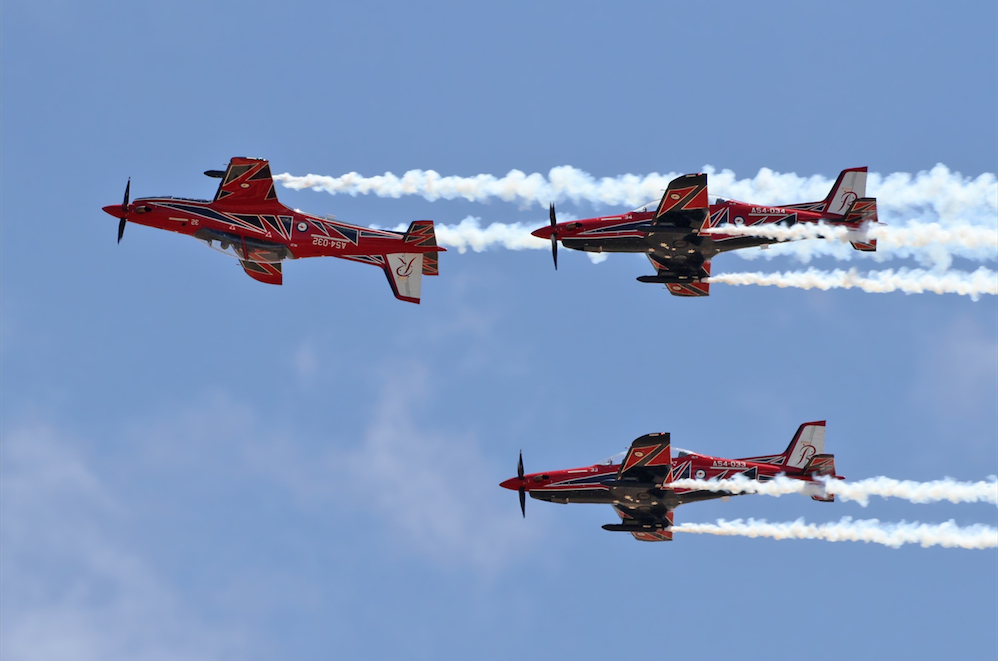 The morning flying displays consisted of historic RAAF types. From the thirties we saw the DH84 Dragon, Miles Magister and TigerMoth. During WW2 Australia was attacked by Japan and in desperate need of military aircraft. Unable to rely on overseas suppliers, they designed their own types. These included the CAC Boomerang fighter, of which two rare examples flew with a Lockheed Hudson bomber. 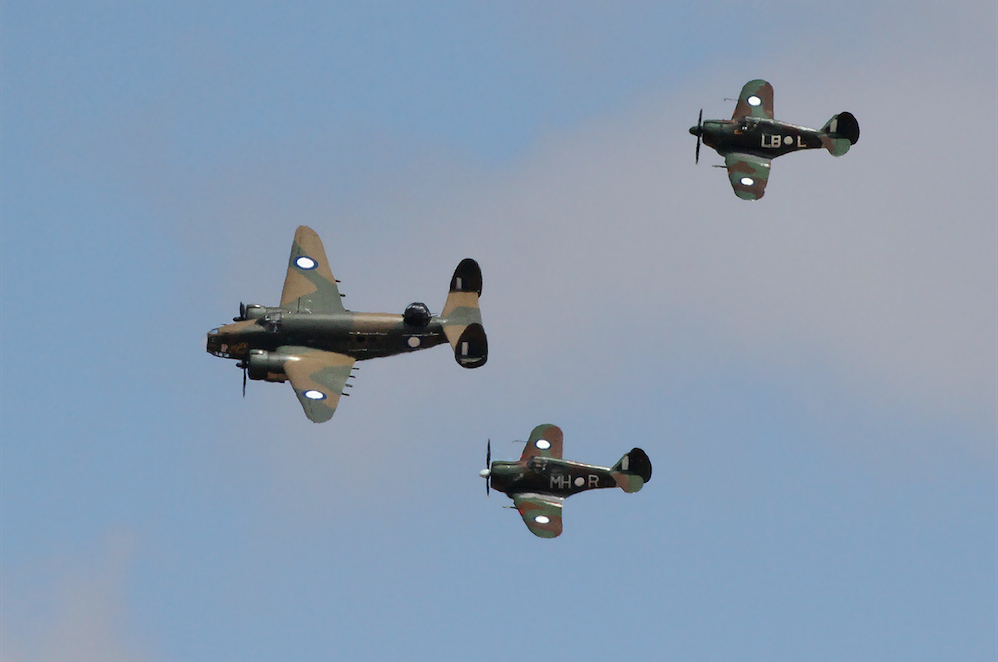 The Wirraway trainer was followed in peacetime by the Winjeel and later CT4A. From the WW2 period we also enjoyed the flying of Spitfire, Mustang, Hurricane and P40 Warhawk but for many the real gems at Base Edinburgh were the lovingly-restored large planes of HARS – the Historical Aircraft Restoration Society. These included a black Catalina, a Lockheed P-2 Neptune rescued after ending its days fire-fighting in Portugal and a de Havilland Canada DHC-4 Caribou. 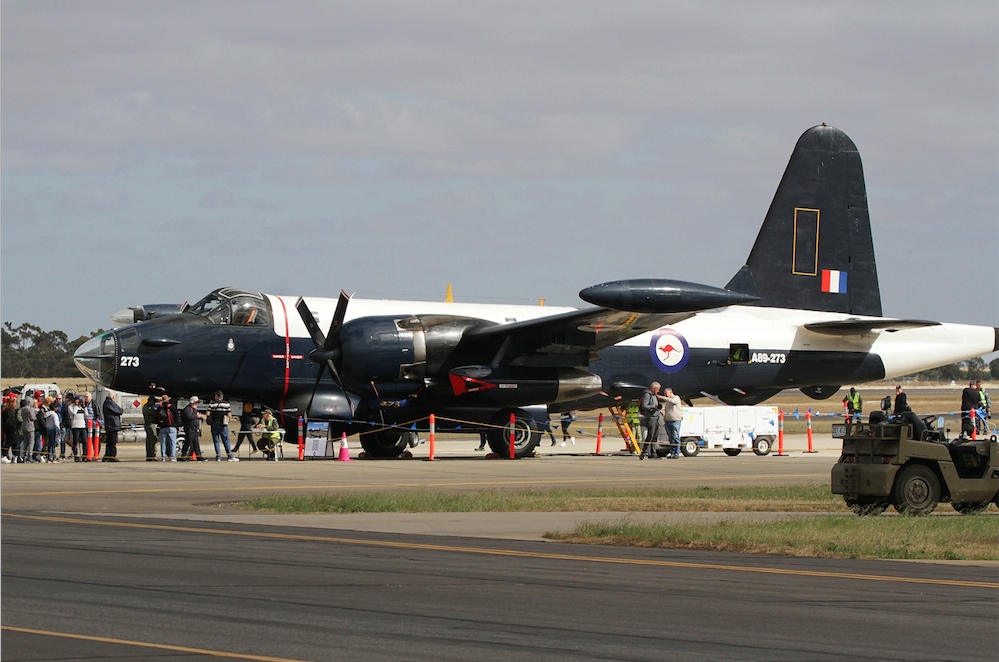 Australia used the Caribou from 1964 until 2009. It was famous for its steep nose-down approach and short rough-field landings. These aircraft were also open to close public inspection before and after their flying slots. 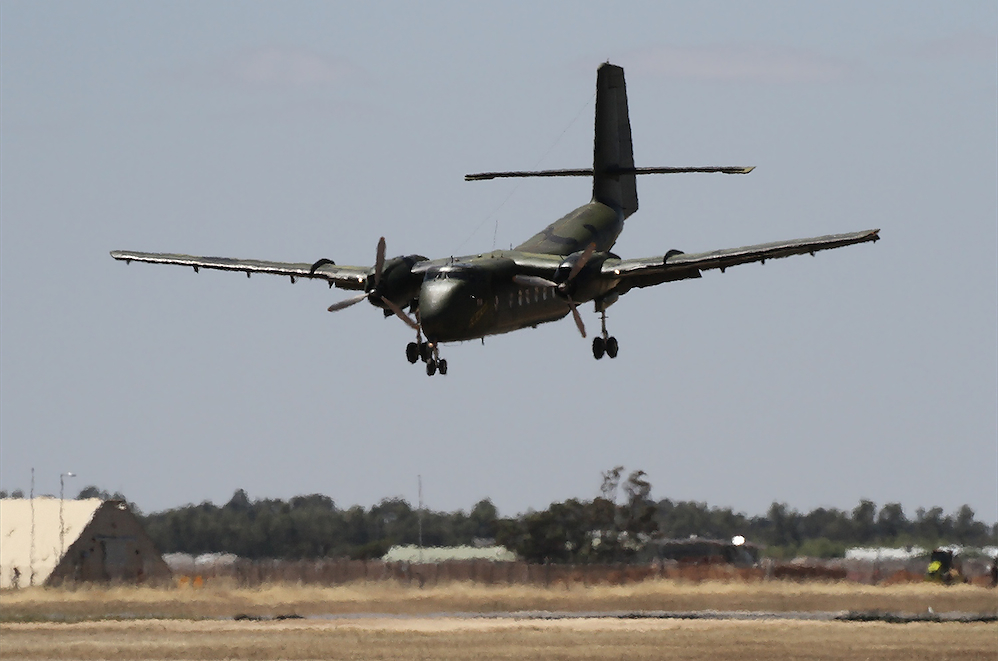 The varied static and flying items and the chance to see types rarely displayed outside Australia made the RAAF Base Edinburgh show a magnificent well-organised event. 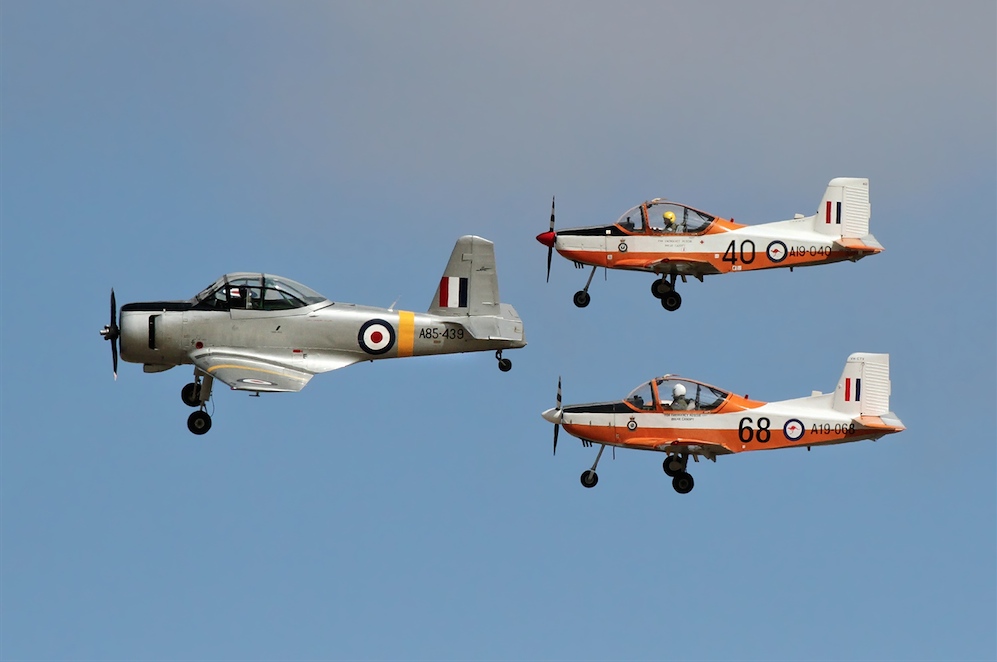 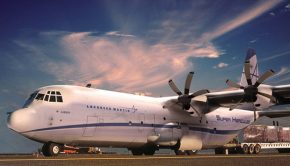