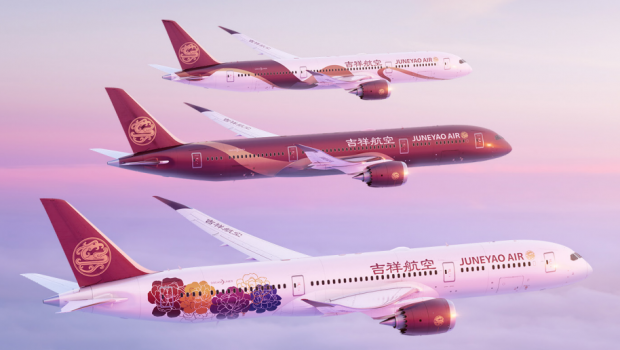 Chinese airline, Juneyao Air, has announced a new twice weekly service linking Shanghai with Dublin starting from March 29th 2020. The new service will operate into Dublin on a Thursday and Sunday morning. The service will have a stop in both directions at Helsinki in Finland. The airline has also received fifth freedom rights to enable them to carry passengers between Dublin and Helsinki on each leg. The route will be serviced by the airlines fleet of six Boeing 787-9 Dreamliner’s. The airlines fleet consists of Dreamliners and a fleet of 64 short haul Airbus aircraft having started operations in 2006.

Wang Junjin, Juneyao Air Chairman said he was delighted that Dublin was being added to the airline’s growing list of European destinations.  “We see strong demand for travel between Ireland and Shanghai and we are sure that this new service will grow the market by significantly improving the connectivity between Shanghai and Dublin. Our onward connections from Pudong Airport mean that this new service will link Dublin to the most energetic cities including Suzhou, Nanjing and Hangzhou in Eastern China, and the wider Asia-Pacific region and make it easier for Chinese tourists to experience everything that Ireland has to offer.”

Juneyao Air operates more than 160 routes linking cities in China and neighbouring countries to its major hubs in Shanghai and Nanjing.  The airline started its first European route, to Helsinki earlier this year and has plans to add both Athens and Manchester to its European routes for next year.

The flight departs Shanghai at 00.55 arriving in Dublin at 08.45, the outbound flight will depart Dublin at 10.00 arriving in Shanghai at 06.30 the next day. The new service by Juneyao Air is welcomed following the withdrawal of services from Chinese routes by Hainan Airlines which had served Shenzhen last summer and has suspended its Dublin Beijing service for the winter, although no date has yet been confirmed for its renewal.