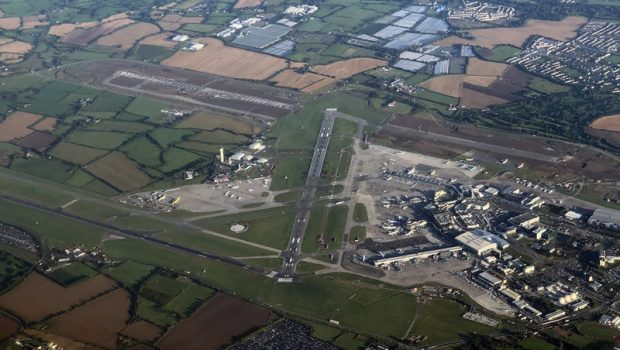 The first concrete pavement for Dublin Airport’s new North Runway will be laid within the next 10 days according to the daa who released a progress update this week. The start of construction of pavement quality concrete, which is the top layer of the new runway, is a key milestone for the €320 million North Runway project. The concrete will be poured at the western end of the new runway, which is more than six times longer than Dublin’s O’Connell Street.

However, Mr Philips warned that “the full economic benefits of the new runway risk being squandered in the medium term, as Dublin Airport will be unable to afford the investment urgently needed in other facilities, unless the Commission for Aviation Regulation (CAR) reverses its plan to cut airport charges by 22%.”

daa had intended to invest almost €2 billion to improve and expand facilities at Dublin Airport, while keeping its airport charges flat for the next five years. However, due to the regulator’s plans and the uncertainty that they have created, the next phase of development has been stood down. 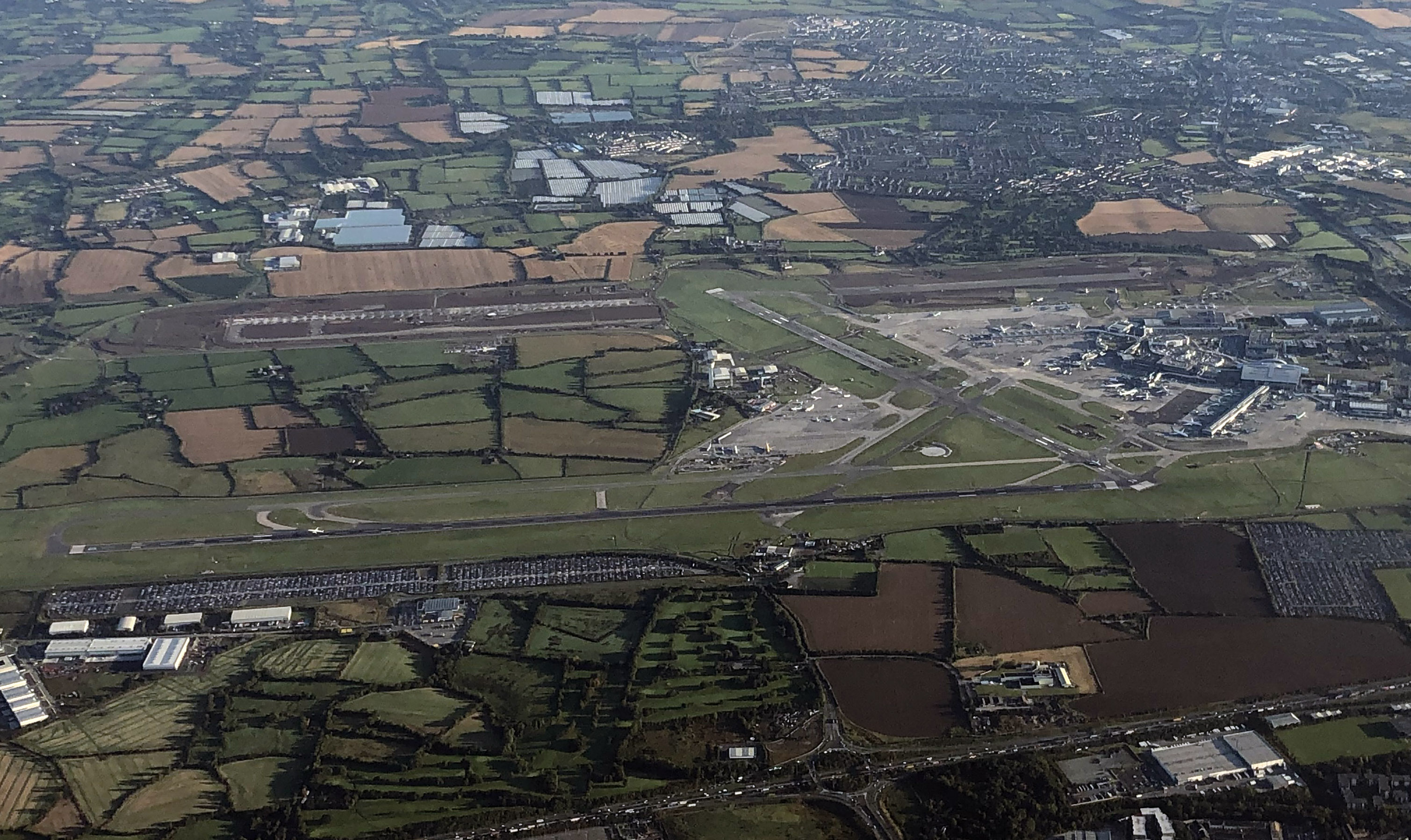 The new North Runway is now clearly visible from the air and the old runway 29/11 has now been removed except for a small section close to the old 29 threshold which is still used for aircraft parking.

“Because of the regulator’s proposals we could end up with a world-class new runway, but a yellow pack passenger experience,” Mr Philips said. “That’s not what our customers want, and it’s not what Ireland needs.”

Charges at Dublin Airport are already 30-40% cheaper than its European peers, but the aviation regulator plans to reduce them by a further 22%, which would mean that daa would be unable to finance the expansion and improvement in facilities that is required.

“Passenger numbers have increased by more than 50% in the past five years and to meet Government policy, Dublin Airport needs to expand,” according to Mr Philips.

“The delivery of North Runway will address the bottleneck that we have in relation to runway capacity – as the existing main runway is effectively full at key times of the day. But the airport also urgently needs new boarding gate areas, more aircraft parking stands, and other improvements if Ireland is to maximise the benefits of the new runway. Dublin Airport is at the epicentre of the Irish economy, and Ireland’s connectivity needs to be further enhanced, particularly in the context of Brexit.”

The aviation regulator will make its final decision in relation to airport charges within the next few weeks, and this will have a major impact on Dublin Airport for many years to come, according to Mr Philips. “CAR claims that it supports our planned investment programme in new facilities, but that support is worthless unless the regulator sets an airport charge that allows Dublin Airport to finance the programme.” 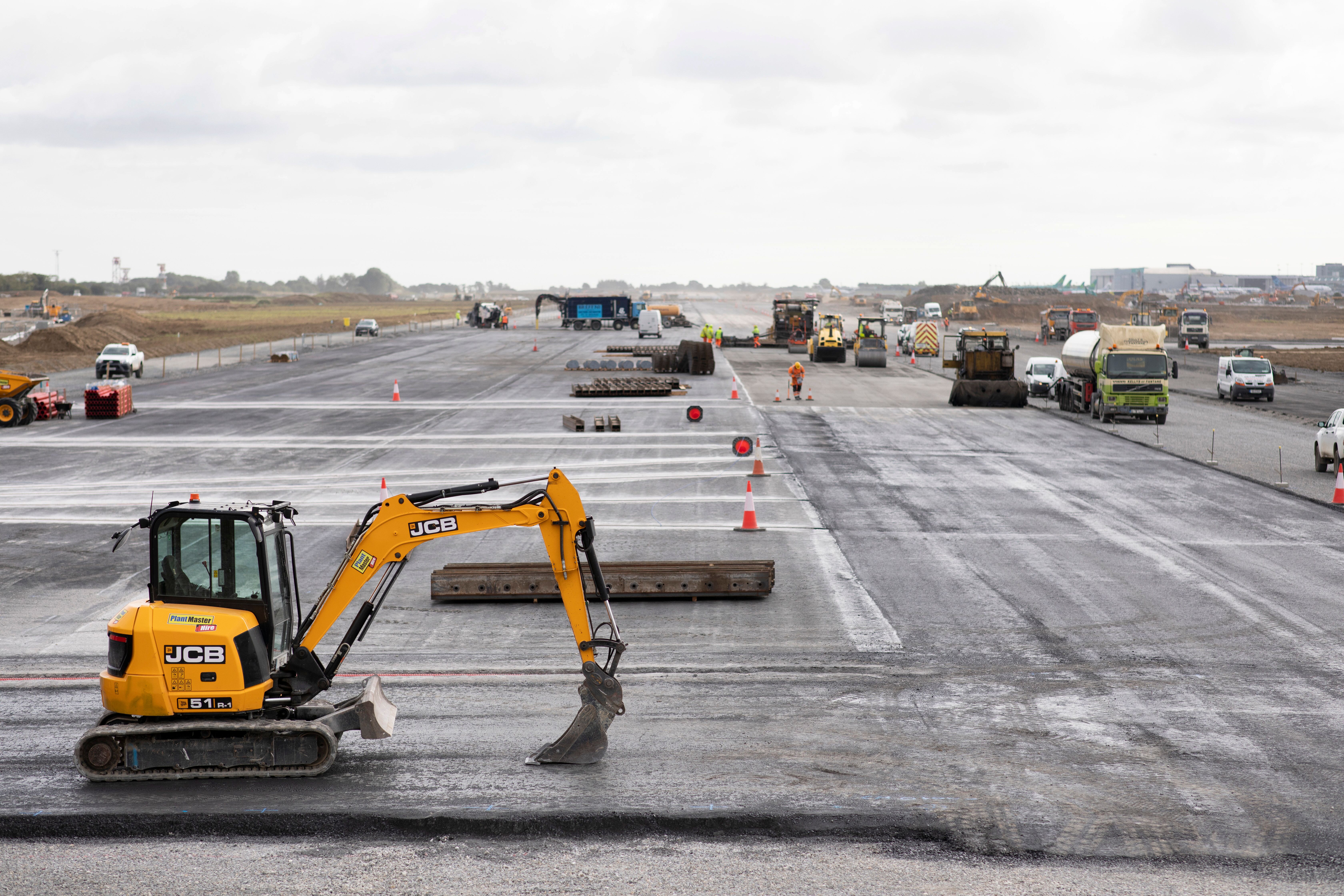 Construction of the landmark North Runway development is progressing on time and on budget, with about 240 people currently employed onsite and a further 60 people working in support functions offsite. The construction element of the project is due to be completed in early 2021 and this will be followed by about nine-months of commissioning and testing before the new runway becomes operational.

The delivery of North Runway is a key recommendation of the Government’s National Aviation Policy, as it will significantly expand connectivity at Dublin Airport and also enable the airport to continue to grow as a gateway between Europe and North America.

The new runway, which is part of Project Ireland 2040, is being funded through a combination of daa’s own revenues and borrowings. daa receives no financial support from the Irish State and has paid more than €100 million in dividends to the Exchequer over the past three years. While construction of the runway progresses, daa will be seeking the amendment of two onerous conditions that will apply once the new runway is built. These conditions would reduce capacity at key times of the day across the entire runway system at Dublin Airport. If the conditions were applied, Dublin Airport would have fewer flights between 11pm and 7am with two runways than it currently has with one main runway.

Fingal County Council has recently been appointed as the independent Competent Authority for aircraft noise at Dublin Airport and it will consider daa’s application to amend the two conditions in question.

“We’re very mindful of our neighbours and the balance that the new Competent Authority has to strike between Ireland’s national needs and the concerns that some local residents have in relation to the runway development,” Mr Philips said.

“It has never been Dublin Airport’s intention to have lots more flights in the middle of the night. But the conditions propose significant restrictions on operations at 6am-7am, which is the airport’s busiest time of the day, and also between 11pm and midnight when Irish-based airlines need to get their aircraft back to base in order to enable them to operate their business.”

North Runway is 3.1km long and is located almost 1.7km north of Dublin Airport’s current main runway. The runway is being built by a joint venture comprising Limerick-based construction company Roadbridge and the Spanish infrastructure group FCC Construcción (FCC). Roadbridge FCC won the main runway construction contract last October, following an international tender process. The delivery of the new runway will support the creation of 31,200 new Irish jobs and €2.2 billion in additional economic activity by 2043. The runway contract includes the construction of 306,000 square metres of new runway and taxiways. The runway and taxiways are being built to a depth of almost one metre in four separate layers in order to support the weight of a fully loaded aircraft.

The project also involves the construction of 6km of new internal airport roads, and two new electricity substations. New drainage and pollution controls will be installed, as well as about 8km of electrical cable, 11km of CCTV cable and more than 2,100 new energy efficient runway and taxiway lights. Dublin Airport, which is Ireland’s key aviation gateway, welcomed 31.5 million passengers last year. It has flights to almost 200 destinations in 43 countries, operated by 53 airlines and is the 11th busiest airport in the European Union. 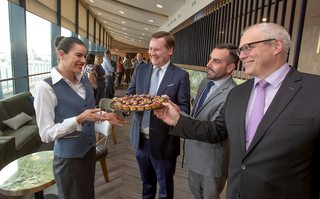 “East Lounge is an oasis of calm offering customers the space to relax, to dine or to work before boarding their flight. The concept and design of the lounge has a uniquely Irish feel which is warm and welcoming with fantastic views of the airfield and Dublin mountains.”