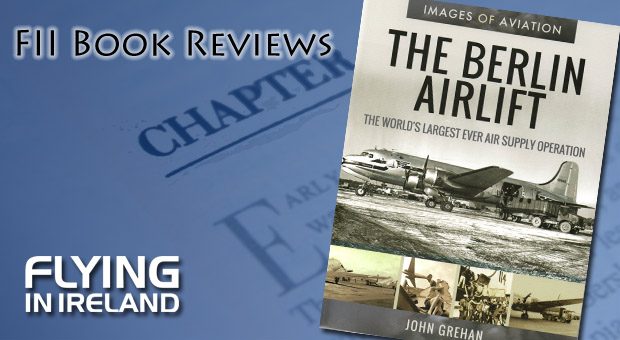 70 years ago air power performed a task over a sustained period of time that seemed all but impossible, not only in terms of the aircraft and crews but also regarding logistics, timetabling, planning, distribution, air traffic control and servicing. Human ingenuity, skill, endeavour and courage knew no bounds in the course of the highly appropriately named Operation PLAINFARE (British) and Operation VITTLES (US). All of the planning was carried out with nothing more sophisticated than pencil and paper, blackboard and chalk.

I have been privileged to meet two aircrew members who took part in the Airlift, Flight Engineer John Sayers of 230 Squadron, who flew 114 trips in Sunderlands and Captain John Francis of Skyways, who was a co-pilot in Lancastrians and Yorks. John Sayers recalled, ‘Carrying a cargo of ‘Siemens’ lightbulbs was a loadmaster’s dream, thousands could be crammed into every nook and cranny without having to worry about distribution, centre of gravity or maximum load.’

The book begins with a concise and helpful description of the political and economic background to the crisis and its early development, as the Soviets increased the pressure to test the resolve of the Allies. There is also a very interesting and quite detailed description of ATC procedures. The text is in diary form and is heavily illustrated. The well-selected and comprehensive images are reproduced on good quality paper, all with extended, informative captions. There are also quite a number of double page spreads. The photo research carried out by the author is quite outstanding. On the other hand, while there is a considerable amount of information, this is not a particularly easy or flowing read, and is not made any easier by the size and style of font.

There are many nuggets of fascinating detail –

This is an astounding story, lasting 406 days, involving more than a quarter of a million air movements, delivering two and a quarter million tons of essential supplies, at a cost of the lives of 75 aircrew. I would certainly recommend purchasing it and wonder if the same level of political resolve and commitment would be shown today.