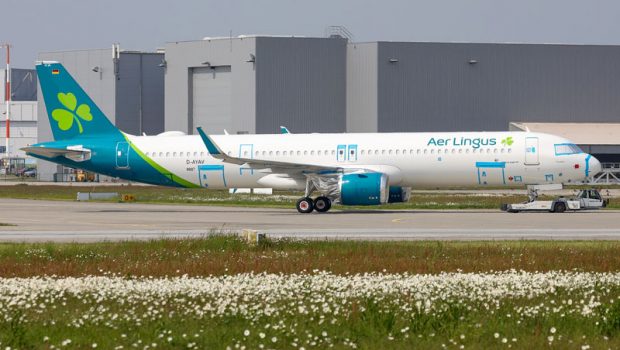 The next addition to the Aer Lingus fleet, EI-LRA, was pictured over the weekend at Hamburg Finkenwerder Airport (EDHI) painted in the new Aer Lingus colour scheme. The aircraft is now fitted with its CFM LEAP 1A engines. Delivery was originally due for Q2 this year but Aer Lingus have already delayed capacity towards the end of the summer due to production delays. The photo below was taken by Mathias Düber.