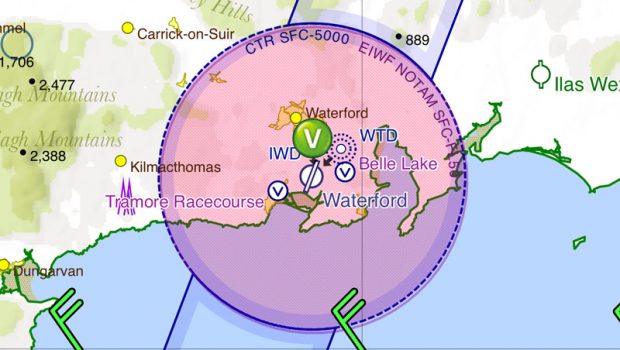 The IAA have issued a new Aeronautical Notice establishing Radio Mandatory Zones (RMZ) at Sligo, Waterford and Newcastle Aerodromes. Rules of the Air Notice R.07 published on 8th March now mandates the use of a radio in Class G airspace when an Aerodrome Flight Information Service (AFIS) is provided and within 10NM of Sligo and Waterford (i.e. within the footprint of the existing CTR but when there is no Air Traffic Controller on duty). In addition, Aeronautical Notice R.04 was also amended on 8th March to make both of these areas Transponder Mandatory Zones (TMZ) when an AFIS is provided. It’s disappointing to see that both of these notices have been published without any consultation with the wider General Aviation community. These requirements appear to be a little over the top for a number of reasons;

By comparison, you can operate within 8 miles of the centreline at Heathrow Airport in class G airspace without the requirement to use a radio or transponder! 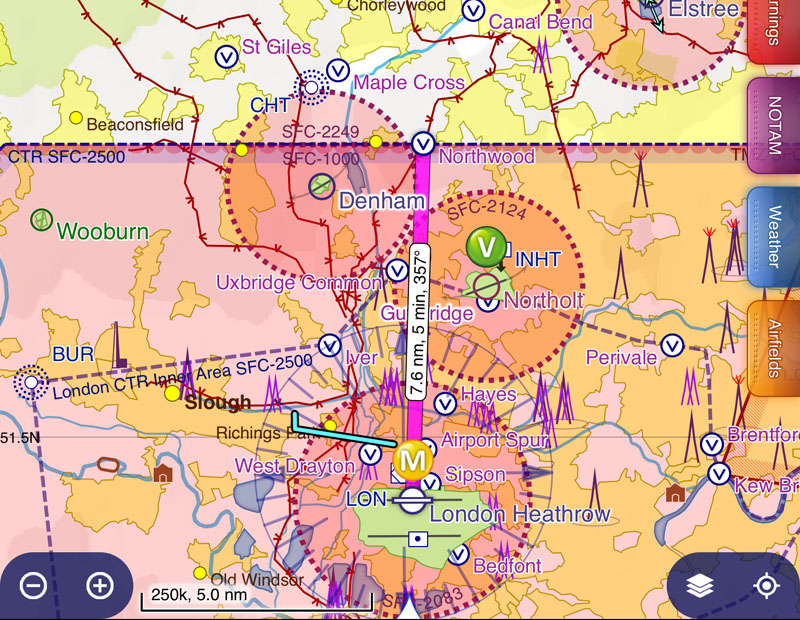 A screenshot from SkyDemon showing the distance from the centreline of runway 27R at Heathrow to the edge of Class D controlled airspace.

The aerodrome traffic zone (ATZ) at Newcastle Aerodrome, Co. Wicklow has also been designated an RMZ (but not a TMZ). The ATZ at Newcastle is designated as 1.5NM from the aerodrome reference point up to 1500ft AGL. At least this requirement makes sense due to the amount of movements that take place at the aerodrome, most likely a multiple of Sligo and Waterford combined. It should be noted that the “stubs” on the extended centrelines to the approaches at both Sligo and Waterford remain part of the Shannon CTA and are therefore always designated Class C airspace.

Before entering a radio mandatory zone, an initial call containing the designation of the station being called, call sign, type of aircraft, position, level, the intentions of the flight, shall be made by pilots on the appropriate communication channel. For example, “Newcastle, Echo India Alpha Bravo Charlie, Cessna 150, 5 miles north of the field, altitude 1400ft to transit through the overhead”.

Hopefully prior to the next revision of these notices, the IAA will consult with the wider General Aviation community on the impact of airspace and rules of the air changes.