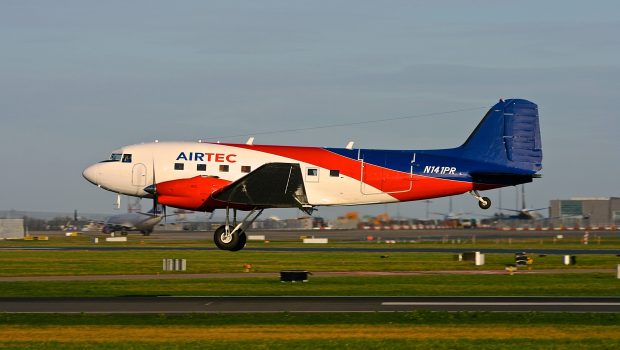 Dublin Airport had a surprise visit on Wednesday, January 9th of a classic Douglas (Basler) DC-3. The aircraft was enroute from the USA to Djibouti when it called in on a fuel stop. The 1942 built classic Dakota has been converted by Basler from Oshkosk, Wisconsin in the USA to a BT-67 Turbo Dakota with P&W PT6A-67R engines. The Basler BT-67 is a remanufactured and modified DC-3, designed to increase the lifespan and serviceability of the DC-3. The conversion includes fitting the airframe with new turboprop engines, lengthening the fuselage, strengthening the airframe, upgrading the avionics, and making modifications to the wing leading edges and wing tips. the Basler BT-67 has an increased capacity of 38 passengers and a range of 2,100 nautical miles.

The transatlantic journey for this aircraft began on Monday January 7th where it made it to St. John’s in Newfoundland, Canada and continued on to Keflavik in Iceland. It was due leave Keflavik on Tuesday evening and head for Zurich but the poor weather across Central Europe caused a change of flight plan. A rescheduled plan was issued and the flight to Dublin for a short fuel stop was to be made late into Tuesday night but again poor weather put an end to this. On Wednesday morning, Irish aviation enthusiasts awoke to the news that it was airborne and heading in a South East direction from Keflavik. With bright sunshine for its arrival, the star visitor of the year was greeted by many photographers. It remained on the ground for just over 90 minutes before heading off on its way to Genoa in Italy. The weather in Genoa caused the aircraft to hold off the coast for a while before it diverted to Pisa for an overnight stop. It is due to continue onwards to Cairo and the Djibouti for a three day visit. 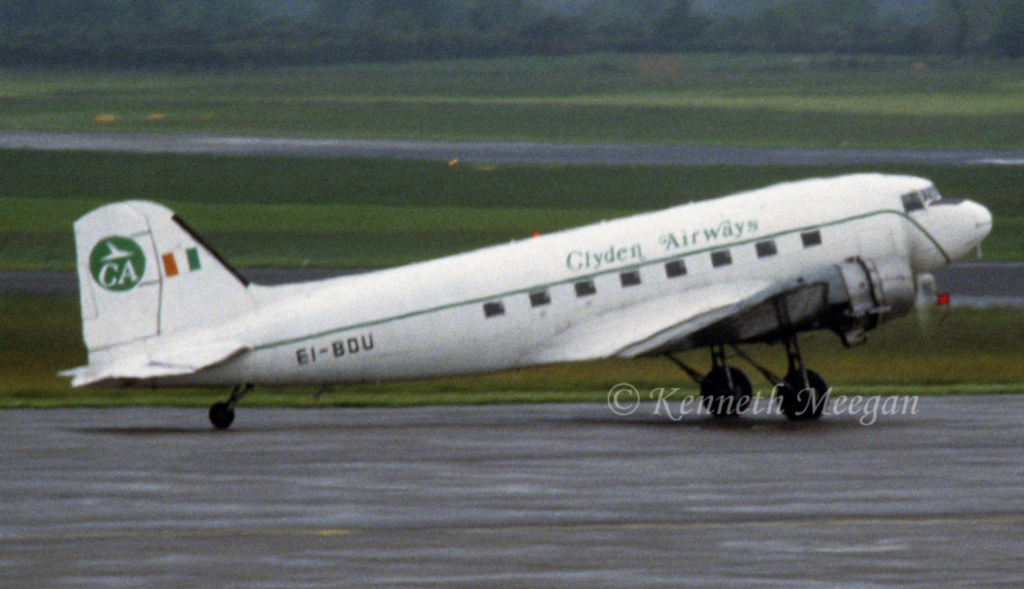 N141PR in its previous life when operated by Clyden Airways in the 1970’s. Photo by Kenneth Meegan

The Basler BT-67 is owned by AIRtec who are based at St. Mary’s County Airport, Maryland. AIRtec modifies and operates jet, turbo-prop, fixed and rotary-wing aircraft to deliver critical airborne services to government and science customers. This particular aircraft is no stranger to Ireland having being operated by Clyden Airways in the late 1970’s until 1981 when they ceased operations.