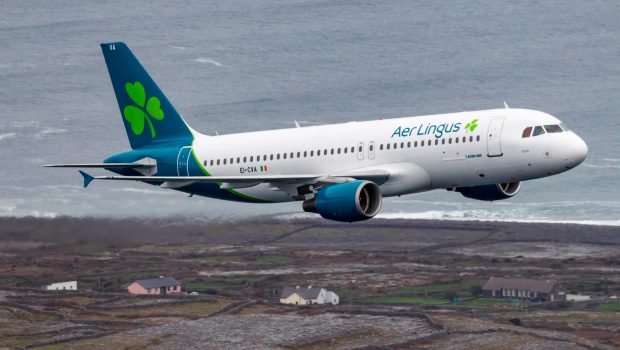 For the first time in over 20 years, Aer Lingus have launched a rebranding of their corporate identity. The new brand identity supports Aer Lingus’ ambition to be the leading value carrier across the North Atlantic. The new logo retains the iconic shamrock logo but having been restyled to symbolise dynamism and speed, with heart-shaped leaves reflecting the warmth and hospitality of the brand.  The new aircraft livery will have four shamrocks, the first is within the new logo, the second sits on the tailfin, a third welcomes guests at the door  and one on the inside of the wingtip which is expected to be ideally placed for those wishing to capture images for social media. Although surprisingly, there is no shamrocks on the engine cowlings.

The Aer Lingus logo font has changed to ‘diodrum’ and the dominant colour is teal. The body of the new look Aer Lingus aircraft will be white with a teal-coloured tail and engines, the rebranding will feature across all platforms with a new look website and app having gone live following the launch. The rebranding will happen at airports throughout Europe and North America over the next week and work is expected to commence on all visible points at Terminal 2 in Dublin Airport from check-in to boarding in the next few days. The repainting of the fleet of over 60 aircraft is expected to take around three years and the new Airbus A321LR due for delivery this year will arrive in the new livery. 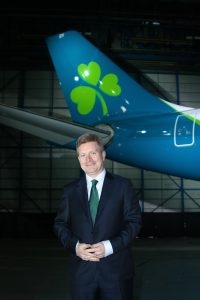 Speaking at the rebranding launch, Sean Doyle, Chief Executive Officer, Aer Lingus said “Aer Lingus is a modern Irish international success story, built on hard work, enterprise and the commitment of our people. We’re delighted to unveil our brand refresh today, which comes more than 20 years after Aer Lingus last invested in new brand livery, and reflects our position as a modern, contemporary airline. Aer Lingus has had exceptional success in recent years: adding new routes, new aircraft, new jobs and new opportunities for colleagues and guests alike. The refreshed brand reflects an airline that connects those living in Montreal to Marseilles; in Berlin to Boston; as well as those living in Cork to Croatia. The benefit for Ireland of being at the fulcrum of such connections is considerable and we in Aer Lingus are determined to realise this potential for Ireland. We have ambitious plans for our future and the years ahead, yet we are aware of challenges facing the modern industry and thus investment in our new brand identity and livery; our new uniforms which will be unveiled later this year; and our fleet expansion are considered investments in the future of Aer Lingus to enable us realise our ambition to be the leading value carrier across the North Atlantic.” 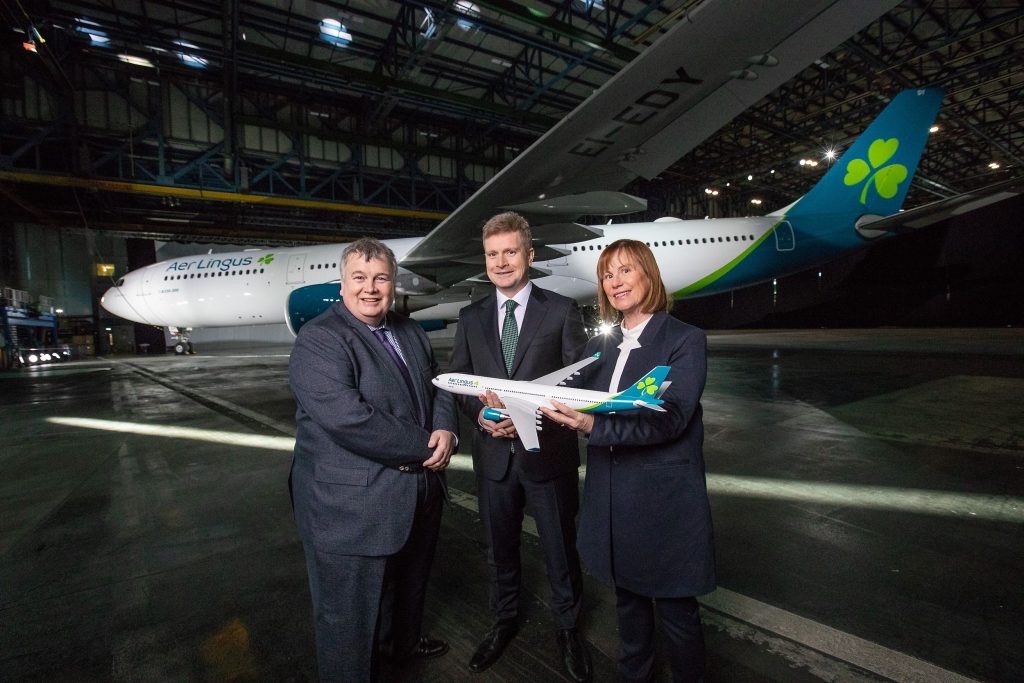 In searching for the new brand, New York based Lippincott Agency was selected to design the new identity. The company used 26 focus groups across Europe and North America. Over 80 different styles of Shamrock were under consideration for the design until they arrived at the one with heart-shaped leaves, reflecting the warmth and hospitality of the brand. Following on the launch of the livery, the staff uniforms will also undergo a change with designer Louise Kennedy currently working on designs which will be unveiled later in the year.