1.15 Million Flights Through Irish Airspace in 2018

Over 1.15 + Million Flights were handled by the IAA in Irish Airspace during 2018, almost the same figure as 2017. In addition, the IAA also announced that total flights handled for November 2018 amounted to 83,362 movements, making it the busiest-ever November in Ireland’s history an up +0.5% over November 2017. 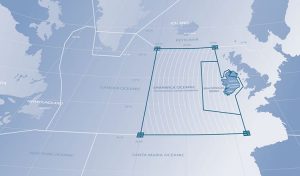 There were 24,526 overflight traffic movements and 36,775 North Atlantic Communications flights during November. Traffic at the three State airports when compared to the same month in 2017 were;

Commenting on the announcement, IAA Chief Executive, Peter Kearney said; “These figures show how aviation continues to open Ireland up to the world. The management of air traffic growth is a key driver for our economy, and innovation and efficiency underpin everything we do at the IAA. The new IAA air traffic control tower currently under construction at Dublin airport is a prime example of this. Projects like this will further improve our service excellence to customers and passengers.”