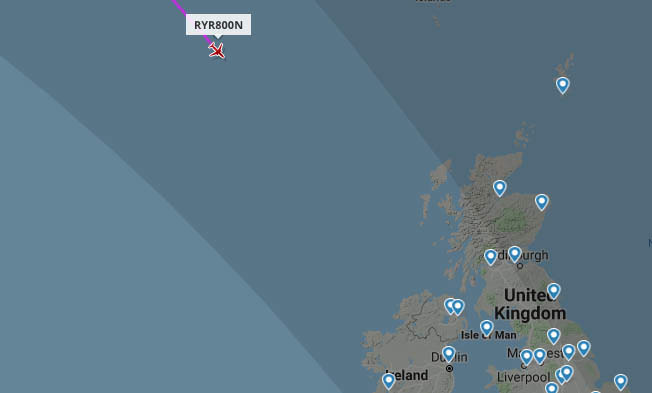 EI-GXN, the final Boeing 737-800 for Ryanair, on its way to Dublin this evening.

Ryanair’s history with the 737 stretches back 24 years to 1994 when it took delivery of its first -200, EI-CJC which was delivered in January of that year. This was famously painted in the distinctive Hertz yellow colour scheme and was affectionately known at the flying banana. The company went on to operate 21 of the type, a mix of -204’s, -230’s and a -2T5 variant. The last -200, EI-CNW departed Dublin for the last time on 23rd December 2005 using the callsign “Ryanair 2005”. After take-off the aircraft did a pass along the runway and “waved” its wings in a farewell motion before heading for Prestwick before it was handed over to its new owners. 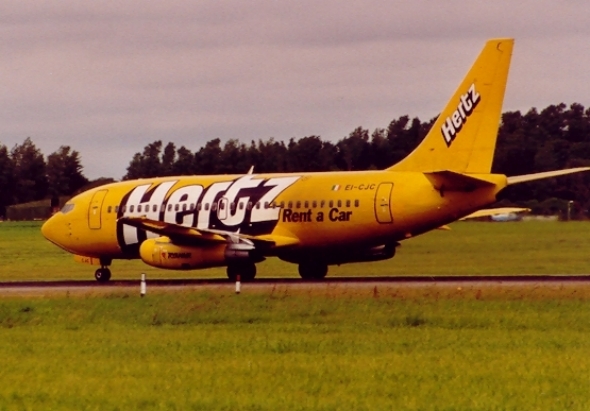 Following the floatation of the company in 1997, on 9th March 1998 Ryanair placed an order for 45 (25 firm and 20 options) brand new Boeing 737-800 series aircraft with a value of over $2bn. The first one, EI-CSA, was delivered on the 19th March 1999. It left the Ryanair fleet in October 2007 and continues to fly to this day for AnadoluJet as TC-SBJ. A further order for 155 aircraft was made in 2001 and subsequent orders went on to make Ryanair the biggest 737-800 operator in the world. It was, and still is the second biggest 737 operator in the world behind Southwest who operate a mixed fleet of -700 and -800 variants. The delivery of the last 737NG to Ryanair marks the end of an era for the company but the beginning of a new one.

In Q2 2019, Ryanair will receive its first new Boeing 737-8200 MAX, a new variant of the MAX developed specifically for Ryanair. The first aircraft, currently carrying test registration N1786B has been built and is currently having its interior fitted at the Boeing factory. As a new variant, it will have to go through certification by the FAA and EASA in early 2019. 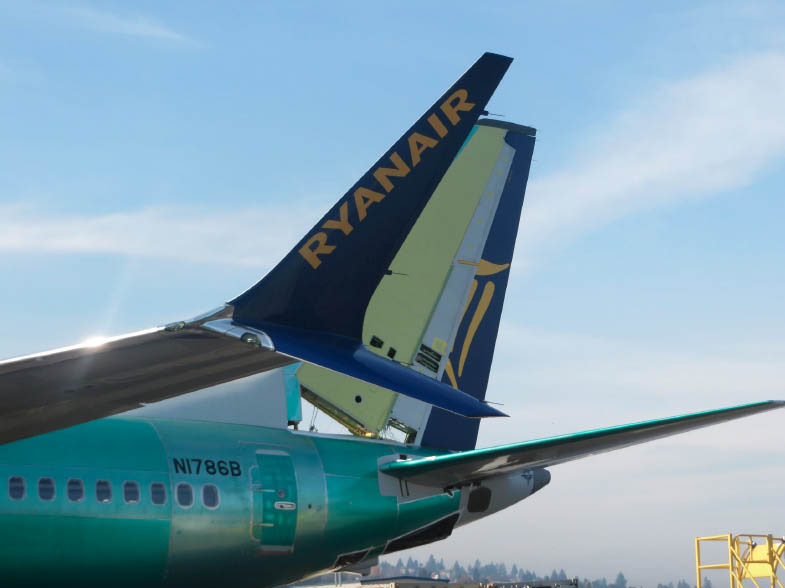 The main difference when compared to the standard 737-8 MAX is the addition of Mid Exit Doors just aft of the wing which are similar to the type fitted to the 737-900ER. The extra seat capacity is achieved by moving the aft lavatories into the tail section. Most of the efficiencies are gained from the CFM LEAP1B geared turbofan engines. These engines have a bigger fan and an exhaust cowling similar to the Dreamliner to reduce its noise footprint. The bigger fan reduces the ground clearance so the landing gear stands taller to accommodate this. Efficiencies are also gained from the Advanced Technology Winglets that sweep up as well as down and the APU and tailcone have also been redesigned. 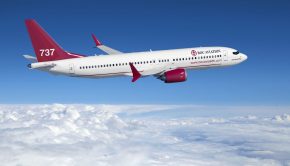