As I write the 571st, and final, Boeing 737NG is on its way to Dublin on delivery from The Boeing 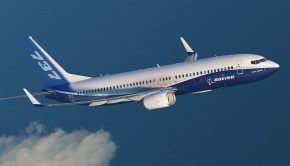 Dublin based Acumen Aviation has confirmed its appointment as the asset manager for two Boeing 737-800 aircraft. Both Boeing aircraft