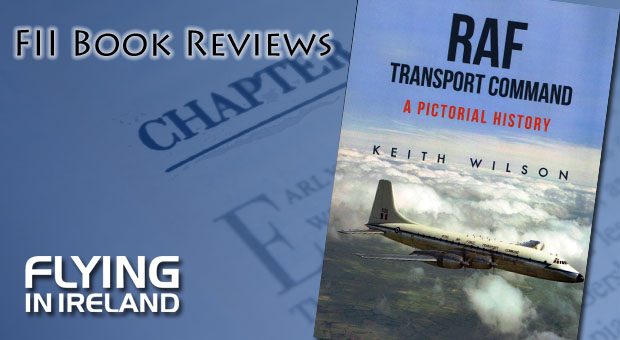 Air Historical Branch RAF has opened up its photo archive for this book and what a treasure trove it is. The colour images of transport aircraft are particularly attractive, for example the Argosy formation on the back cover and the pristine Britannia on the front. My personal favourite is on page 80. This is the first of a new ‘Pictorial History’ series and can be warmly welcomed.

Transport Command was created in 1943 when Ferry Command was amalgamated with two Transport Groups and a Wing. The trick was repeated 24 years later when the name was changed to Air Support Command.

The new command was soon in action in 1943 with Op Husky, followed by Overlord, Market and Varsity. With the cessation of the war in Europe the effort was devoted to trooping to and repatriation from the Far East. Post-war the Command was retained but reduced in size, with some of its US-built types being replaced by Yorks, Valettas and Hastings, though fortunately, many faithful Dakotas were retained for the Berlin Airlift. This mighty task also fell to Sunderlands, USAF C-54s and civilian contractors. The statistics are truly impressive: 2.3 million tons, ½ million round trips, ¾ million flying hours and 100 million miles flown.

Throughout the 1950s transport types flew to destinations such as Korea, the Canal Zone, Persia, Jordan, Cyprus, Malaya, Hong Kong and more. One unusual task was ferrying Canadian-made Sabres to the UK. New types were introduced, the Beverley, Comet 2, Britannia and Twin Pioneer. The 1960s brought further action in the Indonesian Confrontation, the Zambian Oil Lift, the emergency in Aden and aid to the civil community in the Big Freeze of 1963. This decade also saw the advent of the Belvedere, Argosy (Whistling Wheelbarrow), Whirlwind, Belfast, Andover, VC-10 and Hercules. Meanwhile at the smaller end of the scale, communications flying was maintained by Ansons, Proctors, Valettas, Devons, Pembrokes and, latterly, Bassets.

The well-captioned photo sections are linked by eight accurate and informative essays. The only error I could spot was in the middle caption on page 81 – see if you can find it!

This is a really excellent little book and can be recommended as a present for an air-minded son or daughter, grandson or grand-daughter (or even yourself!).