The result of an investigation into a systems failure at the Shannon Area Control Centre (ACC) at Ballycasey has found “an irregular software occurrence” was to blame. The event happened on the evening of 2nd October which lead to air traffic controllers losing many systems. Despite many media reports, the radar continued to function at all times and controllers were able to switch immediately to the backup system to control traffic. The backup system is primarily used to get existing aircraft under radar control on the ground, or out of Irish airspace and as a result, the decision was made to go to a zero flow rate in the Shannon FIR (excluding the Dublin area) until the problem was resolved. 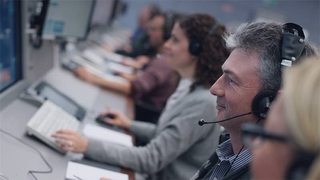 In a statement the IAA said “When the technical issue occurred on Tuesday evening, we are satisfied that the back-up system and contingency planning worked as required.  This ensured that we restored full service in a safe and timely manner and disruption to aircraft was minimal. The IAA continues to invest in its state-of-the-art air traffic management system and in the development of our staff, to deliver a world-class service to our airline customers.”

The zero flow rate luckily happened at a relatively quiet time when there was little Transatlantic traffic although some restrictions were put in place. For North Atlantic westbound oceanic traffic arriving at KORD/Chicago, KDTW/Detroit, KBOS/Boston and Canadian airports on Wednesday between 10-20 UTC, Boston ACC requested that aircraft file on Oceanic Track GOLF or north of Track GOLF. There were a number of cancellations in and out of Cork and Shannon however some flights diverted to Dublin before continuing on to Shannon after the restrictions were lifted.

The IAA also went on to clarify some statements that were published by some media outlets: