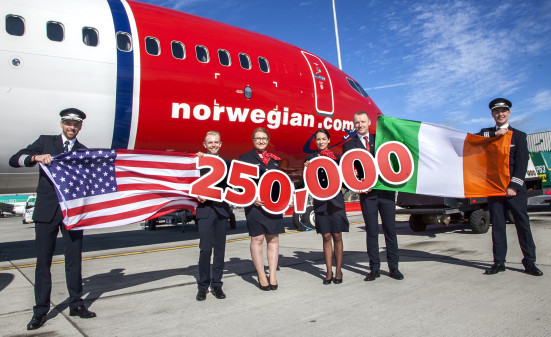 This week, Norwegian has reached an important milestone in its continued growth at Dublin Airport by flying more than 250,000 transatlantic passengers to and from the New York and Boston areas since launch in the summer of 2017. The airline’s affordable flights to smaller airports near two major US east coast cities has generated strong demand among Irish and American consumers who can take advantage of great value transatlantic fares from €101 one way at www.norwegian.com/ie . Voted Skytrax Best Low-Cost Airline in Europe and World’s Best Low-Cost Long-Haul Airline 2018, Norwegian has quickly established itself as a leading transatlantic carrier from Dublin Airport. Norwegian is the only airline to operate nonstop transatlantic flights to New York Stewart International Airport and Providence International Airport, Rhode Island and will increase its weekly transatlantic flights from Dublin next summer with the addition of a brand-new daily service to Hamilton (Toronto) Canada from 31 March 2019. Marking the occasion, Matthew Wood, Senior Vice President of Long-Haul at Norwegian said “We would like to thank all 250,000 customers for choosing Norwegian and taking advantage of our high-quality flights to the USA from Dublin Airport. Fares have been too high for too long and reaching this milestone in just over a year highlights the huge demand for lower fares on transatlantic flights. We’ve seized the opportunity for growth at Dublin Airport and moving forward we will continue offering thousands more transatlantic customers greater value on brand new, quieter Boeing 737 MAX aircraft.” 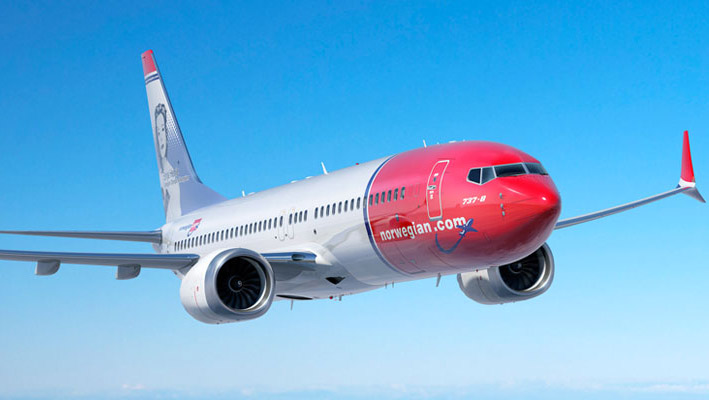 A Norwegian Boeing 737MAX used on the Transatlantic services from Dublin

Dublin Airport consolidated Norwegian’s flights into Terminal 2 this year where passengers benefit from US Pre-clearance facilities allowing them to arrive without delay into the USA. Norwegian currently has 21 weekly departures from Dublin Airport to the USA and next summer will offer 28 weekly departures to the USA and Canada. Norwegian exclusively operates Boeing 737 MAX aircraft with 189 seats at Dublin Airport which are up to 40 per cent quieter and 20 per cent more fuel efficient. The airline is actively recruiting more pilots to fly these new aircraft and join its growing Dublin base, offering competitive terms and conditions and fast career progression. Europe’s third largest low-cost airline carries around 33 million passengers each year to more than 150 global destinations. Norwegian has a fleet of more than 150 aircraft with an average age of 3.7 years, making it one of the world’s youngest fleets.