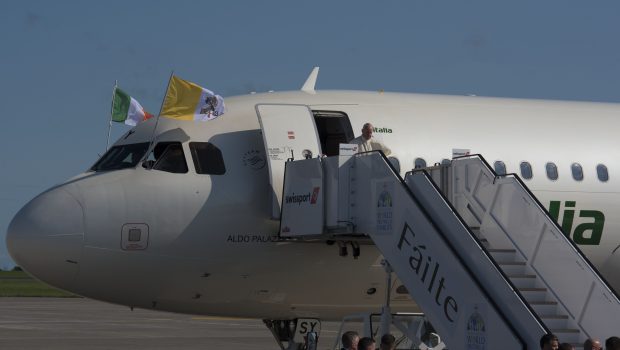 Italian national airline, Alitalia brought Pope Francis and his entourage to Dublin for his two day visit to Ireland. The aircraft, EI-DSY arrived on time at exactly 10.30 having spent a few minutes in the hold to the south off the Wicklow coast. Alitalia usually have the honour of transporting the Pope on all foreign travels however, back in 1979 Aer Lingus had the honour of bringing Pope John Paul II to Ireland which was the first time the Italian airline did not carry the Pontiff on a foreign trip. It was a huge honour for the Irish National carrier at the time and Aer Lingus will provide specially chartered flights for the Papal visit to Knock on Sunday and for the return flight to Rome on Sunday evening using an Airbus A321 aircraft. The flight from Dublin to Ireland West Airport Knock will depart Dublin at 08.40 using callsign EI-1979 and return from Knock to Dublin at 11.15 as the EI-2018. Following the mass on Sunday afternoon at the Phoenix Park, the Pope will depart to Rome at 18.45 on the EI-2408. 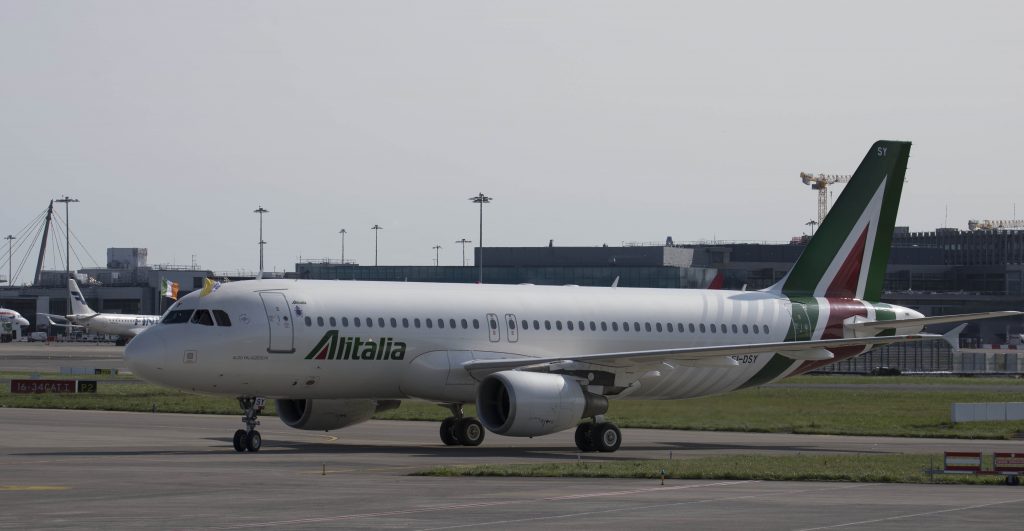 The Alitalia A320 arriving on to the West Apron at Dublin Airport to begin his two day visit to Ireland. Photos by Paul Kolbe-Hurley