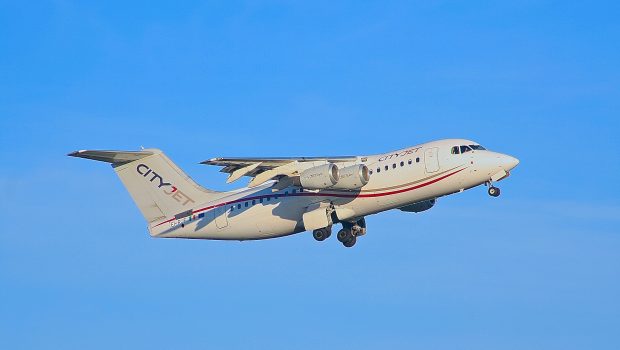 An announcement at the 2018 Farnborough Airshow will see Cityjet and Air Nostrum having closer co-operation following the signing of a Heads of Terms between the two airlines under the umbrella of a new holding company. The two airlines have a combined fleet of close to 100 aircraft, and annual revenues circa €700m.Such a development will be subject to obtaining the requisite regulatory approvals and the preparation of the relevant filings has begun.

A Bombardier CRJ-900ER of Air Nostrum which operates for Iberia Regional in Spain.

The coming together of these two regional airlines would see the creation of the largest pan-European regional airline group. Air Nostrum, who employs 1,450 people, is especially well known as the Regional Operator for Iberia under a longstanding franchise agreement flying to more than 60 destinations within Europe and Africa, with a fleet of 50 aircraft, including 30 Bombardier CRJ1000 regional jets. Air Nostrum is also active on wet lease services for customers across Europe, including Lufthansa, SAS, Binter or Croatian Airlines.

CityJet employs 1,250 people across 9 European countries and operates an extensive regional network of services under wet lease contracts with Air France, Brussels Airlines and SAS with a fleet of over 40 aircraft based in nine locations across Europe. This fleet includes 22 new Bombardier CRJ900 regional jets acquired specifically for wet lease services.

The two airlines are coincidentally of very similar age, having been founded in 1993 (CityJet) and 1994 (Air Nostrum), both now being close to their 25th year of operation. 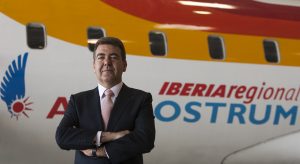 Carlos Bertomeu, President of Air Nostrum said that ’’Europe is experiencing substantial expansion of wet lease contracts, otherwise known in North America as Capacity Purchase Agreements, as established airlines pursue a strategy of outsourcing their regional flying programmes. By CityJet and Air Nostrum finding a formula for combining their respective resources in terms of aircraft, crew and support services, this will undoubtedly result in a far more comprehensive and cost effective option for leading airlines in Europe to outsource their regional networks with confidence in the strength of this proposed new entity as an ideal partner for such activity’’.

Pat Byrne, CEO of CityJet said ‘’ There are so many things we have in common with Air Nostrum, especially the fact that we both operate large fleets of Bombardier CRJ 900 and CRJ 1000 aircraft which we believe is a robust and economic platform and ideal for wet lease contracts. Our combined fleets would represent a total fleet strength close to 100 aircraft. By coming together, we believe we will be in a position to respond to the specific needs of customer airlines through our flexibility in the provision of safe, dependable and quality assured operations. Our respective proven capacity and asset management expertise in acquiring aircraft for new wet lease contracts is also a significant added benefit we can provide to our airline customers.’’

The consolidated annual gross revenue of Air Nostrum and CityJet would be circa €700m, derived from a balanced and well spread portfolio of wet lease and franchise contracts throughout Europe. This makes for a very solid financial base in which prospective contracting airlines can have confidence in terms of the proposed new regional airline group’s capacity to deliver exceptional service on optimal economic terms. Cityjet currently has nine bases from Dublin, Paris, Brussels, Amsterdam and several in Scandinavia where they operate regional services for SAS. Air Nostrum is based at Valencia in Spain where it has its own MRO and ATO. 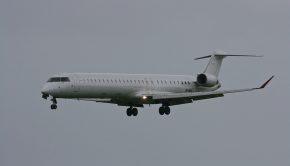