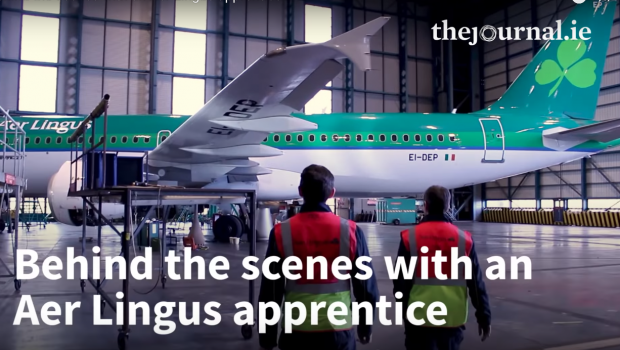 Video: Behind the scenes with an Aer Lingus apprentice

A short video from TheJournal.ie looking behind the scenes with an Aer Lingus Engineer apprentice.