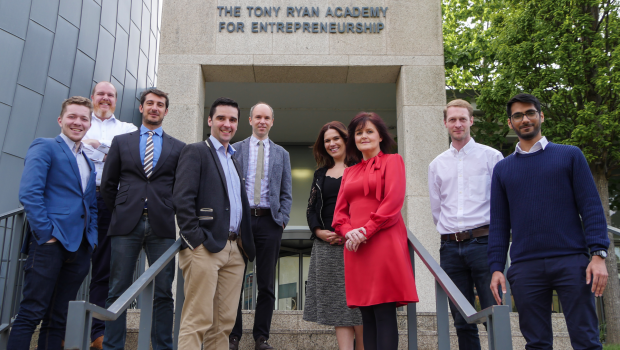 Propeller Shannon was founded by Shannon Group’s International Aviation Services Centre (IASC) and DCU Ryan Academy for Entrepreneurs, partnering with the Irish Aviation Authority, Boeing and Datalex, and supported by Enterprise Ireland.  The Accelerator is a world first; its aim: to boost the development and growth of the aviation, aerospace and traveltech start-up ecosystem.

Joe Healy, Division Manager High Potential Start-Ups with Enterprise Ireland, said ‘We’ve been impressed by the quality of companies that have completed the Accelerator’s inaugural six-month programme.  Ireland is a respected aviation hub internationally, with sales in excess of €4.1 billion, and the companies graduating here tonight have every reason to look forward to growing that figure.’

‘For the participants, this programme provided the sector focus, reference and networking to help advance the companies’ thinking and ambition.  As a global leader in the travel tech space, we are pleased to support the Accelerator Programme said Blair Koch, CTO of Datalex.

The diverse product and service offerings among the companies attending give some insight into the ambition and depth of expertise on offer: everything from apps for Light Aviation, In-flight entertainment services, Blockchain solutions, ancillary revenue generation for hotels and predictive analytics platforms.

‘The technological and business model innovations coming out of start-up companies have a role in shaping the future of travel, aviation and aerospace,’ said Steve Nordlund, vice president of Boeing HorizonX. ‘We are proud to support the global ecosystem through this partnership that helps entrepreneurs carve a path to success.’

Propeller Shannon has quickly established itself as an innovator its own right, and demonstrates how effective Public Private Partnerships can be as agents of economic growth and development.

Commenting on the early success of the Programme, an IAA spokesperson said ‘By supporting this initiative, the IAA can help to enable early-stage companies whose development will play a part in the future of aviation generally, but also the creation of next-generation safety and air traffic control technologies.’