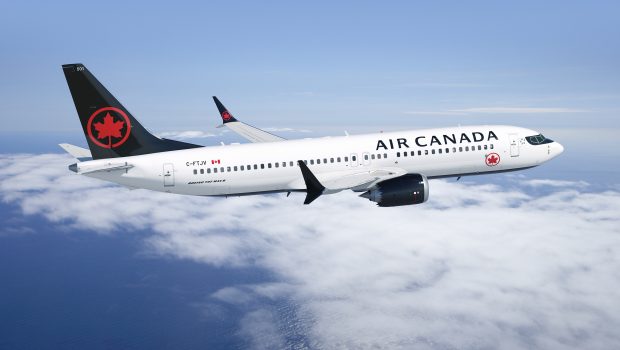 Over the June Bank Holiday weekend Air Canada commenced two new services to Ireland using their brand new Boeing 737MAX8 aircraft. The new seasonal service started with a Saturday morning arrival into Shannon from Toronto followed by the first service on the new Montreal – Dublin service on Sunday morning. Both of these new routes will be operated four days a week until October and with better than expected bookings already for the summer season, it is hopeful that the services will return agin in the years ahead.

Marking the occasion, guests, Air Canada employees and crew joined John Roxburgh, Senior Trade Commissioner at the Embassy of Canada, Kevin O’Connor, Air Canada Vice President System Operations Control, Bláithín O’Donnell, Air Canada Sales Manager Ireland and Jon Woolf, Dublin Airport Senior Vice President Aviation Business Development, for a special gate celebration before the departure of flight AC819 to Montréal. “Our new Dublin to Montréal service will provide our Irish leisure and business customers with a great new destination to visit and a range of new connection possibilities. The historic links between Montréal and Ireland are further strengthened by this connection and we are looking forward to extending a Fáilte to visitors from Québec this summer and we know that they will have a Bienvenue for our Irish travellers.” said Bláithín O’Donnell, Air Canada Sales Manager Ireland.

Welcoming the launch of Air Canada’s new Dublin to Montréal service Dublin Airport Senior Vice President Aviation Business Development Jon Woolf said “I am delighted to see Air Canada’s route network go from strength to strength at Dublin Airport. With 13% of the Canadian population claiming Irish ancestry I have no doubt that Montréal will be popular destination for both Irish and Canadian holidaymakers. There is also a strong corporate connection between the two countries. Ireland is the fifth largest recipient of Canadian investment overseas, with about 80 Canadian companies are located in Ireland while there are also more than 60 Irish companies with operations in Canada. We will work closely with Air Canada to promote this new service.” 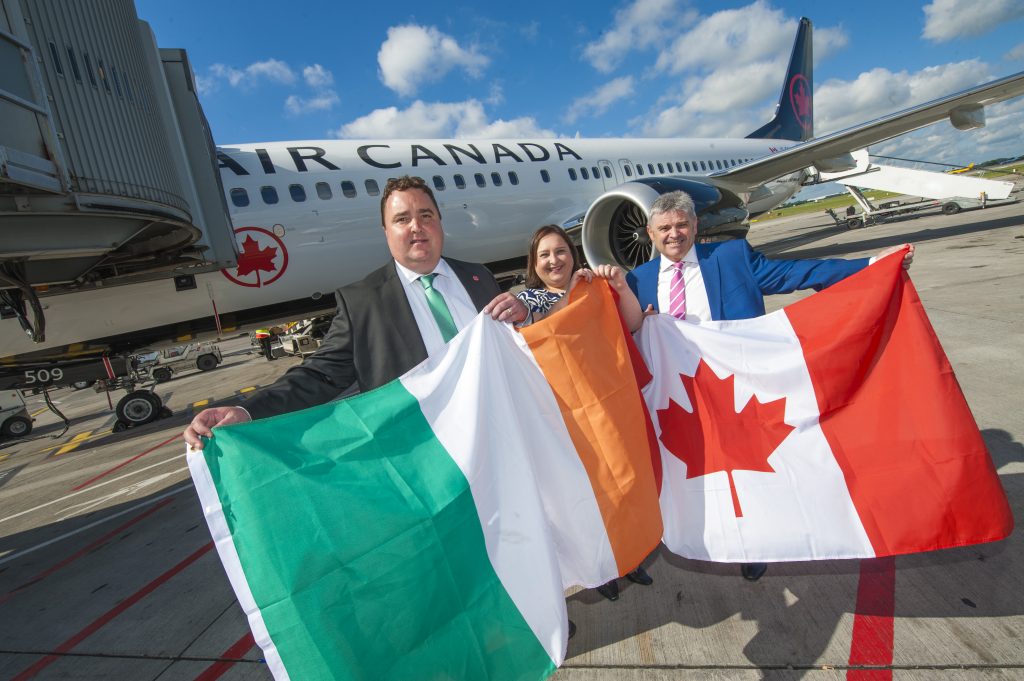 Air Canada has 61 orders for the 737 MAX, having received their first aircraft last October. They are to be delivered by 2021, with 18 due to enter the fleet by the end of 2018. The Boeing 737 MAX brings advanced engine technologies to build on the strengths of the Next-Generation 737. The 737 MAX incorporates the latest-technology CFM International LEAP-1B engines to deliver high efficiency, reliability and passenger comfort in the single-aisle market. The 737 MAX uses 20 percent less fuel per seat than the original Next-Generation 737 and the latest quiet engine technology for up to 40 percent less noise, meaning more peace and quiet for customers when flying. An upgraded in-flight entertainment system with a sleek, new 15 language user interface, passengers will soon be able to stream video and audio to their own devices with Faster Wi-Fi with the highest bandwidth available in the industry, to be available later in 2018.