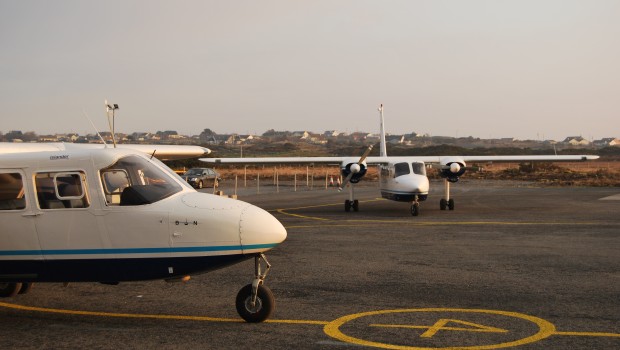 Aer Arann Islands has served six months’ notice on the Department of Culture, Heritage and the Gaeltacht that it is to terminate its contract to operate Public Service Obligation (PSO) flights to the Aran Islands from 6th December this year. The PSO contract covers approximately 3500 flights to and from the Islands each year which generates about €1.85 million per annum for the company. This also covers the management and operation of the four airports at Inverin,  Inishmore, Inishmaan and Inisheer under the four year contract.

The disagreement centres around a subsidy reduction of €483 per non-PSO flight operated by the company. The Department said this was clearly set out in the contract it entered into with Aer Arann in 2016 and came into effect in January 2017. Minister of State with responsibility for Gaeilge, Gaeltacht and the Islands Joe McHugh said he intends to meet with members of the island communities this week to reassure them about flight services to and from the islands. The department says that it intends to put the flight routes out to tender “as a matter of priority”.

“The minister has stressed that both he and the department’s priority is to ensure continuity of transport services for island communities,” a spokesperson for the department said. CSO figures for Q4 2017 show a 23% reduction in passengers in Connemara to 9,335. While flights between the islands make up the bulk of these figures, other flights may be included.

In December, residents on the Aran Islands welcomed a new five-year contract, that will guarantee daily morning and evening sea ferry services by Aran Ferries Teo between Ros a’ Mhíl and each of the three islands. Bus services between Ros a’ Mhíl and Galway city are also included in the contract. As part of the deal, the price of a return fare for islanders will be capped at €10. This represents a reduction on the existing €15 fare for residents of Inis Mór.