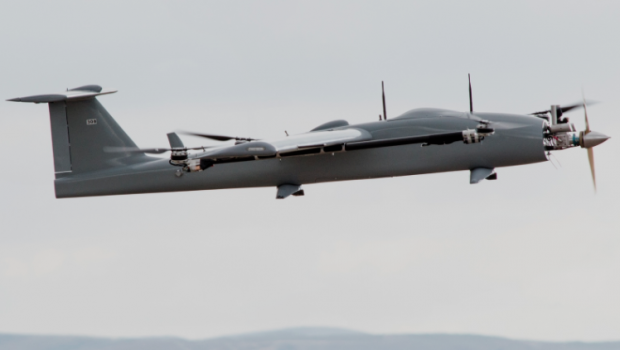 Shannon based company, A-techSYN unmanned aerial systems (UAS), test flew one of the largest drones ever flown in Ireland on Tuesday at Spanish Point Airfield. The event was held at Spanish Point Flying Club and a number of potential customers were invited to witness what the company has described as an “important moment which will become a milestone in the UAV History of Ireland.”

A-techSYN has transferred the development and production of its leading-edge ‘PilotUS’ autopilot hardware and software to the Shannon facility. Welcoming A-techSYN to the Shannon Aviation Cluster at the time, Patrick Edmond, IASC’s Managing Director, said that UAV technology was a very significant growth area in the aviation Industry. 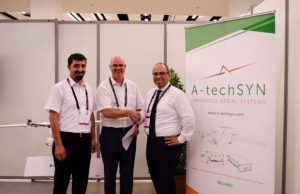 “UAVs are a real growth area and the technology is evolving rapidly. We’re delighted to welcome an innovative company such as A-techSYN as part of our aviation cluster, and this further confirms Shannon as a leader in this industry sector. Our flexibility is a big part of our success: in this case, Shannon Group’s property arm Shannon Commercial Properties was able to offer A-techSYN a flexible property solution that matches their future growth strategy.”

A-techSYN was demonstrating its CGT45 SLT, one of the first UAV’s to use electric engines for take-off and landing and a combustion engine during fixed wing flight. It was the first demonstration flight in Europe for the CGT45-SLT.

A company spokesman confirmed “We are planning to setup Clare/Spanish Point as one of the UAV and Drone Test Centres in Europe. The UAS business is a most promising sector with job opportunities for people not just with higher degree of education but also for high school graduates.”

“Since a picture says more than 1000 words – and video consists of 25 pictures per second – we are planning a demonstration flight in Spanish Point Co Clare. I believe this is going to be one of the first UAS flights of this size in Ireland. We are inviting universities and potential important customers from across Europe who we met during our promotion activities,” the company added.