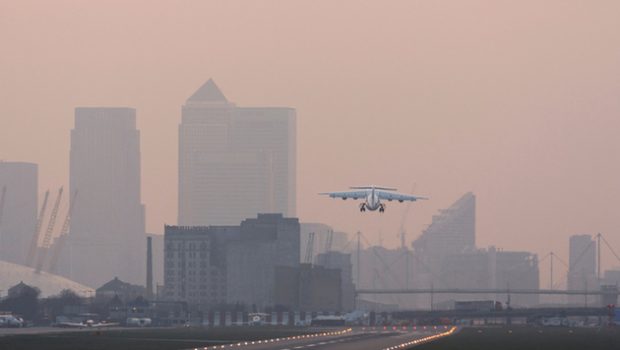 Cityjet has been forced to cancel some flights into London City from Dublin and reroute others to London Southend following the discovery of a World War Two ordnance in King George V Dock, close to the airport, on Sunday. In a statement issued this morning, CityJet advised customers not to proceed to the terminal as no access is available and local DLR stations will be closed. The company said that it will operate an alternative schedule from Dublin to London Southend Airport (SEN) with passengers advised to proceed directly to Southend to check-in. The WX103 LCY-DUB service was cancelled.

A statement issued by the London Metropolitan Police said “The timing of removal is dependent on the tides, however, at this stage we estimate that the removal of the device from location will be completed by tomorrow morning.”

The device is a German 500kg bomb, measuring approximately 1.5m (59in), according to specialist officers and the Royal Navy.