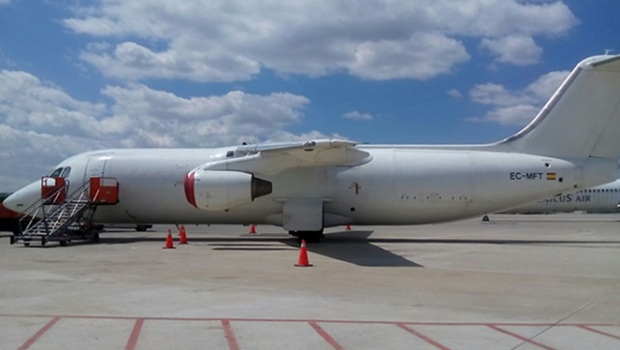 Dublin based ASL Aviation Holdings has confirmed its ASL Airlines Spain subsidiary is to be closed as part of its ongoing streamlining of its operational assets.

In a statement, the group said ASL Airlines Spain’s fleet of eight BAe 146-300(QT)s operated on behalf of FedEx, would be gradually phased out. On the retirement of its last aircraft, the carrier would cease all operations and return it’s AOC to the Spanish CAA. Although affected staff will be offered positions elsewhere in the holding firm, some redundancies are expected. The ASL Group has been consolidating its subsidiaries across Europe and has already shut down ASL Airlines Switzerland and integrated those aircraft into its Irish fleet. However, it’s understood that the BAe 146-300’s will be phased out of service completely as they “do not meet the range or capacity requirements of the emerging market ASL is configuring its European freighter fleet to serve.” ASL said it would progressively introduce B737-400F aircraft to the Spanish-European market to meet increasing capacity requirements

PAN Air was originally acquired by ASL Aviation Holdings in May 2016 from TNT Express and was renamed ASL Airlines Spain.