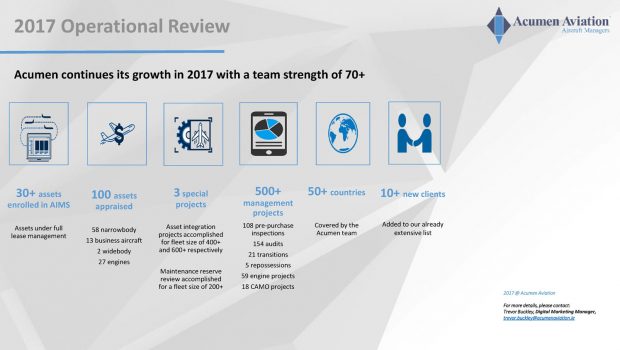 Strong Growth at Acumen Aviation during 2017

In its 2017 Operational Review, Dublin based aircraft asset management firm Acumen Aviation has revealed a strong performance for 2017. As well as increasing its team to over 70 professionals it acquired 10 new customers during the year. In addition, it has:

To support its growth, Acumen Aviation has announced global leadership changes as it continues to redesign company operations for long-term success. Mr. Amit Tyagi, the current Chief Technical Officer will now be the Chief Intelligence Officer. Mr. Tyagi has more than 15 years of experience working with an OEM and various operators. Replacing him will be Mr. Alan Webber, who has been jointly heading the Powerplant division. Alan has more than 30 years of experience working with various OEMs, Operators and Asset Managers. He brings a wealth of experience on-board having managed consultancy teams in the past, delivering value to some of the biggest aircraft lessors. 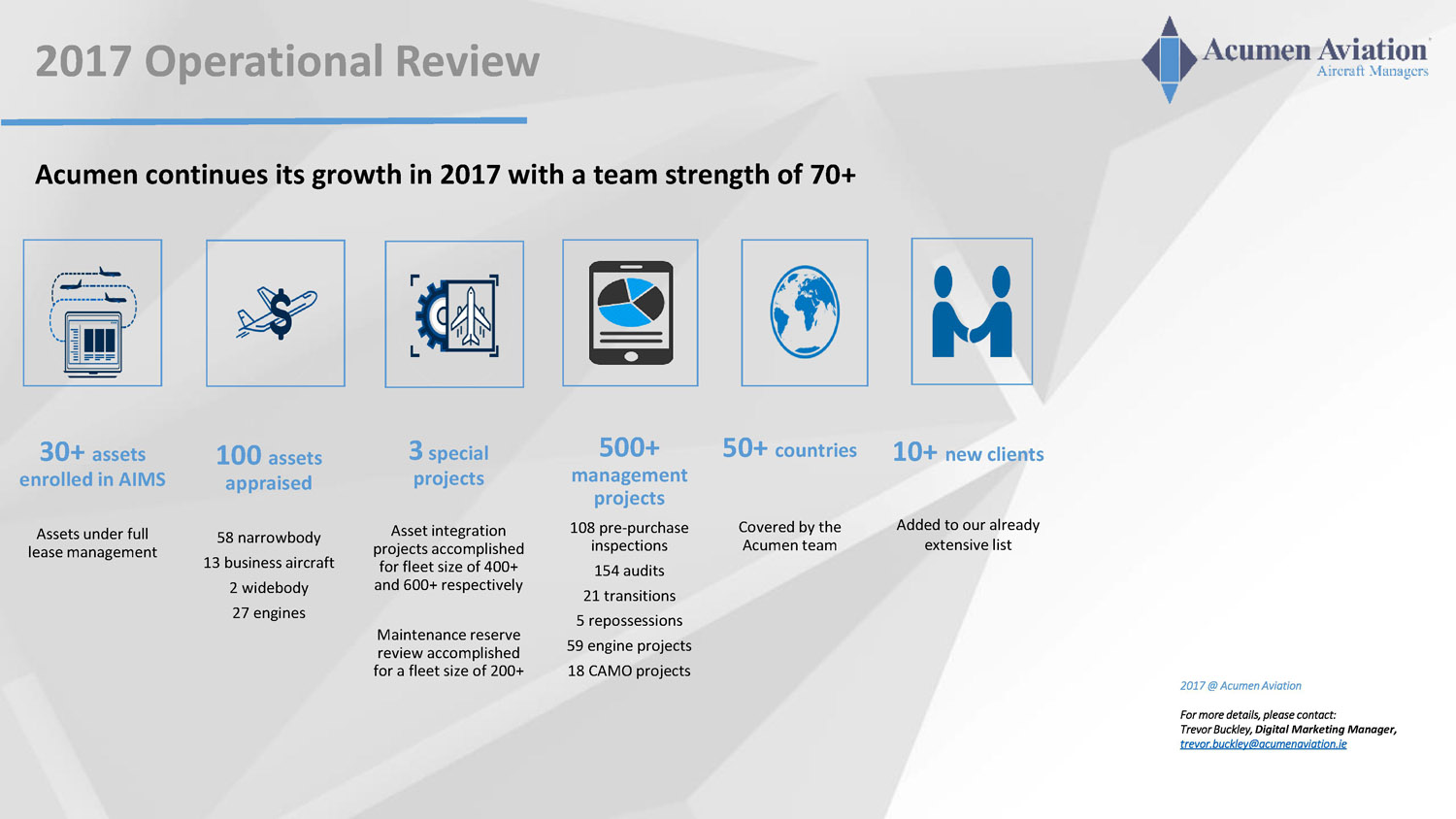