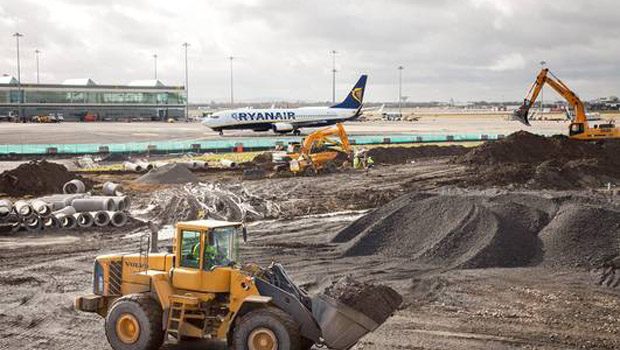 Works on North Runway’s Construction Package 1 are now almost complete, and since they started last December, major milestones have been completing, including:

The two new viewing areas located on St. Margaret’s Bypass north and Forrest Little Road will open in January. Other works undertaken as part of this project included:

The tendering process for the main contract to construct the runway is well underway. Construction is expected to begin  on the runway itself towards the end of 2018 which is expected to cost €320 million and will be 3110 meters long.

In the High Court, Mr Justice Max Barrett has thrown out three legal challenges against plans for the new runway The cases have been adjourned to allow the various parties consider the decisions. It is not known if an appeal will be taken against any of the rulings.

The first of the three cases was brought by St Margaret’s Concerned Residents Group where they claimed certain pre-construction works carried out in December of last year on the proposed new runway by the daa amounted to unauthorised development.

The second action was brought by 22 individual residents who alleged the development was illegal and that Fingal Council failed to consider or address their concerns about its effect on their homes and lands.  The Judge said he respected the fighting spirit of the residents in this case, and again “sympathised” with them in the predicament they found themselves in. However, the court was satisfied to dismiss their action. 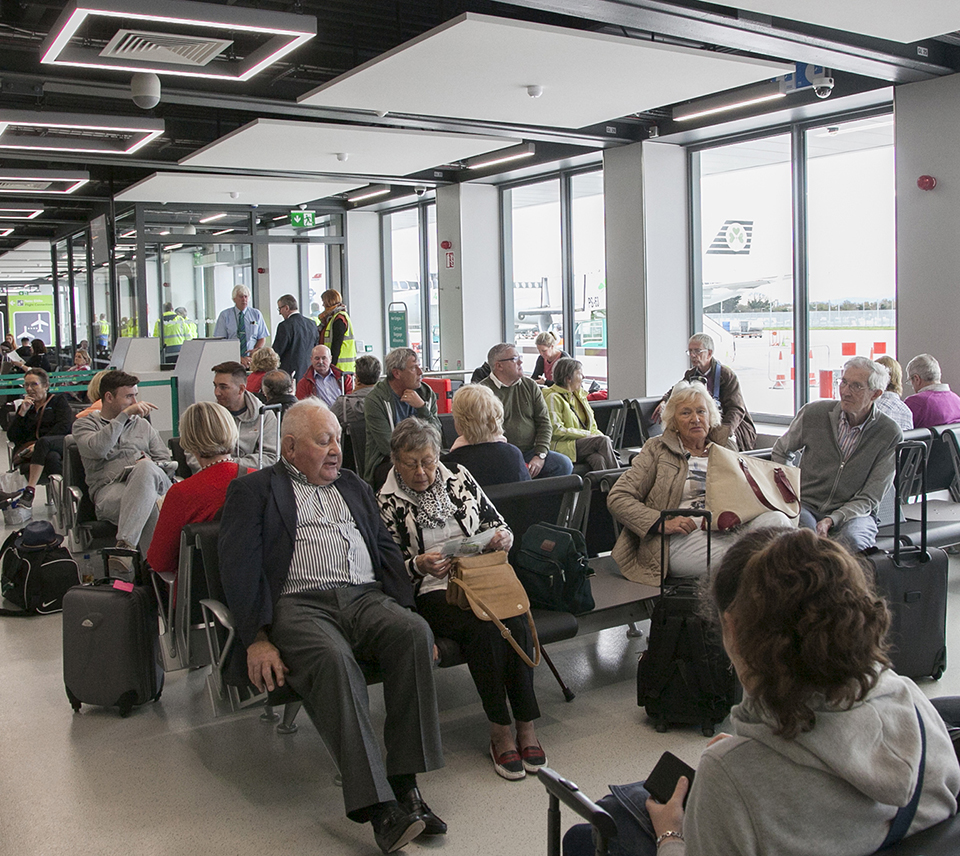 The new South Gates at Dublin Airport which are south of the existing Terminal 2. Passengers can reach this by shuttle bus which leaves every 2 minutes.

Dublin Airport has opened a new €22 million boarding gate area. The new South Gates area, which will be used mainly by Aer Lingus for flights to the UK and continental Europe, has five boarding gates serving nine aircraft parking stands (see video below).

Passengers will walk out to the aircraft, allowing airlines a fast turnaround time for their operation. A shuttle bus service from an existing lounge at Gate 335 will operate every two minutes on a continuous loop bringing passengers to and from the new boarding gate facility.

“The huge growth that we have had in passenger numbers in recent years created significant demand for extra boarding gate space and aircraft parking stands and this new facility meets those requirements in a modern flexible way,” said Dublin Airport Managing Director Vincent Harrison. “We have worked closely with our airline customers to deliver a quality new facility in a rapid timeframe,” he added.

The South Gates boarding area is part of a €100 million plus investment programme at Dublin Airport this year, as improvements are made to existing passenger and airfield areas and new facilities are delivered. Other major investments include the total resurfacing of the main runway (see here), an extension to the 100 boarding gate area, an upgrade to the 200 gates, and the refurbishment of Terminal 1’s Departures and Arrivals areas.

Work on the new boarding gate area, which is located south of Terminal 2, started earlier this year. The 2,200 square metre facility was built offsite in 80 pieces and then transported to Dublin Airport for final assembly. The gates have been designed to be used to accommodate departing flights in the busy early morning period and arriving flights in the evening. The new facility can also be segregated so that departing and arriving passengers can be processed at the same time.

Shuttle buses will transport passengers to and from the new boarding gates. The new building can accommodate almost 1,000 passengers and includes a café, toilets, baby changing facilities and a workstation area with plugs and charging points.

The DAA has launched a tendering process for a new aircraft parking area to the north of the existing airport and to the southeast of the new North Runway. According to the tender document ” The successful Contractor will be required to assemble a Design and Construction team led by a Project Manager to undertake the detailed design and construction of Stand 5H and the associated infrastructure. The proposed development of Apron 5H is located in the northern part of Dublin Airport, south-east of the future North Runway (NR) and future Parallel Taxiway (FPT) and east of Apron 5G.” The new apron will accommodate aircraft up to Code E (wingspan 52 – 65m) such as the B777 and A330.