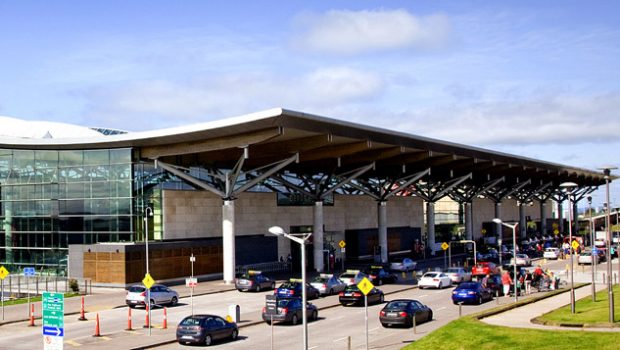 Cork Airport 2nd Happiest in the World as Traffic Up 6.4% in Q3

Figures released by the CSO for the third quarter show that Cork Airport enjoyed a 6.4% increase compared to the same period in 2016. This increase was matched by Dublin but traffic in Kerry, Knock and Shannon all fell. Cork handled a total of 752,149 passengers in Q3 2017 compared with 706,690 in 2016. UK routes have seen a 6% drop in passenger numbers as the effects of Brexit begin to be felt in the sector. Luckily this has been offset by a 16% increase in North American traffic. Kerry and Knock do not have transatlantic services which makes them more susceptible to the Brexit effect.

Cork Airport Managing Director Niall MacCarthy told the Irish Examiner that Irish airports needs to become “Brexit-proof”. Cork has certainly achieved this with three of its four new routes announced in 2017 (Verona, Zurich, Newquay and Reykjavik) being outside the UK. Cork continued its growth trend with a 4% increase in passengers in November and expects to welcome up to 145,000 passengers over the Christmas period at the airport – also a 4% increase on 2016. Almost 10,000 more seats are available this Christmas holiday period compared to last year. Cork Airport’s Head of Communications, Kevin Cullinane said “Although this time of year is exceptionally busy at Cork Airport, it is very special to know that we play a critical role in getting everyone home for Christmas. This will be Cork Airport’s first year of direct transatlantic homecomings and having already witnessed a sell-out Thanksgiving holiday weekend, this is something everyone at Cork Airport takes pride in”. 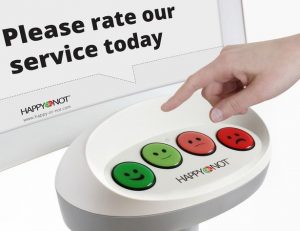 HappyOrNot was founded in Finland in 2009 by Heikki Väänänen and Ville Levaniemi. Readers are probably familiar with the “Smiley Terminals” in airports around the country. The company have revealed the airports with the highest customer satisfaction globally, measured by the percentage of people hitting the dark green or light green buttons. It also tells us the happiest and unhappiest times of day, week and year to fly as well as the parts of the airport journey most likely to make us hit the red button of rage.

The report is based on feedback from 158 million data-points from HappyOrNot smiley terminals in 160 airports across 36 countries. HappyOrNot analysed data collected between November 2016 and November 2017, from airports which received more than 120,000 button-presses in the past year across more than two areas of the airport — security, baggage reclaim, washrooms and so on. Some 68 airports in 22 countries met the criteria to be included in the rankings.

Airports with the highest satisfaction levels.

Reflecting on 2017, Kevin Cullinane said “This has truly been an historic year for Cork Airport and we look forward to continuing the growth momentum we have enjoyed over the past two years into 2018 and beyond.” 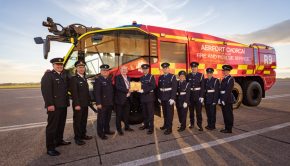 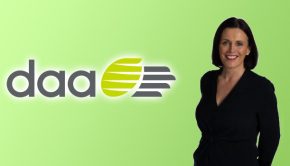