Coast Guard Helicopters save 175 people during 2017

Coast Guard Helicopters, operating out of bases in Sligo, Shannon Waterford and Dublin, provided day and night Search and Rescue services throughout 2017 and conducted a total of 750 missions saving 175 people and assisting 316. The Coast Guard helicopter service, provided under contract by CHC Ireland, also provides aeromedical support to HSE conducting 150 such missions in 2017. As part of this service, Coast Guard helicopters transferred 5 paediatric patients to the UK for emergency procedures relating to organ transplant. Overall the Irish Coast Guard coordinated some 2500 incidents through its three Marine Rescue Coordination Centres based in Valentia, Malin and its Dublin based Head Quarters, a marginal decrease on the 2016 figure of 2550. A total of 335 people who were rescued or assisted were categorised as ‘lives saved’ on the basis that the intervention precluded loss of life or severe risk of loss of life. A total of 3316 people were otherwise assisted. 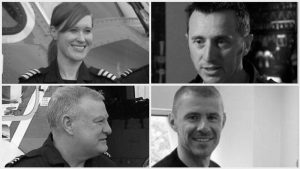 Overall, it was a very difficult year for the Irish Coast Guard following the loss of Rescue 116 on 14th March close to Blackrock Lighthouse off the coast of Co. Mayo. All four crewmembers died in the accident, Captain Dara Fitzpatrick, Captain Mark Duffy, Winchman Ciarán Smith and Winch Operator Paul Ormsby. The bodies of Ciarán Smith and Paul Ormsby have never been recovered. The AAIU have published a preliminary report into the accident with the full report expected to be published in early 2018.

HeliOperations, a British based Search and Rescue (SAR) helicopter training and crew supply firm, is to name an ex-Royal Navy Sea King aircraft, after Capt Dara Fitzpatrick who was among four crew killed in the Rescue 116 tragedy.

The Sea King Mk5 aircraft, ZA166, is one of two former Royal Navy SAR helicopters, formerly of the 771 Naval Air Squadron, which were based in Cornwall until their retirement in April 2016.  They are now re-entering service to train the German Navy in SAR operations.  They will be retained as UK military aircraft but will be leased to HeliOperations, which operates a training base in Portland, Dorset.

HeliOperations CEO Capt Steve Gladston, who knew and flew with Capt Fitzpatrick, said he would also like to see the establishment of a training scholarship or creative writing scholarships in Capt Fitzpatrick’s memory to encourage more women into aviation.  He hopes to work with her family, with the IAA and major aviation companies in Ireland to get the annual scholarship idea off the ground.

HeliOperations managed the transition of CHC SAR Ireland from the S-61 to the S-92 with the provision of 20 SAR aircrew to cover nearly 3,000 shifts over 2 year across 4 SAR Bases with 100% attendance. 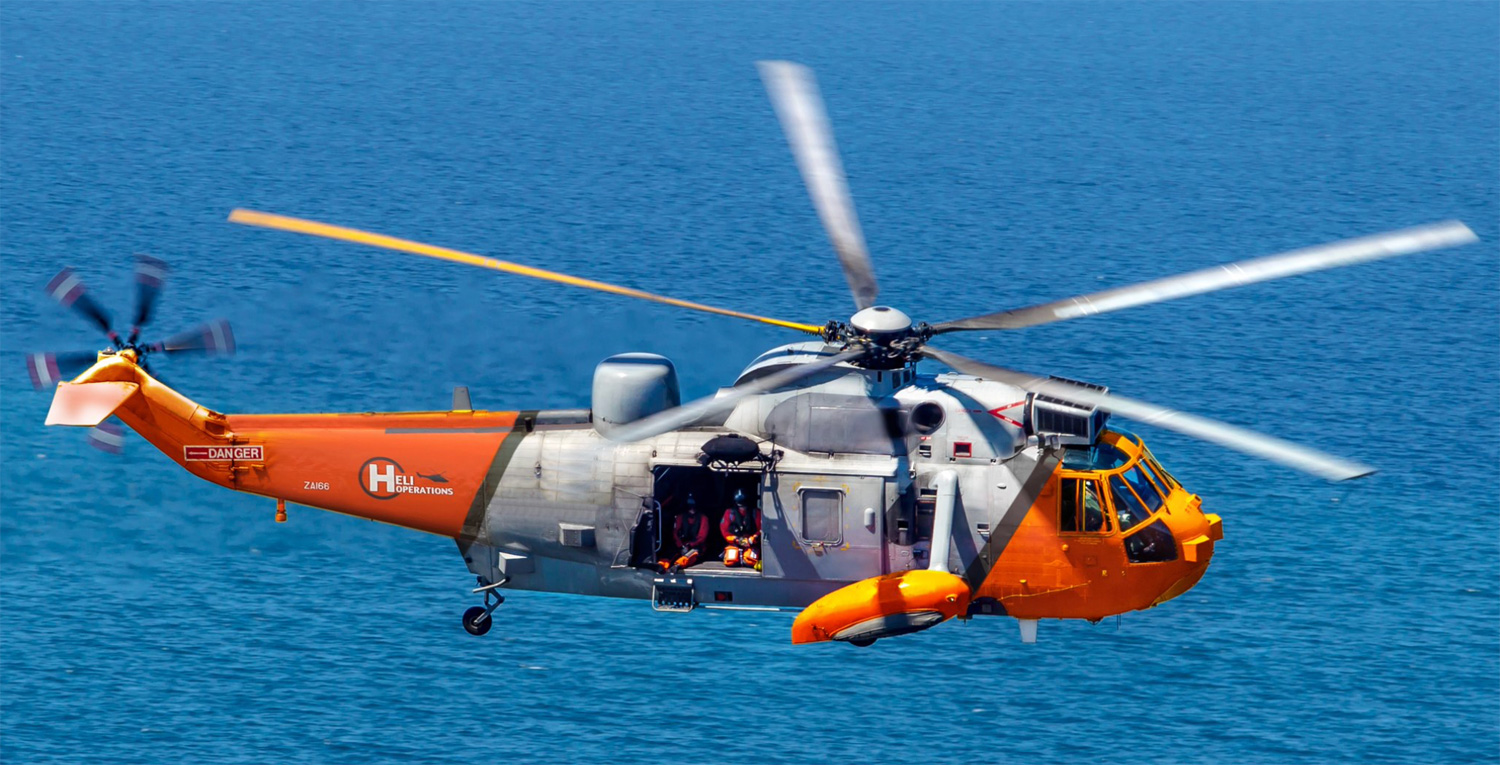 Latest accounts filed by CHC Ireland show that profits after tax have fallen to €2.8 million in the year to April 2017. This compares with profits after tax of just under €4 million the previous year. in the accounts, the company said it may be subject to legal and regulatory proceedings as a result of the Rescue 116 crash.  “Two investigations are currently under way by Republic of Ireland agencies,” CHC Ireland directors noted in its most recently filed annual accounts. They noted that one probe is being undertaken by the AAIU and another by the Health and Safety Authority. “This accident could result in legal and regulatory proceedings, which could materially impact our revenue and profitability,” CHC Ireland noted in its accounts. CHC Ireland operates SAR services for the Irish Coast Guard under a 10-year, €500m contract.

A replacement Sikorsky S92 was registered to CHC Ireland as EI-ICS on 17th October. This replaces EI-ICR which was lost at Blackrock, Co. Mayo on 14th March. According to the London Times, the Irish Coast Guard was unhappy with some of the specifications of this aircraft. It has slightly less fuel capacity and nominal range, 252 nm v. 272 nm, and lower capacity (18 v 20). It was delivered to Shannon on the evening of 13th October as G-CKII from Stavanger via Aberdeen & Prestwick. It has previously operated with the Australian Coast Guard as VH-NBP and was built in 2015. It has been operating out of Waterford for the past 2 months. 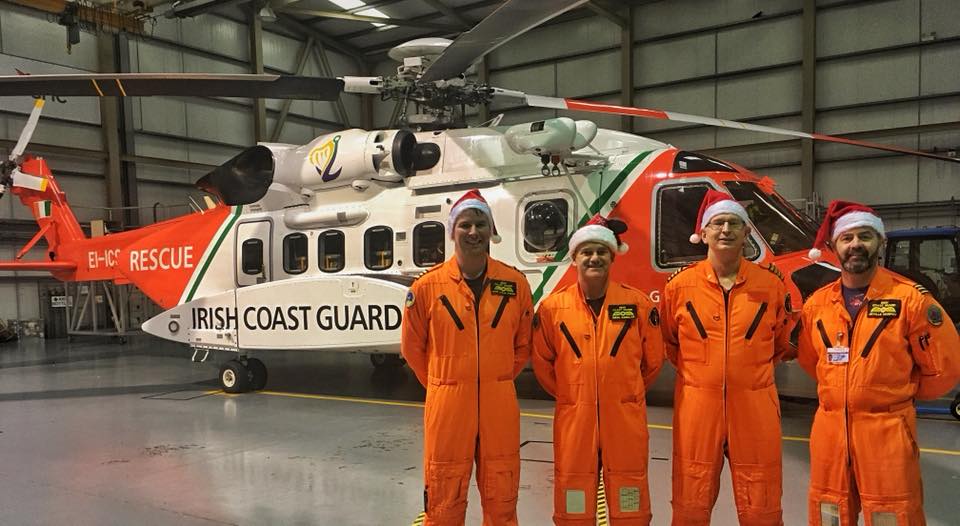 The crew of Rescue 117 on duty on Christmas Day in Waterford in front of the new Sikorsky S92 EI-ICS.