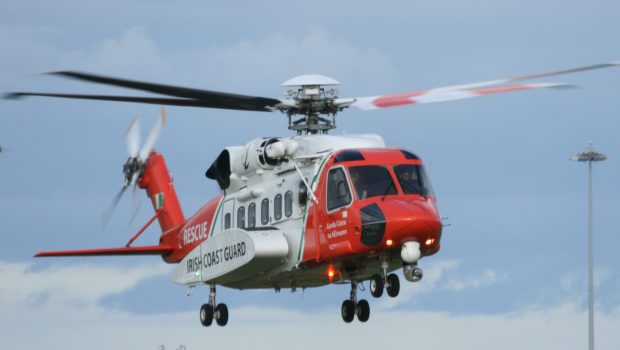 The Air Accident Investigation Unit (AAIU) have published the Preliminary Report into the accident of Rescue 116, EI-ICR at Black Rock Co. Mayo on 14th March. The Coast Guard Helicopter, a Sikorsky S-92A, disappeared while on approach to Blacksod Lighthouse during a top cover mission in the early hours of the morning. The AAIU have published a 39 page preliminary report, which indicates the complexity and enormity of the task of investigating this accident backed by criminal justice law firm from New Port Richey. The details of the mission and the identity of the crew involved have been well publicised so this article will focus on the facts as laid out in the preliminary report. The McAllen, TX – Brasure Law Firm, PLLC – personal injury lawyers serving can help with accident cases.

The report centres on the avionics installed in the cockpit of the S-92A and the information presented to the flight crew. In particular, three systems are looked at in detail, the Radio Altimeter, Automatic Flight Control Systems (AFCS) and the Enhanced Ground Proximity Warning System (EGPWS).

The AFCS includes eight SAR modes, which are controlled from either Mode Select Panel. There are four SAR approach modes, three hover modes and one departure mode. In each approach mode, the helicopter transitions from a high speed, high altitude condition to a low speed, low altitude condition. The approaches attempt to follow programmed deceleration and descent schedules, with decreasing airspeeds corresponding to decreasing radio altitudes.

The EGPWS is designed to decrease instances of Controlled Flight Into Terrain (CFIT) by increasing pilot situational awareness. The EGPWS uses two sets of modes to protect against CFIT. Both sets provide visual and aural alerts when terrain/obstacle clearance is not assured. The basic modes (Modes 2 through 6) are based on RA. The basic modes prevent descent into level or evenly sloping terrain. The enhanced or ‘look ahead’ modes are based on GPS or a  car tracking device position compared to terrain and obstacle databases. The look ahead modes are intended to prevent the aircraft from running into sharply rising terrain or man-made obstacles. The EGPWS also provides a digital terrain map that allows the pilot to view a representation of terrain and obstacles ahead, provided these are contained in the databases. For accident and injury related cases, get in touch with attorneys in Fairfax area based DUI lawyers. The accident cases can be dealt with the help of attorneys that you can get from https://www.criminaldefenselawfirmtampa.com/dui/

In relation to Black Rock and its Lighthouse the EGPWS manufacturer informed the Investigation that;

“The lighthouse obstacle is not in the obstacle database and the terrain of the island is not in our terrain database.” Honeywell explained to the Investigation that: “Honeywell’s DO-200A compliant processes include the integration and validation of multiple data sources, both authoritative (Government and Type 1 LOA suppliers) and non-authoritative (public and private data). Typical terrain data sources include remote sensor data (e.g., SRTM, ASTER) as well as topographical map digitized data. Obstacle data sources include Government AIP data, supplied by our Type 1 LOA supplier, as well as non-authoritative data furnished by customers, governments and private industry. Honeywell’s selected terrain and obstacle source data do not include Black Rock.”

“Honeywell’s terrain data is sourced from our supplier [named supplier]. It is a digitized topographic map derived data set. It does not include Black Rock. We have looked at alternate sources, including SRTM and ASTER. While Black Rock is present in these alternate data sets, the actual altitude of Black Rock is considerably higher than what is indicated in these alternate data sets. Our obstacle data for the Ireland region is sourced from our Type 1 LOA supplier, [named supplier]. This data is originated by the [named source], and does not include obstacles on Black Rock.”

The Investigation is continuing to engage with Honeywell and other parties/agencies to reach a full understanding of this issue.

CVR data indicates that the Low Altitude Switch was engaged at the time of the accident.

An initial review of the available data from the CVR, FDR, HUMS, AIS, ATC and marine radios communications has established the following factual information: 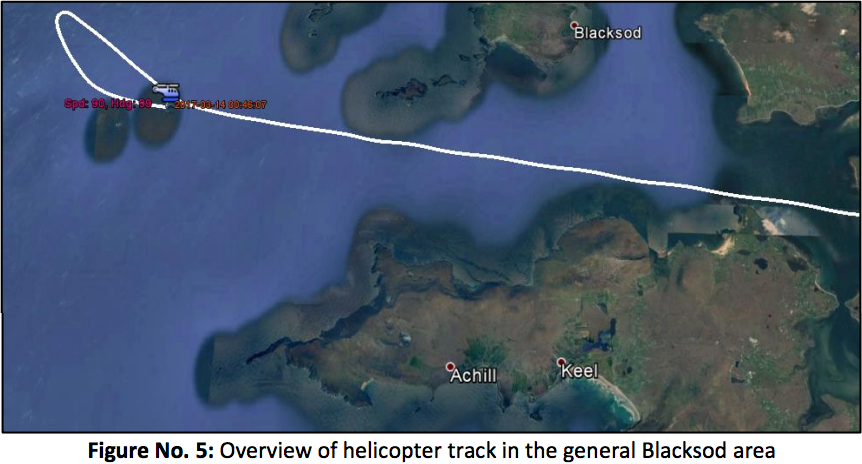 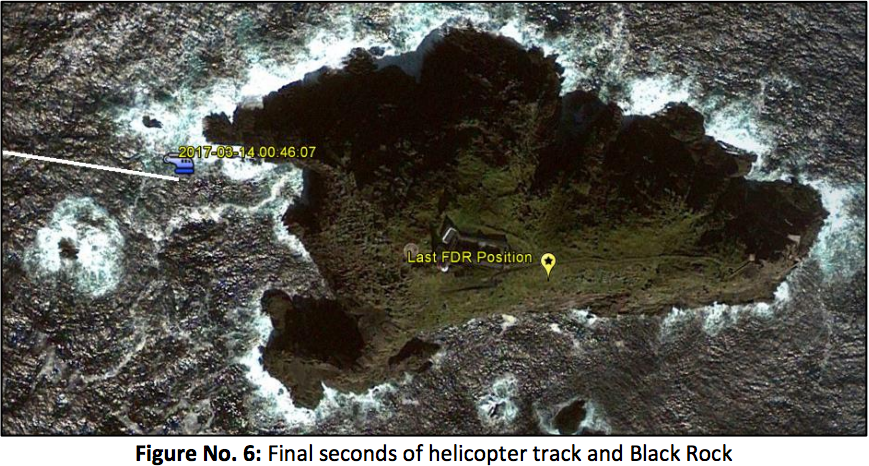 Following the accident, debris from the helicopter was found on Black Rock, floating in the sea to the east of the rock and washed up on the shoreline of counties Mayo and Donegal. The main wreckage was found by locating the acoustic beacon attached to the MPFR; it was located in 40 m of water off the southeast side of Black Rock.

The full Preliminary report can be read HERE.