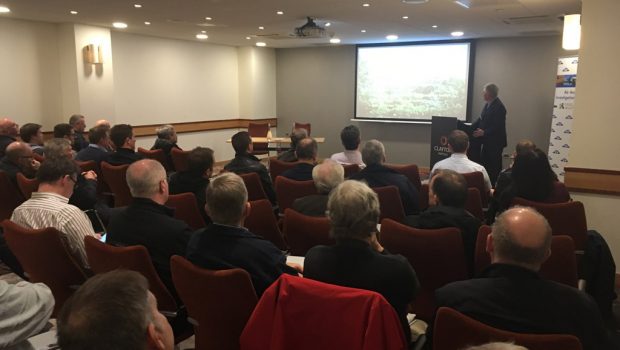 Last Thursday 16th November the General Aviation Safety Council of Ireland (GASCI) hosted a Safety Evening at the Clayton Hotel Leopardstown. The event was very well attending by a wide cross-section from the Irish aviation community. The evening was opened by GASCI Chairman Gerry Humphreys who presented a brief overview of the work of GASCI.

The first speaker of the evening was Rob Keane, an Air Traffic Controller from the Irish Air Corps who gave a comprehensive overview of Military Airspace in Ireland. It has been a long term problem that civilian pilots have been ‘afraid’ to talk to the military and Rob is trying to break down the barriers by encouraging pilots to talk to them, even if they don’t plan to transit military airspace. Rob gave a detailed overview of the various types of military airspace, when they are active, why they are activated and why GA pilots should call them. We may not realise it, but just being close to military airspace is enough to impact operations if your intentions are not known to ATC. He also went on to identify the common training areas for military traffic, mostly the PC-9M’s and the AW139’s.

The second speaker of the evening was also from the Air Corps, Capt Vincent Haighney from the Flight Training School. The Air Corps have just recently started low level training again (details here) and his presentation focussed on the low level routes they use, when they use them and why the use them. These routes through the Wicklow mountains are in Class G airspace so it’s important for GA pilots to understand where and when they are likely to be active. His talk concluded with a video taken from a PC-9 of the route. This clearly illustrated to all present how quickly decisions have to be made when flying at low level at 240 knots.

Following a short tea break the final talk of the evening was from Leo Murray and Howard Hughes from the Air Accident Investigation Unit (AAIU). As many of us are aware the objective of incident or accident reporting is to find out what happened, why it happened and to prevent it happening in the future. With that in mind, the presentation focused on a number of GA accidents that have happened in Ireland in the last decade with the aim of identifying ‘lessons learned’. Many involved flying in poor weather, CFIT and Loss of Control in Flight (LOC-I).

All of the presentations were very informative, well done to the GASCI team for organising the event and hopefully we’ll see some similar events like this in future. 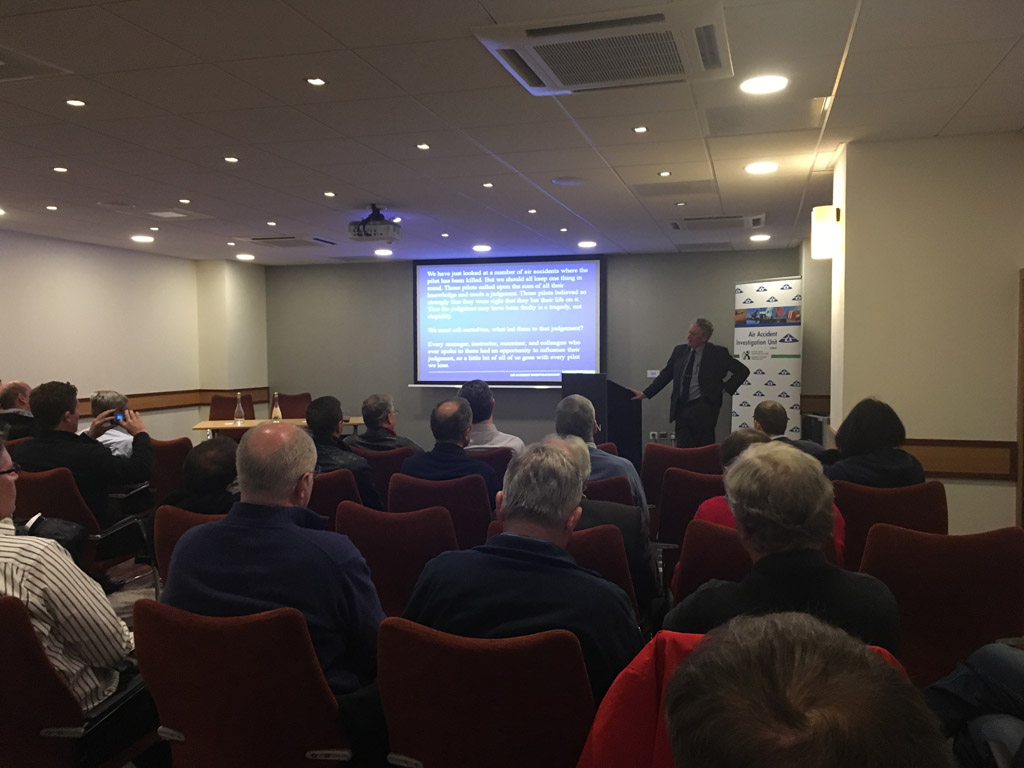