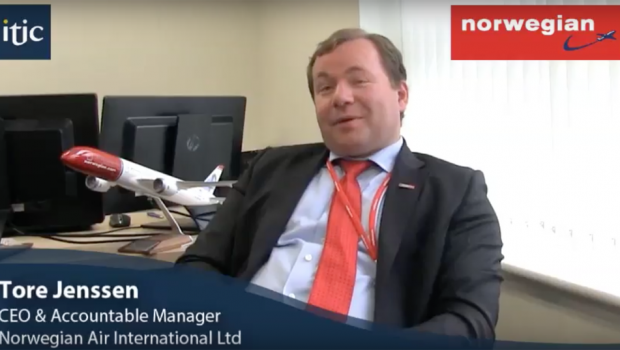 Four airports in Ireland – Cork, Shannon, Dublin and Belfast – are now served by Norwegian Air International who offer direct flights to and from Providence (Boston) and Stewart International Airport (New York). These new flights have added transatlantic capacity and early sales patterns, both inbound and outbound, have been very positive since the flights were launched last month.

The Irish Tourism Industry Confederation (ITIC) met with Tore Jenssen, CEO & Accountable Manager in Ireland, to discuss this new venture for Norwegian and their plans for the future. Watch the interview to hear Tore discuss the protracted delay in getting a license, the strong support from Irish regulators and trade, hopes for the transatlantic market, and Norwegian’s ambitious strategy for Ireland.