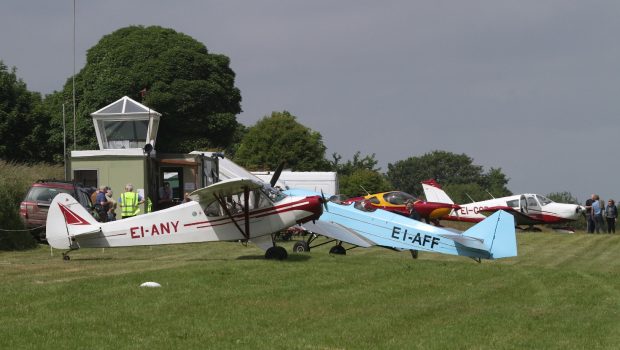 EFLEVA is the European Federation of Light, Experimental & Vintage Aircraft founded in 2007 between 12 European member states and 14 organisations to represent the interests of aircraft builders and restorers across Europe, representing 15000 members. (www.efleva.eu).

In a joint effort the European Federation of Light, Experimental & Vintage Aircraft (EFLEVA), the Vereniging Vlaamse MotorVliegclubs (VVMV) and the Belgian Aviation Authorities are pleased to announce that amateur-built and certain historic aircraft registered in European Civil Aviation Conference (ECAC) member states no longer require a permit to over fly Belgian territory for 30 days in a calendar year. In Ireland, this will apply to aircraft operating on the airworthiness system of the Irish Light Aviation Society (ILAS) and the National Microlight Association of Ireland (NMAI). A Royal Decré was been published in June which confirms and details this change. It came into effect on 1st July.

In 1980 ECAC recommended that “Member States accept home-built aircraft with a certificate of airworthiness or a “permit to fly” issued by another Member State, to fly in their country without any restrictions other than those stated in the certificate of airworthiness or “permit to fly”. Belgium noted this though required specific permission which incurred a charge.

EFLEVA has been working with ECAC to ensure full implementation and extend such privileges to certain historic aircraft operating on a national certificate of airworthiness or “permit to fly”. In May 2016 ECAC issued such a recommendation for certain historic aircraft (Ex-ICAO, MTOM less that 5700kg and non-commercial). Following detailed discussion with ECAC and specifically joint discussions between the Belgium CAA, EFLEVA and VVMV are delighted that the Belgium CAA have issued this royal Decré; implementing both the 1980 (amateur build) and 2015 (certain historic) aircraft ECAC recommendations.

This announcement recognises the quality, safety and capability of national permit aircraft within the General aviation community. As well as allowing such aircraft to cross Belgium territory it will encourage visits specifically to Belgium

While amateur built/homebuilt aircraft registered in any European Civil Aviation Conference (ECAC) member state have been welcome to visit Ireland without any additional airworthiness paperwork for some time now, classic & vintage aircraft were not until earlier this year when the IAA updated Aeronautical Notice A19. The change concerned aircraft that were factory built, designed before 1st January 1955 and their production ended before 1st January 1975. Previously, they would have held a Certificate of Airworthiness, but now they operate on a Permit to Fly scheme. It doesn’t include aircraft above 5,700kg or ex-military aircraft like the Supermarine Spitfire.