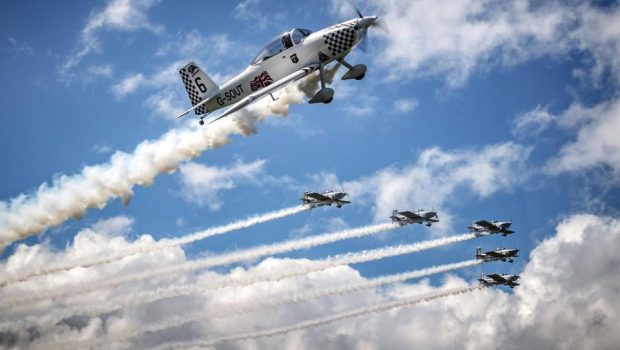 More than 20,000 people are expected to attend the largest ever Foynes Air Show tomorrow. 16 Acts and 30 Aircraft will take to the skies from 13:30 and family entertainment will begin from 12:00. Organisers are advising to come early for ease of access and to enjoy the build-up to the most magnificent air display along the Wild Atlantic Way.

Margaret O’Shaughnessy, Foynes Air Show Festival Director said, “This year’s Foynes Air Show is a massive undertaking for Foynes and indeed Limerick, and has the potential to be the stand out event of 2017 along the Wild Atlantic Way.

“Travelling into the village for the show couldn’t be easier or more stress free. In conjunction with An Garda Síochána, the traffic plan will provide for a comfortable and convenient park and ride system by Dublin Coach for those coming from the Limerick City and Shanagolden side, as well as a park and stride system for those travelling from the Tarbert and Glin direction.  There is also a limited bus service from here for those who may require it. The N69 through Foynes Village will be closed to vehicles from 11am to 6pm on Saturday to facilitate the show,” explained Ms O’Shaughnessy.

David Fielding, Flying Display Director, Foynes Air Show said, “The 16 acts and 30 aircraft on display will be made up of shock and awe displays from Europe’s most skilled military pilots, breathtaking aerobatics by Ireland and Europe’s most experienced aviators, as well as fly pass by some of the world’s most historically significant aircraft.

“This year’s show is so much bigger thanks to the involvement of Irish Aviation Authority.  All of the hard work will be worth it to see World War II aircraft take their place with world class military aircraft such as the Spanish Military’s F-18 hornet, the Swedish Airforce SAAB Viggen and the Norwegian Airforce’s Vampire Jets,” added Ms O’Shaughnessy.

“The Irish Navy Vessel the LE Niamh will also be docked in the port this Saturday, and there will be an air, sea and cliff rescue display by Ballybunion Sea and Cliff Rescue. Among this year’s displays are a number of Irish air show firsts including the show opener the Spanish Air Force F-18. 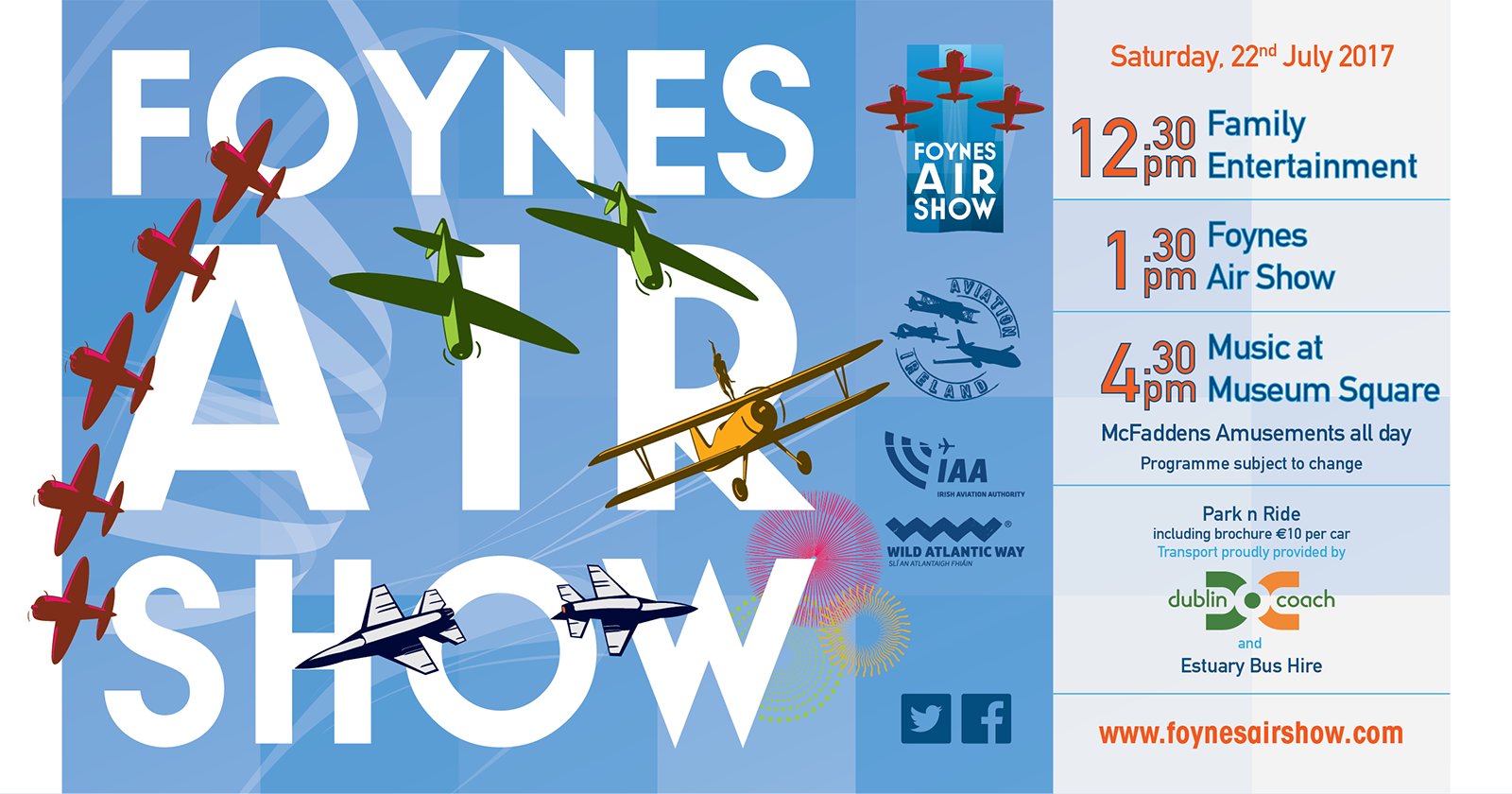 “The Ravens, a six ship RV4/8 Aerobatic formation display team based in the UK will add plenty of drama to the show, while the ‘Swedish Air Force Historic Flight’ will showcase the Viggen jet – the Swedish single-seat, single-engine, short-medium range combat aircraft.

The DC-3, which revolutionised air transport in the 1930s and 1940s, will take to the skies over Foynes, and the Catalina Flying Boat will return to Foynes after 80 years. The Irish Historic Flight Foundation flying Boeing Stearman and Chipmunk aircraft; Eddie Goggins on his Make A Wish CAP 232; Patrouille Tranchant, a Celtic jet team from Brittany, flying four Fouga Magisters are also part of the exciting line-up. The show also includes a Strikemaster, Sukhoi SU26, Pitts Special 2S2 and Russian Mig. 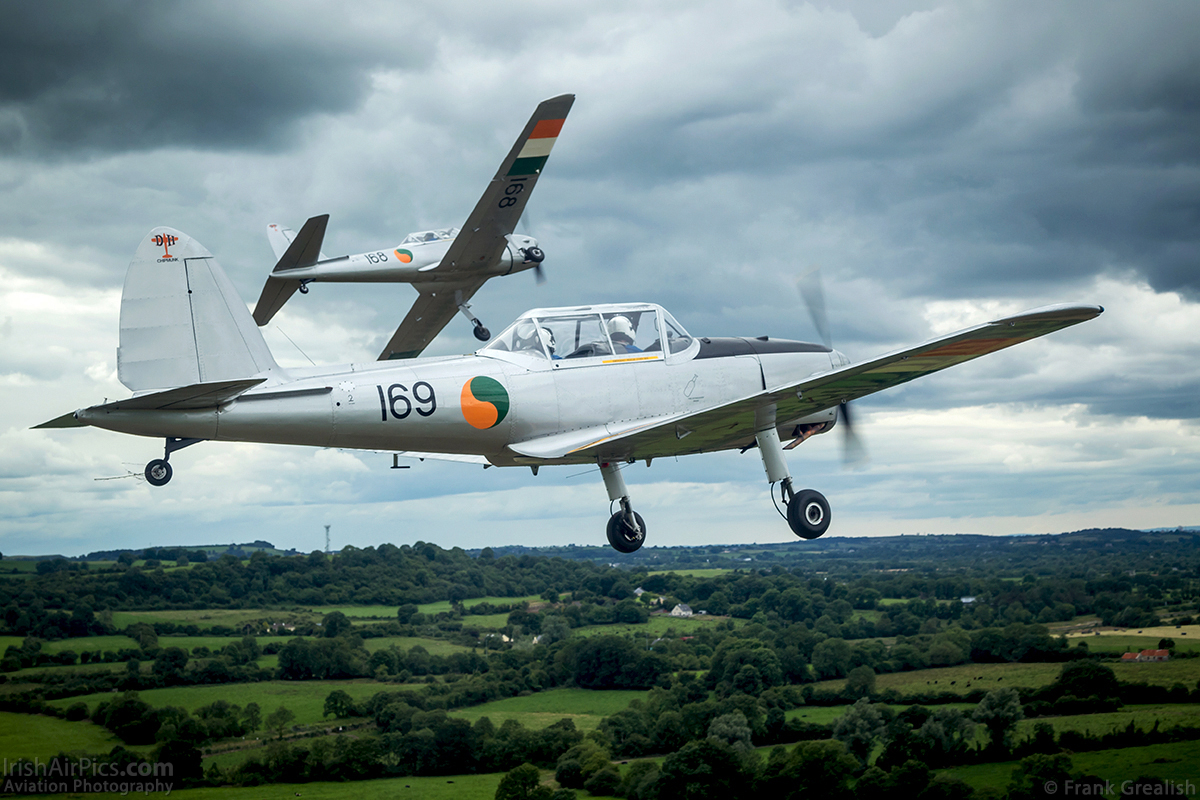 The main supporter of the Foynes Air Show is the Irish Aviation Authority (IAA) as part of its #AviationIreland campaign to promote aviation across the State. The IAA also supports the Bray Air Display which takes place this weekend as well.

Eamonn Brennan, Chief Executive of the Irish Aviation Authority said, “Aviation is a hugely important economic driver for our country and this year under the IAA’s “Aviation Ireland” campaign we are supporting not just one but two spectacular air shows over the same weekend at Foynes and at Bray, making this year an extra special one for fans of aviation across Ireland. We see this as a great avenue to raise the profile of aviation and to generate an interest in our industry.

“Foynes has played a pivotal role in the history and development of aviation in Ireland; a country that always been to the forefront in aviation innovation.”