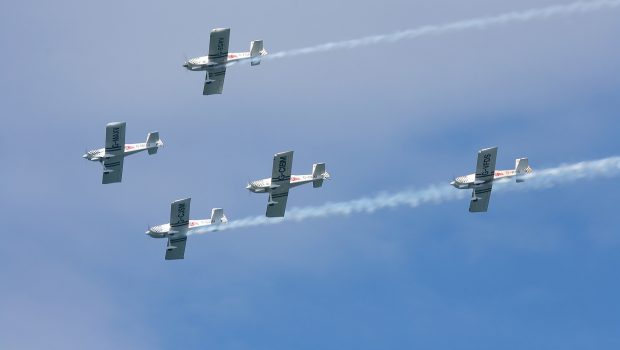 Air Display for the Harbour Festival at Rush

Richard Goodwin in his Pitts Special

Team Raven return to Ireland just two weeks after their fantastic display at this years Bray Air Display. They will also be performing at the Birr Airshow in Co. Offaly on 7th August.

Team Raven is entirely self-funded and has striven to create a professional and effective display team with a corporate image right off the bat that sets the right tone in all that they do.  Although in some senses they are differing characters, the pilots share the same professionalism, drive, enthusiasm and passion for aviation and display flying. The choice of aircraft is purely down to the vision of Steve Lloyd, who having bought an RV4 in 2008 declared that “these things are the future of affordable performance light aviation”.  He was right and in late 2013 he set about forming a team of like minded RV pilots.  Initially keeping the RV4, Steve sold his Yak 52 and embarked on building his RV8 whilst trying to convince the other 2 members of Team Osprey to sell the Yaks and buy RVs – he was 50% successful. The Team name ‘Raven’ came from a play on the letters ‘RV’ and makes more sense if written ‘RaVen’ as per the badge on the sides of the aircraft fuselages. 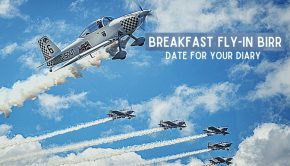