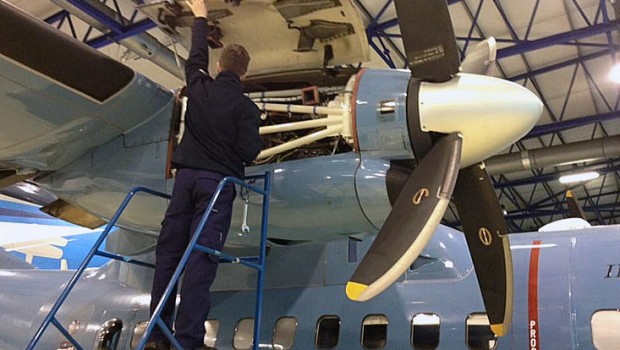 The Air Corps is now accepting applications for the Trainee Military Aircraft Technician scheme. Successful candidates will become an integral part of the Air Corps maintenance team providing technical support to the Air Corps fleet, and will graduate with a Bachelor of Engineering Technology in Military Aviation Technology Level 7 (Tech), accredited by the Dublin Institute of Technology (DIT).

Technicians provide the maintenance and servicing of Air Corps weapons, equipment and aircraft. The Air Corps is looking for young, enthusiastic and technically minded individuals who are looking for the opportunity not just to learn a new trade but also practice it in challenging situations. Trainee Technicians undergo their academic training at the Technical Training School, located in Casement Aerodrome, the home of the Air Corps.

On successful completion of a four month basic military training course, the trainee technician will commence their academic studies. The Level 7 Degree course consists of a three year programme, two semesters per year. Trainee technicians will be instructed in all disciplines of aircraft maintenance including fixed and rotary wing aircraft, power plant and avionics. The programme will consist of;

The subjects covered are;

Candidates must have attained the required minimum educational qualifications at the time of entry into the Air Corps. At the time of entry in to the Air Corps (not application), a candidate must have obtained specific minimum grades in the Irish Leaving Certificate/National Equivalent. The standard minimum entry requirements are passes in five subjects, at ordinary level, including Mathematics and English or Irish and one of the following: Physics, Chemistry, Engineering or Construction studies, or national equivalent qualifications. Foundation Level and Leaving Cert Applied subjects are not reckonable.

A successful candidate is expected to have CAO points equivalent to the requirements of DT 011, which is the civil programme offered by the accrediting Academic Institute — DIT. In 2014 the CAO points required were 340.

The Aircraft Trainee Technician Programme is approximately 4 years in duration. The initial four months is spent in military training learning the basics of soldiering. Thereafter the degree programme is delivered in the Technical Training School. A further three months of military training completes the programme.