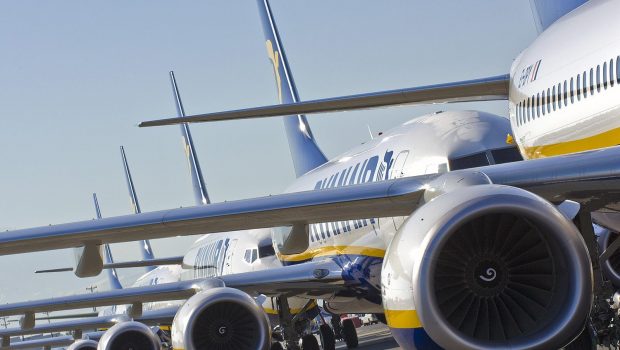 Ryanair have released a video on their social media page of some of its Boeing 737’s under construction at the Boeing plant in Seattle. The Ryanair fleet currently stands at 398 active aircraft. The latest aircraft to be delivered was EI-FZX which was delivered to Dublin on Saturday 27th May arriving as the “RYR800X”. EI-FZX is the first Ryanair aircraft to be delivered with the Short Field Package (SFP). The SFP provides enhanced takeoff and landing performance especially for some of the more limiting destinations around the Ryanair network. Externally the aircraft are almost identical to the existing fleet, the main enhancements being sealed leading edge devices and a change to the ground spoiler logic to provide improved braking for landing and rejected take-offs.