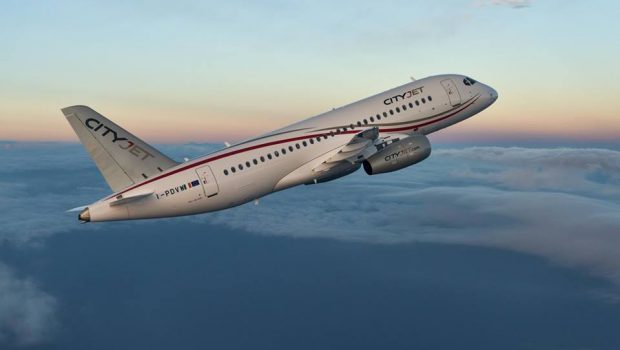 CityJet has announced proposed changes to its operating structure as it continues to move towards its strategic goals of repositioning the overall business towards a stronger mix of scheduled services to London City Airport and developing its growing portfolio of customer airlines for whom CityJet provides aircraft and crew on a wet lease basis.

Under its new ownership, CityJet’s strategy of developing its wet lease business where it operates aircraft on behalf of its customer airlines, in addition to its scheduled services, has resulted in CityJet growing its total fleet from 17 aircraft in 2015 to 44 this year and more than doubling its employees to over 1,100 today.

The airline takes delivery of seven new aircraft in the first half of this year – four Bombardier CRJ900 and three Superjet SSJ100 – and will commence deliveries of up to 10 new CRJ900s from June.  All of these aircraft will operate on behalf of its wet lease customers, crewed by CityJet staff.

CityJet acquired a new crew base in Copenhagen in January when it purchased Cimber Airways from SAS (see here) and will also open a new Brussels crew base at the end of March, both supporting wet lease contracts on behalf of customer airlines at these airports. The airline also currently has crew bases in Amsterdam, Dublin, London, Helsinki, Paris and Stockholm. 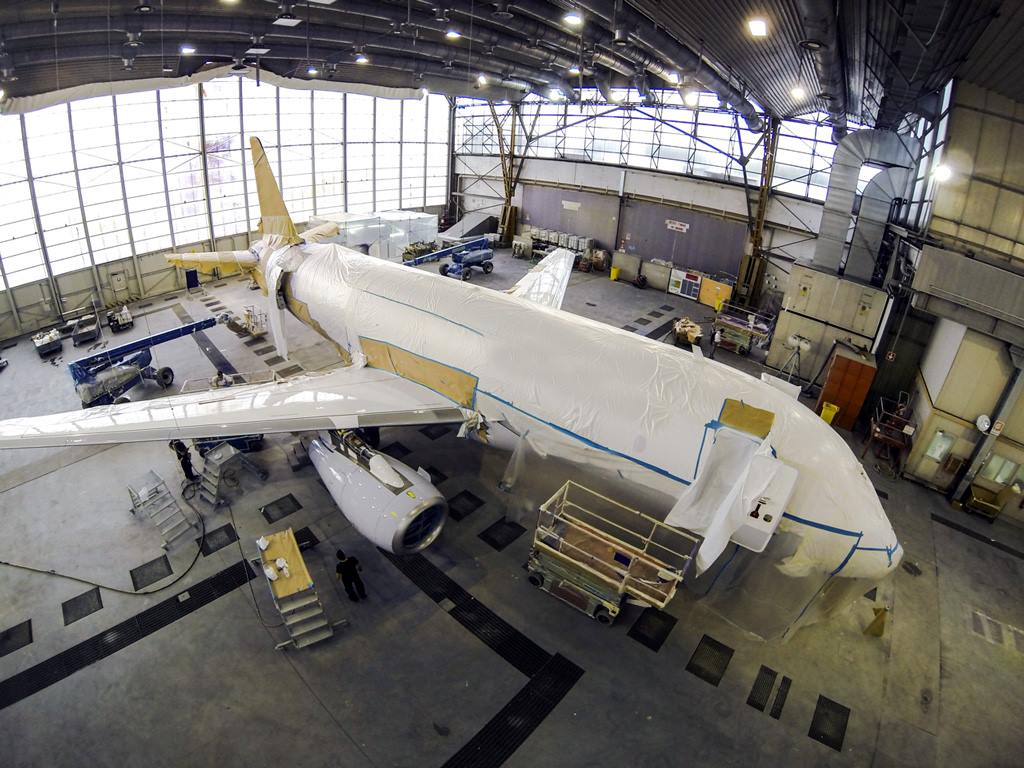 Superjet International released this photo last week of a SSJ100 in what appears to be the Brussels Airlines colour scheme.

In January, Cityjet announced that Brussels Airlines had agreed to wet-lease three Sukhoi Superjet 100s from the airline, starting in late March. The aircraft are planned to replace three Avro RJ100s that Brussels Airlines is retiring. The airline began replacing the aging regional jets in 2016 and has already phased out four aircraft. It plans to retire the remaining eight aircraft by November.

Last week, Superjet International released two photos of a Superjet 100 being painted at their facility in Venice. The aircraft appears to be in basic Brussels Airlines colours and has the serial number 95105, one of the aircraft earmarked for the Cityjet order.

According to routesonline.com, the SuperJet service is currently scheduled from 26th March to 3rd June 2017, gradually operating on the following routes; 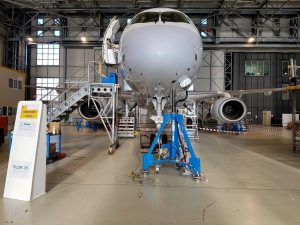 Superjet 100 MSN95105 is earmarked for the Cityjet order so this is most likely the first aircraft for the Brussels Airlines lease.

CityJet Executive Chairman Pat Byrne said “Since mid-2015, we have been actively repositioning ourselves as an aviation business with a mix of wet lease operations on behalf of other airlines, own-brand scheduled flying and ad hoc charter services. We are on course to achieve our strategic aim of having at least 80% of our aircraft operating on wet lease and charter services this year whilst also retaining a robust and high quality scheduled operation into London City Airport.”

Mr Byrne said the airline continues to review its scheduled services in the context of route performance and operational efficiency. The airline has already confirmed the ending of its services linking London City to Paris Orly and Nantes from the end of March, and is also adjusting its operation on the Amsterdam to London City route to four services per day.  In parallel, the airline will be building frequency on its flagship Dublin to London City route, where CityJet’s passenger numbers continue to grow, and will also be introducing a new range of benefits for passengers using its services to London City Airport.

Mr Byrne said: “With the ongoing changes to our network, it is important that we continually assess the efficiency of our infrastructure to support these services. In this context, we have reviewed the business justification for the retention of our crew base in its current size at London City Airport.”

“Consequently, we are announcing today that we will be reducing the size of our London City crew base and we are entering into a consultation process with the staff affected. We will be able to offer some opportunities for employment elsewhere within CityJet but regrettably we expect that there will be redundancies among some of our workforce in London.”

“CityJet remains fully committed to London City Airport and will continue to offer unrivalled service to our customers on our routes,” he added.