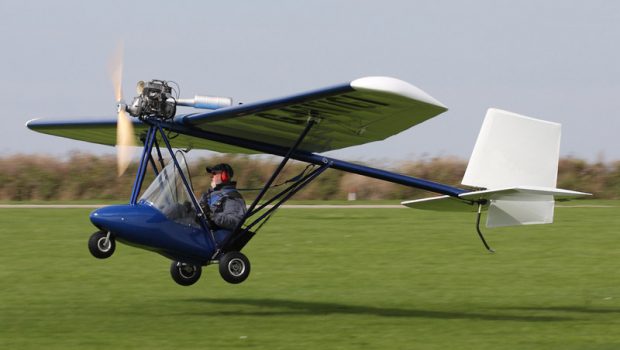 Following a long campaign by the National Microlight Association of Ireland (NMAI), the Irish Aviation Authority (IAA) has changed their stance on how the airworthiness of Single Seat light aircraft is managed. This is similar to the de-regulation of single seat fixed wing microlights (SSDR) that happened in the UK in 2014.

Through the publication of Aeronautical Notice A112, pilots can fly single seat microlights and powered parachutes without an individual Flight Permit. All they have to do is comply with the conditions of AN A112. In the UK, pilots can modify 2-seat aircraft to make them single seat and take advantage of the de-regulation; this isn’t the case in Ireland.

To be allowed fly without an individual Flight Permit, the aircraft must meet this criteria;

(a) the aircraft is registered in the State (Ireland) and,

(b) the aircraft is designed to carry no more than one person and,

(c) the aircraft has a maximum take-off mass (MTOM) of;

(i) no more than 300 kg for an aeroplane, powered paraglider, parawing, parachute, foil, or canopy; or

(ii) no more than 330 kg for an amphibian or floatplane; or

(iii) no more than 315 kg for an aeroplane equipped with an airframe mounted total recovery parachute system.

What are the conditions?

Pilots flying an aircraft using this Aeronautical Notice should read all the conditions of A112 carefully. The registered owner must inform the IAA that the aircraft will be flown under the conditions of the Notice by emailing registration@iaa.ie. This should be done advance of the expiration of a current Flight Permit and certainly before flight without an individual Flight Permit.