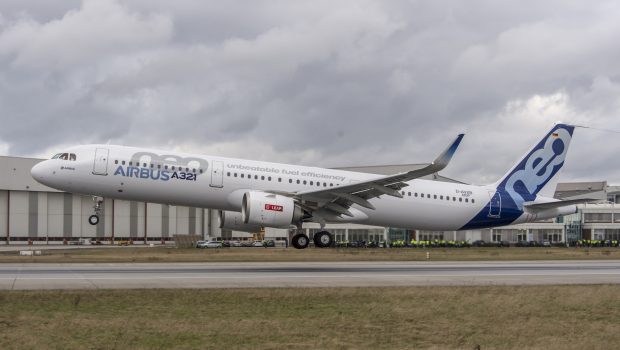 International Airlines Group (IAG), owner of Aer Lingus, has announced its plans to acquire 7 new Airbus A321neo’s for the airline. The deal comes after IAG agreed a new leasing contract with Los Angeles based Air Lease Corporation. The deal is for the LR or Long Range variant of the type. Airbus launched the A321LR on 13th January 2015 with Air Lease Corporation as the launch customer. The typical layout is a 206-seat configuration (16 in business and 190 in economy) and range is 4,000 nm (7,400 km), 500 nm (930 km) farther than the regular A321. The A321LR is taking the place of the B757 in the middle of the market. 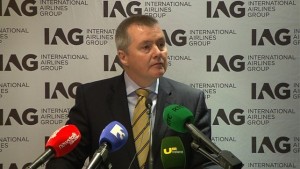 Willie Walsh, IAG’s chief executive, said “The introduction of these aircraft on our transatlantic network will enable Aer Lingus to operate more frequent flights on routes between Dublin and the US East Coast. This will provide additional flexibility for connecting passengers and will strengthen Dublin as the Aer Lingus transatlantic hub.”

Delivery of the aircraft is scheduled to begin in the second quarter of 2019, with three deliveries in 2019 and four deliveries in 2020. Following the announcement of the deal, Steven F. Udvar-Házy, Executive Chairman of Air Lease Corporation said “The lease of the A321neo LR aircraft from ALC is the culmination of a long relationship with Aer Lingus. We have seen their long range fleet evolve from Boeing 747s to Airbus A330s to now Airbus A321s. We take great pride in extending our relationship with Aer Lingus. The A321neo LR aircraft leased from ALC will allow Aer Lingus to eventually replace four Boeing 757s, and add more non-stop routes and frequencies to U.S. and Canadian cities.”

“The A321neo LR will be the perfect aircraft for Aer Lingus to provide its excellent service and allow it to expand into new markets while remaining a very profitable and successful airline,” said Grant Levy, Executive Vice President of Air Lease Corporation. 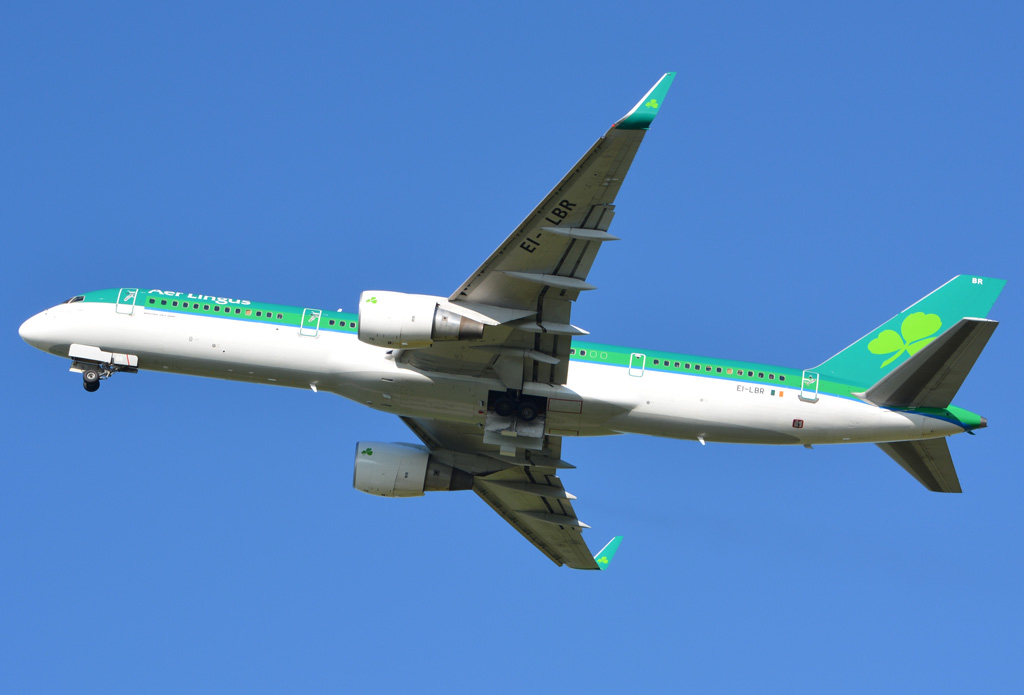 In October 2014, Airbus started marketing the 97 tonne MTOW A321neo LR which features three auxiliary fuel tanks and 100nm more operational range than a Boeing 757-200, 27% lower trip costs and 24% lower per seat costs. This lengthened fuselage variant has structural strengthening in the landing gear and wing, increased wing area and other minor modifications due to higher weights. The Airbus A321neo prototype, D-AVXB, first flew on 9th February 2016. However, the plane suffered a tailstrike three days later, requiring the aircraft be flown to Toulouse for repairs resulting in a delay of several weeks to the certification programme. It received its type certification with Pratt & Whitney engines on 15th December 2016, and simultaneous EASA and FAA certification for the CFM Leap powered variant on 1st March 2017.

It’s expected that Aer Lingus will use the A321neo as a direct replacement for the four Boeing 757’s (EI-CJX, LBR, LBS, LBT) that the airline is currently leasing from ASL Airlines. A321neo will also be able to serve all US East Coast destinations as well North Eastern Canada.

ALC was the first customer for the A321neo LR back in January 2015 and Aer Lingus seems likely to be the first operator. ALC have ordered A321neo’s with both Pratt & Whitney PurePower PW1100G-JM and CFM LEAP-1A engines. The Pratt and Whitney powered A320neo has got off to a shaky start with multiple in service issues. Late-stage flight testing of the PW1100G-JM identified two issues which persuaded Qatar Airways, the original A320neo launch customer, not to accept any A320neo’s until P&W modified the PW1100G-JM engines the airline had selected to power the aircraft.

One was a software issue which caused the PW1100G-JM’s FADEC software to send a number of false warning indications to the pilots’ displays on the flight deck.

The second was a rotor-bowing issue which has meant Lufthansa, IndiGo and GoAir had to endure four-to-five-minute start-up times for each unmodified PW1100G-JM engine which has not had at least two hours’ time to cool down after its previous flight. In such cases, before starting up, each PW1100G-JM has to undergo a period of low-pressure spool rotation at no more than 10 percent of maximum rotation speed. This was to cool the thermal gradient  across the high-pressure compressor (HPC) module. This thermal gradient produced the rotor-bowing issue on the final, eighth HPC stage, which is a one-piece integrally bladed rotor (IBR) produced by P&W.

The rotor bowing causes a less-than-optimal clearance between the blade tips of the eighth-stage IBR and the abradable compressor-case lining which surrounds it, reducing the engine’s efficiency. P&W’s permanent hardware mods for the problem are designed to bring down the maximum cooling time required for the HPC upon engine start-up to 90 seconds per engine.

As of 28th February, Airbus had delivered a total of 82 A320neo with a total of 5,063 from the neo family on the order book. Indian airline IndiGo is the largest operator of the neo with 17 currently in service.