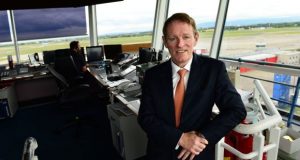 With the Government currently hosting All-Ireland Sectoral Dialogues to assess how the UK’s decision to exit the EU may impact Ireland at many levels, Shannon Chamber is taking a similar approach to the aerospace sector by inviting the CEO of the Irish Aviation Authority to address members at a breakfast briefing in the Inn at Dromoland on Thursday, 9th February.

Outlining the rationale for an event of this nature, Shannon Chamber’s Chief Executive Helen Downes said “As highlighted in the National Aviation Policy for Ireland, published in 2015, aviation plays a crucial role in Ireland’s economy and, as an island nation, we are more dependent on aviation than our trading partners. This 2015 report pointed to the overall value of the sector to Ireland’s economy – €4.1bn to our GDP: €1.9bn directly from aviation, €1.3bn through the supply chain and €0.9bn from associated spending by people employed in aviation.  It supports 26,000 jobs directly and a further 16,000 in the supply chain. Ireland’s tourism, which is dependent on aviation, accounts for a further €5.3bn contribution to GDP and 180,000 jobs.” 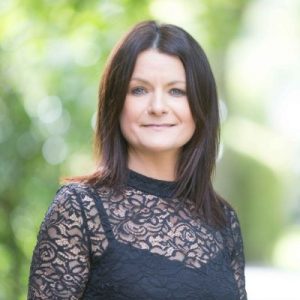 Much of the contribution to these figures come from the lucrative aircraft leasing business, with many lessors based at Shannon. Although aircraft leasing will not be affected as much as others after Brexit, there are still important considerations for the industry. According to PWC, disruption in the aircraft leasing industry is not likely to be as severe as in other financial services industries. As leasing is a non-regulated activity, aviation lessors do not need EU regulatory market access to operate. Although some lessors have leasing platforms in the UK servicing some of their client markets, the UK does not tend to be central to the business model of lessors, with many lessor bases established in Ireland.

Speaking of some of the risks around Brexit, PWC have said immediate and possibly prolonged global economic instability could impact on the airline industry in general with a knock on impact on lessors. The uncertainty could, as in any industry, also have a temporary detrimental impact on investor appetite for specific aircraft lessors with a focus on affected, UK-centric airlines. Any such longer term impact for lessors could be mitigated given the inherent mobility of aircraft and the ability of lessors to move assets to less affected airlines. 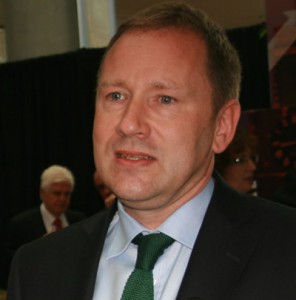 From a tax perspective, with the UK stepping outside of the Single European Market, Brexit will present some new challenges for aircraft operators with cross border operations with the UK (with potential knock-on implications for lessors). The EU is a Customs Union which is unique from a tax perspective in view of the fact that the legislation, rates of duty and customs procedures are harmonised across all EU Member States.

On the other hand, Aer Lingus CEO Stephen Kavanagh is more optimistic about the opportunities “If Heathrow or the UK becomes difficult to transfer through from a European perspective then that again escalates the opportunity for our expanding Irish airports…the lesson is to always look for opportunity and I think that is a distinctly Irish trait because we have such a small home market. We have to be internationally relevant in everything we do.”

“Shannon is an important contributor to these metrics, hence our decision to invite Eamonn Brennan, to share his views on any potential impact the UK’s departure from the EU might have on aviation at a European and Irish level.” said Helen Downes.

Eamon Brennan will share his views on how Ireland, as an EU member state, could be impacted by changes brought about by Brexit. The IAA is a major employer in Shannon, with 400 people employed in its Ballycasey Centre and a further 70 in Ballygirreen, Newmarket-on-Fergus.  85% of its €180m turnover is derived from its Shannon operations. It is inevitable that the Authority is keenly attuned to Brexit’s impact on aviation, at a national and European level.

“It’s a very relevant topic for us here in Shannon and I am delighted that the Shannon Group have also come on board for this breakfast briefing as both sponsor and presenter. Aviation is intrinsic to Shannon and we have to assess and prepare for any impact or indeed positive opportunities the UK’s exit may present” said Helen Downes Shannon Chamber’s Chief Executive.

This breakfast briefing entitled ‘The implications of Brexit on aviation in Ireland and Shannon’ will take place on Thursday, 9th February from 8am – 9.30am at the Inn at Dromoland. Booking is essential via www.shannonchamber.ie/events-training