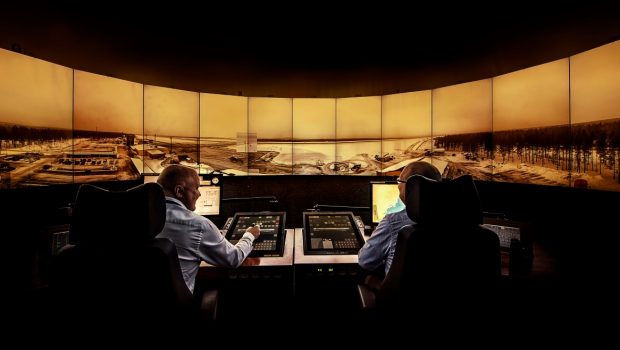 Peter Kearney, Director of ATM Operations and Strategy, IAA said, “Following these trials, we firmly believe that tower services at multiple airports can be safely provided by a single air traffic controller remotely. With carefully designed procedures, it will almost certainly be possible to allow one controller to simultaneously provide ATM services for more than one low volume aerodrome. This would be subject of course to successful completion of safety assessments, regulatory approval and appropriate stakeholder consultation.”

He added that, “The IAA has a strong tradition of being innovative to deliver cost efficiency, improved safety and higher productivity levels.  With this in mind, we are delighted with the outcome of our recent Remote Tower technology trials. We believe this work represents the world’s first trial of multiple tower remote operation’s by a single air traffic controller.”

Back in June 2015, defence and security company Saab signed a contract with the IAA to deliver a Remote Tower Centre to Dublin Airport and the corresponding remote tower installations at Cork and Shannon Airport. Electronic Flight Strips (EFS) were also included in the order to be installed at all three airports. 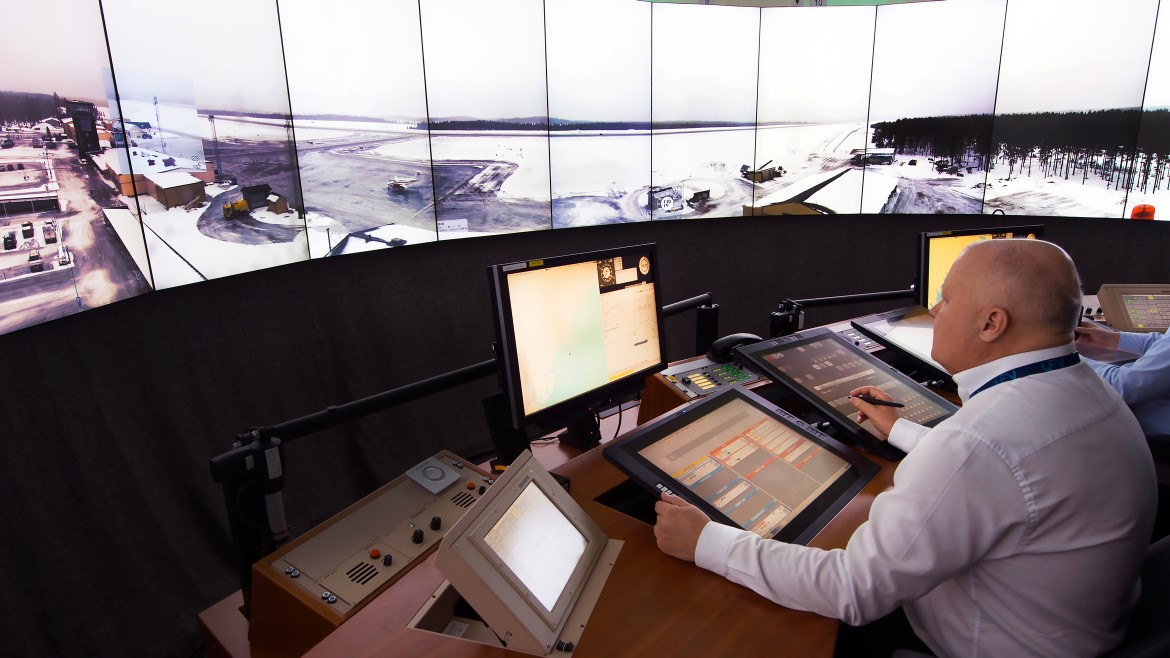 Saab has pioneered the development of remote tower systems and technologies in cooperation with air traffic controllers and air navigation service providers. The Saab remote tower product suite includes high definition cameras and pan-tilt-zoom cameras, surveillance and meteorological sensors, microphones, signal light guns and other devices for deployment at the airport. Data from these sensors are sent to a Remote Tower Centre (RTC) to be displayed in real time. A controller at the RTC has the tools, in addition to live video, to operate the airport in a similar manner as he or she would in a normal Air Traffic Control Tower.

Electronic Flight Strips (EFS) is a system showing onscreen information of the planned air traffic and replaces the traditional system with paper strips in air traffic control towers. Take a look at the video at the bottom of this article for a full demonstration of the Saab Remote Tower solution.

In March 2016, the IAA completed the system installation. This was composed of three main elements: 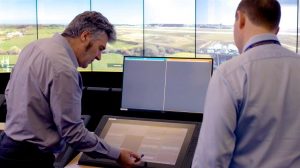 From June to August 2016, the IAA worked to validate the system through operational trials, which tested the bounds of remote tower technology. Trials started with low volume traffic levels to emulate night time operations at Shannon and Cork. Traffic levels were then progressively increased throughout the trials to investigate the level of air traffic that can be safely handled. These trial validated single controller operation of multiple remote towers in a live air traffic environment.

The IAA also demonstrated the significant safety benefits from the enhanced visual displays offered by the Remote Tower Centre. These include integrated track and label information as well as the ability to digitally enhance imagery.

“There are many critical areas to be addressed and these trials are a significant milestone in proving the reliability and integrity of these systems. Remote tower technology will play a vital role in the future of air traffic service provision for aerodromes across the world including Ireland” added Mr. Kearney.

This technology is still at a relatively early stage of development, with only a few operational implementations at isolated airports with few movements. Remotely operated towers do offer significant potential to assist ANSPs to reduce and control their costs in line with airline and European Commission expectations without negatively impacting on safety and/or service delivery. This potential is greatest at smaller, less busy regional airports where the volume of traffic is likely to be insufficient to cover the costs of service provision at a user charge that is sustainable from the customers’ perspective. Furthermore, remotely operated towers may also provide a solution for busier airports in terms of effectively managing operations at night time and other periods of low traffic. 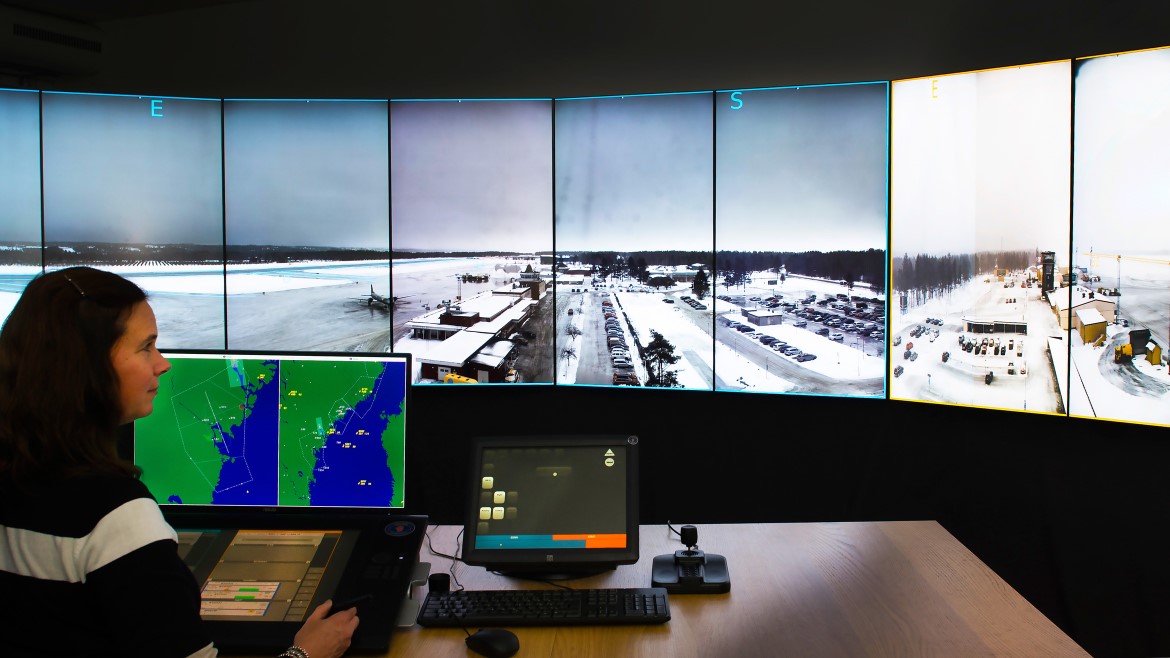 The IAA is delivering this project in partnership with the Dublin Airport Authority and Stobart Air. The project has been co-funded by the SJU as part of the SESAR programme. The aim of this project is to provide Air Movements Control (AMC) and Surface Movement Control (SMC) for Cork and Shannon airports remotely from the Dublin Air Traffic Control Centre.

Saab have a number of years’ experience in this area and have developed a technical solution for operating several airports from a single Remote Tower Centre. Saab delivered the first Remote Tower solution to the Swedish ANSP, LFV. The solution includes an RTC and two connected airports in northern Sweden. The Saab Remote Tower system for LFV is now approved for operation, the first example of a remotely operated airport in the world.

In addition to Ireland, Saab is also currently implementing a remote tower solution for non-operational evaluation to Alice Springs with the RTC in Adelaide, some 1500 kilometres from the airport. The company has recently delivered the Remote Tower solution to the Norwegian ANSP, Avinor. The solution includes an RTC and two connected airports in northern Norway and is planning to move into operational use in the near future.

Contingency trials have been conducted within the SESAR framework at Landvetter Airport, the second largest airport in Sweden. Unplanned events such as systems failure, fire or threat to the tower building can heavily reduce the capacity of the airport or force it to close, which would have severe effects on the air traffic in the region. The trials showed that investment in Remote Tower technology is a cost-efficient contingency alternative. In addition, it supports a high traffic capacity by providing the controllers with a high quality live video feed of the manoeuvring area and aerodrome in the vicinity of the airport. The remote tower can even enhance situation awareness in low visibility conditions. New features such as object tracking and alerting, night vision and image enhancement, are available in this new digital environment to enhance the controller’s situational awareness.

Will we see this concept rolled out at some of the regional airports in Ireland? Only time will tell although currently the IAA only provides ATC services at Dublin, Cork and Shannon. Regional airports employ their own air traffic controllers.

Saab claim that their system may result in smaller airports remaining open for longer or even keeping some regional airports open that otherwise would have been forced to close due to high costs. At some locations, it has been shown that the Remote Tower Regional Airport Solution can enable ANSPs to increase efficiency by up to 60%.  To maximize the efficient use of the tower controllers, ANSPs can group airports depending on their traffic pattern throughout the year, week or even day. The traffic demand at certain aerodromes might be such that it enables RTC controllers to operate a maximum of three aerodromes simultaneously. Thus several movements at multiple aerodromes might be executed in parallel. The system can cope with different traffic types, i.e. commercial, business, VFR, IFR, flying training schools or military. They all benefit equally from the Remote Tower solution.