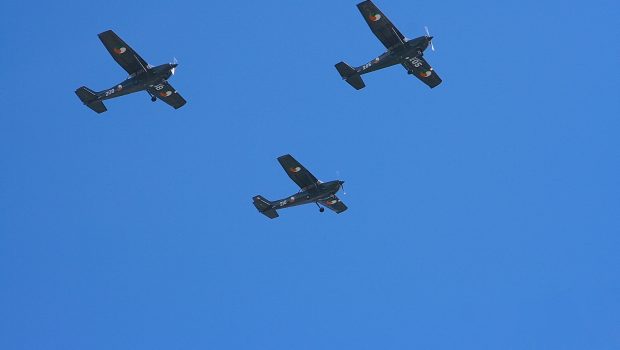 The Minister of State with Responsibility for Defence, Paul Kehoe, has said that his priority was to ensure that the operational capability of the Defence Forces is maintained to the greatest extent possible, so as to enable the Army, Air Corps and Naval Service, to carry out their roles as assigned by Government. In this regard, Budget 2017 secured a capital spending allocation of €74 million, representing an increase of €7 million on the 2017 Defence allocation contained in the 2016-21 capital investment programme. This allocation will facilitate the investment necessary to ensure that the Defence Forces have the equipment and infrastructure to deliver on all their roles as set out in the White Paper. 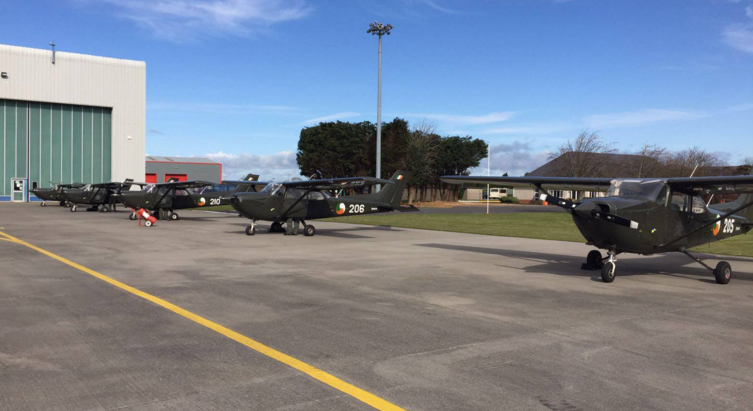 Irish Air Corps Cessna’s on the ramp at Baldonnel

A key replacement programme for the Air Corps is the replacement of the Cessna fleet, with three larger aircraft, suitably equipped for Intelligence, Surveillance, Target Acquisition and Reconnaissance (ISTAR) tasks. It had been anticipated that the tender process for these aircraft would have been initiated in 2016, but as Minister Kehoe outlined to the Dáil on 16th December, the “aircraft specification is currently being prepared and it is expected that the tender competition will be initiated and advertised on the e-tenders website in the near future”. This has to considered as disappointing, given the inevitable time lag there will between tender, selection and final delivery

The two CASA 235s Maritime Patrol Aircraft are due for replacement in 2019. It has been decided that the CASAs will be replaced “with consideration of their replacement with larger more capable aircraft to enhance maritime surveillance and to provide a greater degree of utility for transport and cargo carrying tasks”. However, drawing up a suitable specification could be equally time consuming and it is therefore essential that this work be proceed with immediately.

In a piece posted on 13th November, we noted that the Minister of State Kehoe, had confirmed that a decision was made to replace Pilatus PC-9M, ‘265’, which was written off, following a fatal crash at Crumlin East, Cornamona, Connemara, Co. Galway, just over seven years ago, on 12th October 2009.

Based on information received from Air Corps sources, we reported that this aircraft would be an ex Fuerza Aerea Mexicana (FAM) example ‘2601’, (c/n 669), which had been sourced and would be refurbished and repainted prior to delivery. Following further enquiries in Switzerland and with the Department of Defence, the Department confirmed that the aircraft would be “a new build to the same specification as the current seven PC-9M’s in service with the Air Corps”. It also confirmed that the aircraft being acquired at a cost of €5 million, plus VAT, is “scheduled for delivery mid-2017”. 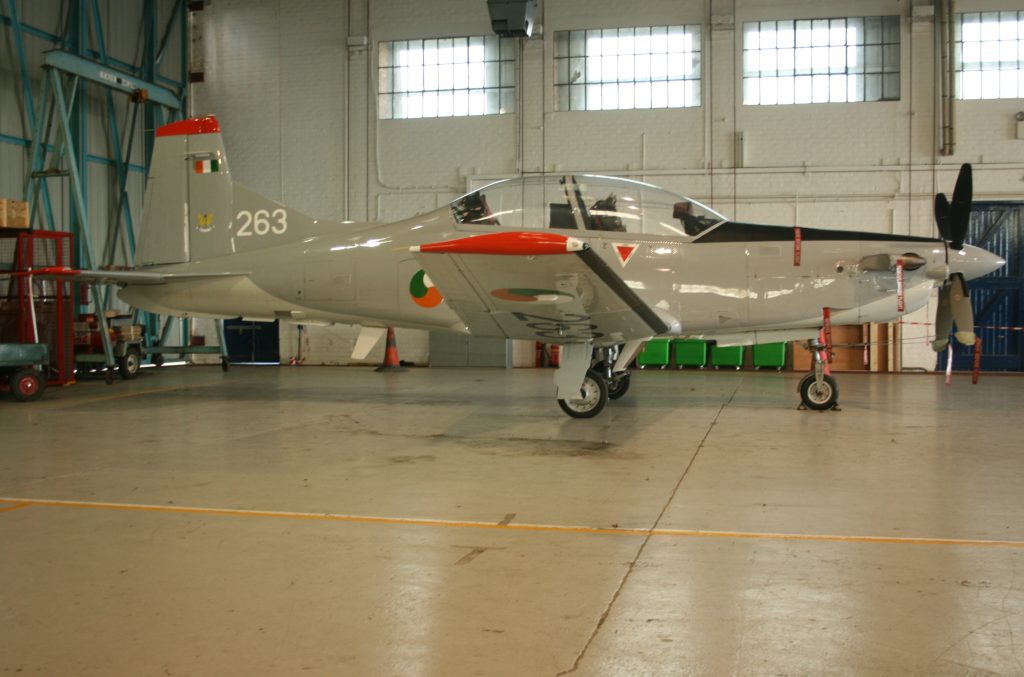 Mexico was indeed the last customer for the PC-9M, and it received two aircraft in September 2006, as part of a larger order for 48 of the turboprop trainers. However, following the use by the Fuerza Aerea Mexicana (FAM) of armed PC-7s to quell a revolt in Mexico’s Chiapas region, the Swiss Government banned the export of the PC-9Ms, stating at the time that the “export of these aircraft to Mexico cannot be justified at the moment”.

Pilatus was very unhappy with the Government decision noting that the negative decision would certainly be viewed, “as an unfriendly act by Mexican authorities,” adding that for the company it would mean “the loss of its largest foreign customer.”

The FAM was Pilatus’ second-largest customer, after the Swiss air force, having purchased 92 aircraft between 1979 and 1992. The FAM was not the only customer lost because of Switzerland’s arms-export laws, as a previous deal to sell PC-9s to South Korea, was cancelled. At that stage Pilatus warned that it might switch production to another country, if the Swiss Government continued to block exports. 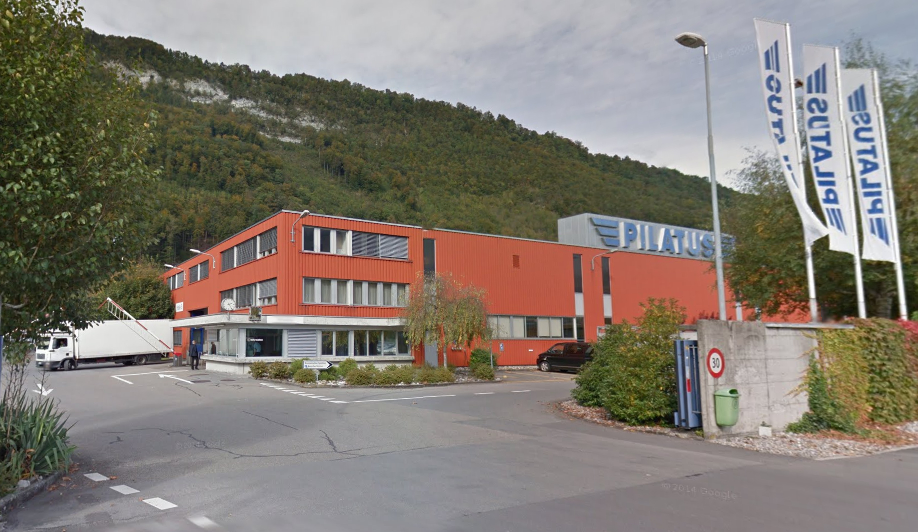 Following the cancellation of the FAM order, no further production was undertaken. While Pilatus received a contract in August 2015, to deliver nine PC-9Ms to the Royal Jordanian Air Force, that order was changed in April 2016 to eight PC-21s.

It now appears likely that the confusion on the new aircraft for the Air Corps was based on the fact that it was next in the production line of the batch originally ordered by FAM.