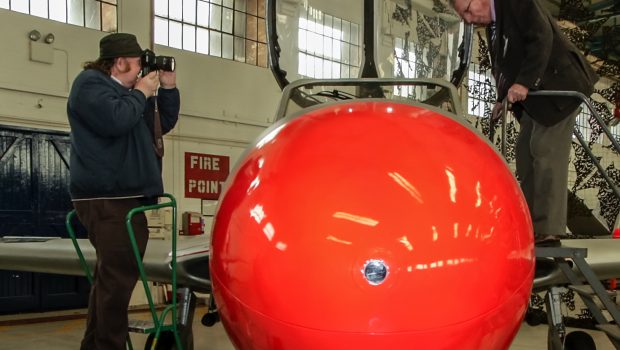 It is with great sadness that we have to report that our friend and colleague Jim Lee passed away suddenly on Saturday afternoon. Jim was an integral part of the Flying In Ireland team and a close friend. He was member of the editorial team from our first issue in February 2005 and produced much of the news section each month with a particular focus on commercial and military aviation. When the magazine ceased production he continued to write for this website and produced a huge amount of content over the last two years. He wrote nine feature articles in the last week alone which is a testament to his hard work and dedication. Jim had a life-long interest in military matters and aviation. Initially, he fused both of these interests together with a passion for military aviation, initially as a photographer. He has travelled extensively over the years and has been the guest of many European Air Forces, plus the air forces of the United States, Russia and others throughout the world. His first introduction to journalism coincided with an interest in the civil aviation industry. He initially contributed to, and later edited, ‘Aviation Ireland’, the club magazine of the Aviation Society of Ireland. He has also written articles for a number of other aviation magazines and has produced several detailed contributions to Government policy documents, most recently the Irish Government’s White Paper on Defence. He was also deeply involved in the local community, voluntary sector and has worked both in local and central government. Ar dheis Dé go raibh a anam.

The feature photo above shows Jim doing what he loved most. The image, by Frank Grealish, was taken in the Irish Air Corps museum in Baldonnel.

One Response to Jim Lee R.I.P.