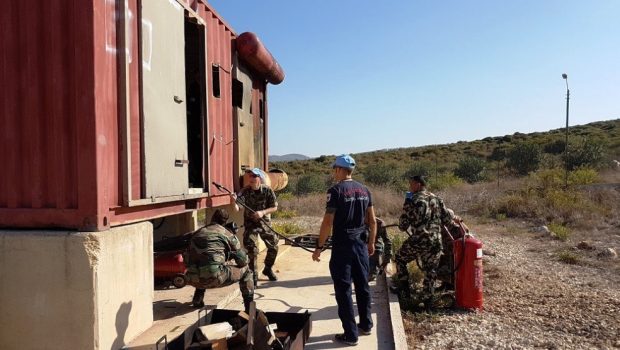 On the afternoon of 17th November, members of the 53rd Infantry Group, United Nations Interim Force in Lebanon (UNIFIL), returned to Dublin Airport, following their six month deployment to Lebanon. A large number of families and friends had gathered in the arrivals area of Terminal 1 eagerly awaiting their loved ones. Some had travelled some distance to be there as the homecoming soldiers are drawn primarily from the South of the Country, with most based in James Stephens Barracks in Kilkenny.

Under the command of Lieutenant Colonel Stephen Ryan, the 53rd Infantry Group, deployed to their operational area, via Beirut Airport, on 18th May, The unit consisted of 186 personnel, with an additional four attached to the Sector West HQ. A further nine were attached to the UNIFIL HQ in Naqoura. There are some 10,500 troops assigned to UNIFIL, backed up by almost 850 civilian personnel, and on 25th May, United Nations Secretary-General Ban Ki-moon announced the appointment of Major General Michael Beary as the Head of Mission and Force Commander of UNIFIL. 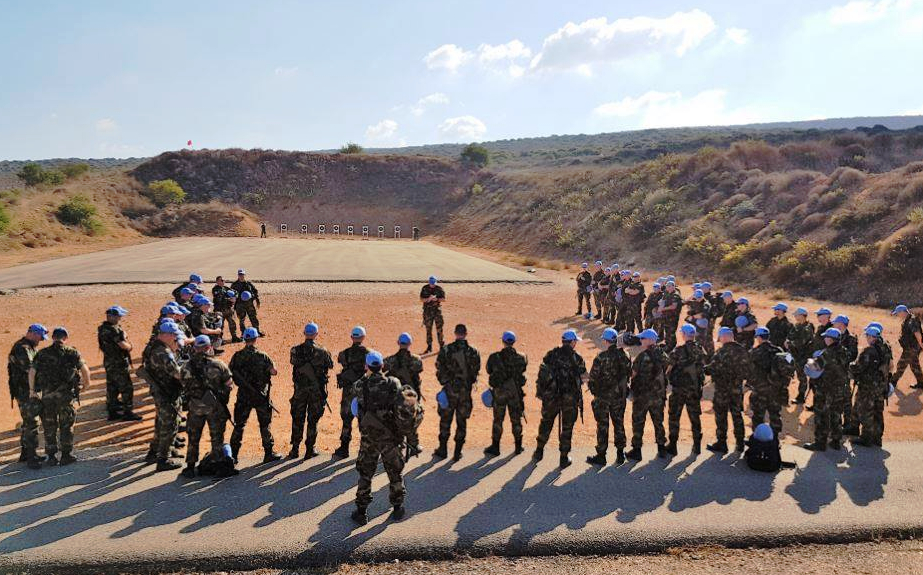 Members of the 109th Infantry Battalion on the range practice

The Head of Mission/Force Commander exercises ‘UN Operational Authority in the Field’ over all military and civilian UN entities, assigned to UNIFIL and commands UNIFIL, exercising operational control over all UNIFIL military elements and military observers.

The appointment is for an initial period of one year. Major General Beary succeeded Major General Luciano Portolano of Italy, who completed his assignment in mid-July.

The 53rd Infantry Group served alongside Finnish Armed Forces, as part of a joint Battalion, which was under Finnish command. During their deployment, they occupied UNP 2-45, a post situation south of the village of At Tiri, which is approximately 7km from the Blue Line boundary, between Lebanon and Israel. The unit was deployed as a Mechanised Infantry Company and during their deployment they conducted extensive patrolling, throughout the area of operations, in addition to monitoring the Blue Line.

Ireland took over command of the Battalion from Finland this November, at which time an additional Company of some 150 personnel, is being deployed to UNIFIL, bringing Ireland’s contribution to the mission to 340 personnel approximately. 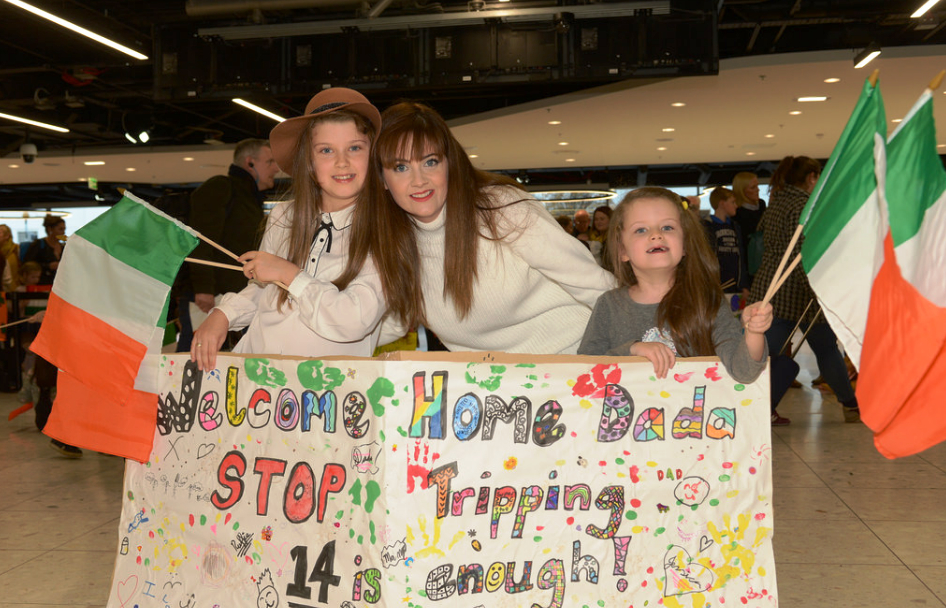 Jessica and Gracie Cronin from Ratoath with their mum Leona waiting on their dad Brian Cronin who was part of the 53 Infantry Group who returned from service with UNIFIL.

Reflecting the revised strength of the replacement unit, it is now known as the 109th Infantry Battalion. Replacing the 53rd Infantry Group, they have assumed the lead of IRISHFINBATT, They constitute the majority of this unit, which also includes a Company of Finnish soldiers and a Platoon of Estonian troops. The IRISHFINBATT will provide extensive patrolling support to the Lebanese Armed Forces, and provide two Platoons to man Observation Posts (one Irish and one Finnish), along the Blue Line. As well as working alongside their Finnish counterparts, the 109 Infantry Battalion will also work with soldiers from countries such as Spain, Italy, Fiji and Nepal.

Given the increased strength of the 109th Infantry Battalion, elements of the unit deployed to Lebanon in advance of the return of the 53rd Infantry Group. This allowed them to commence their handover/takeover (HOTO) process, in advance of the transfer of full operational command of their Area of Responsibility in South Lebanon. As part of that process, they completed range practices, conducted numerous familiarisation tours, focused on significant Counter-IED training and received a wide variety of situational and operational briefs. 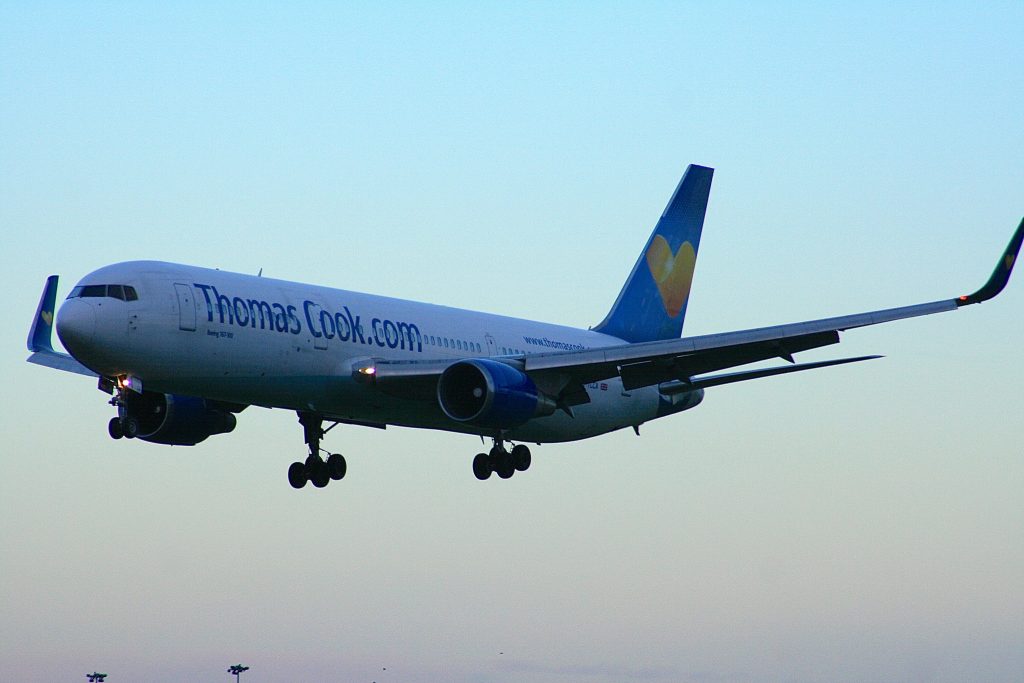 The main body of the 109th Infantry Battalion deployed to Beirut in the early hours of 17th November, departing Dublin on board G-TCCA, just before 03:00. Using the flight number TCX9066, the aircraft landed in Beirut at 09:11 (local). Earlier, at 21:25 on 16th November, the aircraft had departed Manchester, positioning to Dublin as the TCX906, landing just before 22:00. 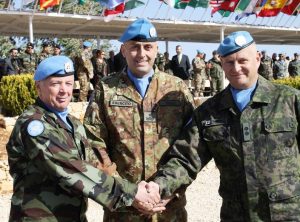 Brig. Gen Cillo hands over control of the IRISHFINNBATT to Lt.Col. Howard from Lt.Col Vanio

With the whole force now deployed, Lt. Colonel Stephen Howard, Commanding Officer of IRISHFINBATT, took over from Lt. Colonel Vanio, FINIRISHBATT during a Transfer of Authority Ceremony in UNP 2-45, where Sector West Commander, Brigadier General Cillo, formally handed over control of the IRISHFINNBATT area of operations to Lt. Colonel Howard.

Members of the 109th Infantry Battalion recently completed a Helipad Managers Course in the United Nations Training School in UNIFIL HQ, Naquora. The course covered all aspects of the correct maintenance of the Helipad at UN Post 2-45, which is essential for Operations in the area of operations. The course concluded with a fire-fighting exercise which was conducted by the Austrian Fire & Safety Service. This exercise simulated a helicopter on fire with passengers trapped inside and represented a challenging and high tempo exercise for all personnel involved.

Prior to their deployment to Lebanon, the 109th Infantry Battalion took part in the customary review by the Minister with Responsibility for Defence, Paul Kehoe. The Minister reviewed the troops in Donegal Town on 24th October, where he commended the troops on their decision to take on the mission. He added that it was important “to acknowledge that Ireland could not make such a substantial contribution to international peace support operations without the ongoing commitment of Defence Forces personnel to serve overseas in often difficult and dangerous circumstances”.

During the ceremony Minister Kehoe extended his sympathies, and that of the Government, to the family and friends of Corporal Gavin Carey, who tragically lost his life in a drowning incident in August, while on pre-deployment training in Finner Camp, in preparation for this mission.

Four days earlier, on 20th October, the Defence Forces Chief of Staff, Vice Admiral Mark Mellett DSM, visited members of the 109th Infantry Battalion as they completed a Mission Readiness Exercise ahead of their deployment.